New Zealand has downscaled COVID-19 alert levels in Auckland, marking the end of restrictions from the Valentine’s Day outbreak.

However, Jacinda Ardern‘s government has been criticised for making the decision on Thursday and delaying the announcement – giving citizens just 30 minutes to prepare.

‘An in-principle decision was decided but it’s all pending on final test results today,’ he wrote, in response to criticism from Kiwi chef Martin Bosley.

‘Feeling really sorry for all Auckland Hospo having to wait until 11.30am today to find out about moving levels. It’s utterly ludicrous. Stay strong, my friends,’ Mr Bosley said. 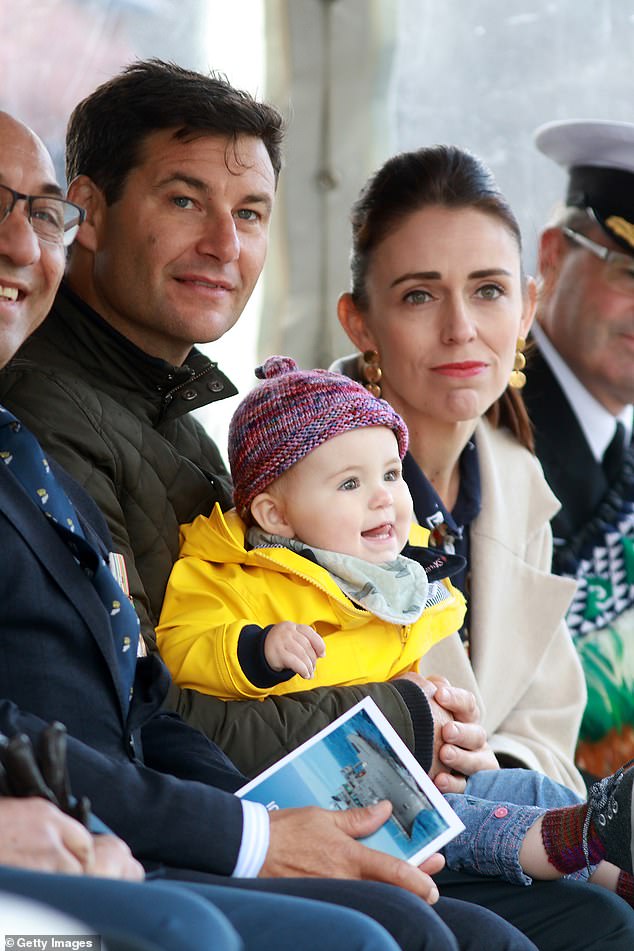 Aucklanders were expecting the shift as there have been no community cases for a fortnight.

One Kiwi sarcastically replied: ‘Thanks Clarke, always good to hear from an elected official.’

Another added: ‘I’m sorry, since when were you part of the cabinet Clarke?’

Others, irritated by his exposure of secret government policy, asked ‘who put you in charge?’ and ‘since when are you a spokesperson for the government?’

At 11:30am, Ms Ardern announced New Zealand’s biggest city would move from alert level two to alert level one as of 12 noon on Friday – just half an hour later.

‘Once again the city stepped up and did what it needed to do … for that we say thank you,’ she said. 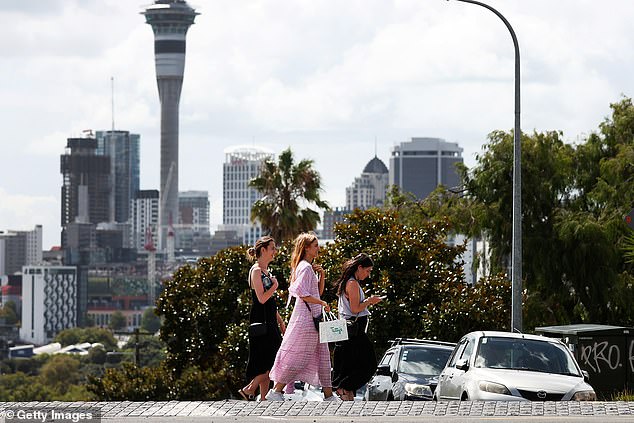 Ms Ardern announced New Zealand’s biggest city would move from alert level two to alert level one as of 12 noon Friday – just half an hour later (pictured, Auckland on March 7)

‘Look after each other and enjoy your weekend.’

The decision allows for crowds to gather to watch America’s Cup sailing, the Auckland Cup racing meet on Saturday, and for postponed Auckland Pride events.

Business and hospitality figures attacked the decision, saying it did not allow them enough time to change staffing and order supplies for a bumper Friday night’s trade.

‘The sector had anticipated a move at 11:59 tonight, which now changes everything for Friday night shows & events,’ he said.

‘We need time to roll out plans, release tickets, change seating/signage. We didn’t get it.’

Ms Ardern said cabinet met on Thursday afternoon and decided to move alert levels, pending any new cases and testing of close contacts – information that was due on Friday morning. 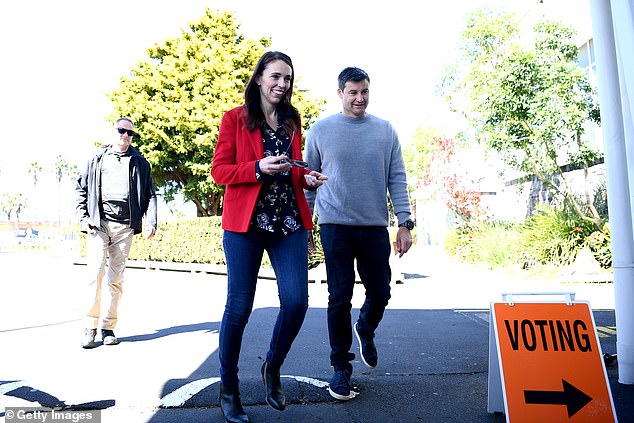 The couple (pictured together in October) welcomed their first child, Neve Te Aroha Ardern Gayford, in 2018

‘I have not seen my partner since yesterday and I really reject the implication,’ she said.

‘He has not known the decision. He’s known the process which is exactly what Ministers have conveyed in the public domain.’

The first was a three-day lockdown beginning February 15.

A week-long lockdown began on February 28 when a new community case was identified without links to the cluster, but was subsequently traced back to the outbreak.

In total, 15 people have tested positive to COVID-19 from the latest outbreak. Health officials are yet to discover its origin.

Running from terror in north-east Mozambique