A man who used a makeshift spear to kill a good Samaritan trying to help a crying domestic violence victim has been jailed for nine years.

Newcastle Supreme Court Justice Helen Wilson on Thursday accepted Paul Newburn was less culpable because his entrenched drug use and extensive criminal history had only started after he was sexually abused as a teenager when being held in a juvenile remand centre.

Justice Wilson said Newburn, who had undiagnosed ADHD and Tourette’s syndrome, turned to heavy use of ice and heroin to cope with the trauma of what happened to him when he was 16 or 17 and had been in ‘a state of panic’ when confronted by the good Samaritan Glen Smith.

Newburn was armed with a makeshift spear – a 1.5m curtain rod with a 30cm knife taped on – when he stabbed Mr Smith who was armed with the shaft of a golf club without the club head. 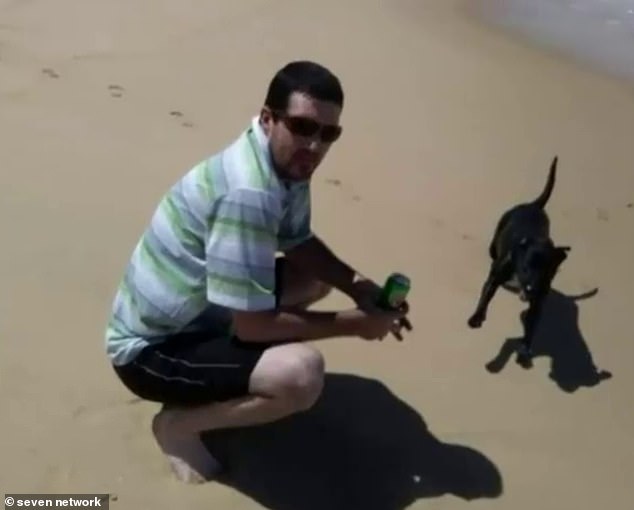 Newburn, 34, who pleaded guilty to manslaughter after initially being charged with murder, told the psychiatrist he was shattered by what he had done and had nightmares about the killing every night.

He was jailed for nine years with a non-parole period of five years and nine months.

Mr Smith, 36, had recently become engaged to Michelle Bell and the couple lived with her two teenage children at Bolton Point, Lake Macquarie, when he was killed on January 20 last year.

Newburn, who had been in a relationship with Lisa Walker for about 15 months, had ordered her out of the house that night after the couple had been arguing and she told him she intended to end the relationship.

At about 8.30pm, Ms Walker headed to the nearby phone box opposite Mr Smith and Ms Bell’s home.

Newburn then walked up the street and yelled abuse at Ms Walker before they began arguing again.

Ms Bell was watching from her verandah and yelled out, ‘You f***ing leave her alone’ after believing Newburn had hit Ms Walker.

Ms Bell walked over to Ms Walker, who was crying.

Having recognised Ms Walker as someone she knew from childhood, she led her into her house as Mr Smith told Newburn to ‘f*** off’. 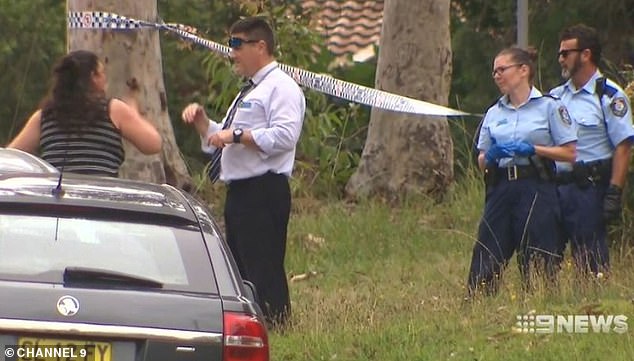 Newburn, 34, who pleaded guilty to manslaughter after initially being charged with murder, told the psychiatrist he was shattered by what he had done and had nightmares about the killing every night (crime scene pictured)

When Ms Walker later asked Ms Bell to walk with her to get her belongings. Mr Smith insisted he would go along as well, but agreed to stay back from the two women.

Newburn came to his front door at about 10.30pm and told Ms Walker she was not getting her stuff and they argued.

At this point, Mr Smith who had been drinking came to the door armed with the golf club shaft, jabbing it through the screen door. Some pot plants were also smashed outside the house.

Newburn eventually went outside armed with the makeshift spear and began jabbing the weapon at Mr Smith.

Mr Smith, 36, had recently become engaged to Michelle Bell and the couple lived with her two teenage children at Bolton Point, Lake Macquarie, when he was killed on January 20 last year (crime scene pictured)

When Newburn stabbed Mr Smith in the upper right thigh, he called out, ‘You have got me in the nuts you f***en dog c***’.

Mr Smith then attempted to stab Newburn with the golf club shaft but he avoided the blow before stabbing the victim in the left side of the chest, penetrating through the fifth rib into his heart.

Mr Smith staggered a short distance, called out ‘he stabbed me’, and fell to the ground.

He was taken to John Hunter Hospital but pronounced dead 10 minutes later.