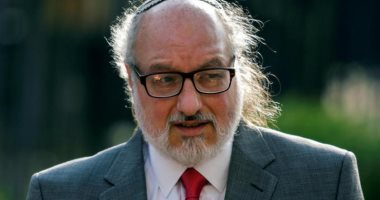 Israel Hayom reported that Jonathan Pollard, a former US Navy analyst who spent 30 years in prison after being convicted of spying for Israel, arrived in Israel early Wednesday morning after travel restrictions imposed on his conditional release expired.

Pollard, 66, has often expressed his desire to immigrate to Israel, which granted him citizenship. The espionage case has strained relations between the United States and Israel for decades.

Pollard was sentenced to life imprisonment in 1987 after pleading guilty to one count of espionage conspiracy. He was released conditionally in 2015. A decision made by the US Department of Justice last month not to renew the travel ban included in the conditional release of Pollard was considered a farewell gift from the administration of US President Donald Trump to its ally Israel.

Israeli officials were not immediately available for comment on the Israel Hayom newspaper report, which said Pollard and his wife Esther had arrived in Tel Aviv on a private plane due to her medical condition.

Businesses to be slugged with a $5,000 fine from FRIDAY if they don't make one simple change