The body which represents NHS hospital trusts says the test and trace systems in England isn’t ready for the enormous demands of winter.

NHS Providers is calling for testing capacity to be quadrupled within three months, a dramatic improvement on turnaround times and a clear plan for regular testing of health workers, according to the BBC.

Chris Hopson, chief executive of NHS Providers, said: ‘If NHS Test and Trace is under pressure now, it’s likely to face even greater pressures this winter.

‘We’ll all, understandably, want the reassurance of a test if we have a cold, flu or a bug with coronavirus-like symptoms.

‘Whilst there are top level plans in place to do this, we need more detail and the NHS trusts that we represent want to know what contribution they will need to make.’

He told BBC Breakfast that going into winter, the country would need ‘probably four times as many tests as we’ve currently got’.

But the app has been plagued with problems since it launched with the latest fiasco seeing up to 70,000 users blocked from logging their test results. 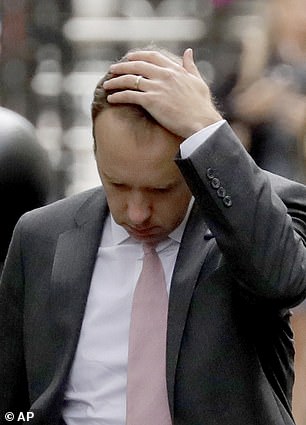 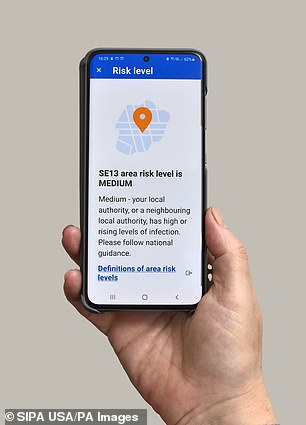 Matt Hancock’s new coronavirus tracing app, which the health secretary has hailed as a huge success, has been hit by multiple flaws and bugs this weekend which have left users confused

Police will carry out spot checks and act on tip-offs to enforce strict new Covid-19 self-isolation rules from today.

People ordered to quarantine after they or a contact test positive for the virus face a knock on the door from officers to check they are not leaving their home.

From today, people across England are required by law to quarantine for ten days if they test positive for Covid-19 or are contacted by NHS Test and Trace.

Officers will ‘investigate and prosecute high-profile and egregious cases of non-compliance’, and ‘act on instances where third parties have identified others who have tested positive, but are not self-isolating’.

Other members of their household must self-isolate for 14 days after the onset of symptoms, or after the date of the positive test.

The app relies on Bluetooth to determine if someone has been within two metres of an infectious person for 15 minutes, but other Bluetooth devices can interfere with the signal, generating a ‘false positive’.

To compound the problems, it has also transpired that the app doesn’t work on millions of older smartphones.

It also requires a code to register a completed test but it is only given if the test returns as positive.

Those with a negative test are only able to register their result if they booked directly through the app – a bug the Government says has been fixed over the weekend.

But users continue to report flaws with the system which users say are confusing.

Maddie, from London, told BBC Radio 4: ‘I had a notification on my phone saying ‘possible Covid exposure’ so obviously as soon as I saw that I clicked it and it took me straight into the app.

‘So I was clicking all the different sections in the app and nothing was coming up with any kind of alert that I’d been exposed to Covid.

‘It was just really confusing and then I didn’t really know what to do.’

Maddie added that because it seemed like an ‘error’ she went about her day as usual.

David Bonsall, senior researcher at Oxford University and a government adviser on the app said: ‘There are notifications that are pushed to the phone from the core bit of software that’s provided by Google.

‘If you don’t have something within the app telling you to do something then you don’t need to worry.’

The Health Secretary said on social media it was an ‘absolutely fantastic’ response so far, and urged more people to download it.

It comes as NHS Test and Trace whistle-blowers told BBC Panorama that they were bored and frustrated and that the system for tracing people who’ve tested positive for coronavirus and their contacts does not appear to be working.

Healthcare professional and NHS Test and Trace whistle-blower Alex Lee says that she only spoke to one person with coronavirus during her four months with the system, after it went live.

The app relies on Bluetooth to determine if someone has been within two metres of an infectious person for 15 minutes, but other Bluetooth devices can interfere with the signal

Another whistle-blower, Tobin Stonelake, employed to call the close contacts of positive cases, told Panorama he had made no successful contact tracing calls during the 10 weeks he was working for the service: ‘It’s demoralising and it doesn’t make you feel good about what’s going on with Covid-19.’

Alex Lee, who worked for the BBC four years ago, and is also the on-screen reporter for tonight’s film BBC Panorama: ‘Test and Trace Exposed’, says: ‘I’m pretty ashamed to say to people, this is what I’m doing, because the whole point of me setting out to do this was to make a turnaround, to make a contribution.

‘I feel like I’ve achieved a big fat zero.’

She was hired as a clinical contact caseworker to call people who’d tested positive, tell them to self-isolate and obtain the details of their close contacts.

She filmed herself on a mobile phone to show how little work she had to do. She can be seen on her computer, wearing a telephone headset ready to call cases and clicking a button labelled ‘start tracing’ signalling that she is available. 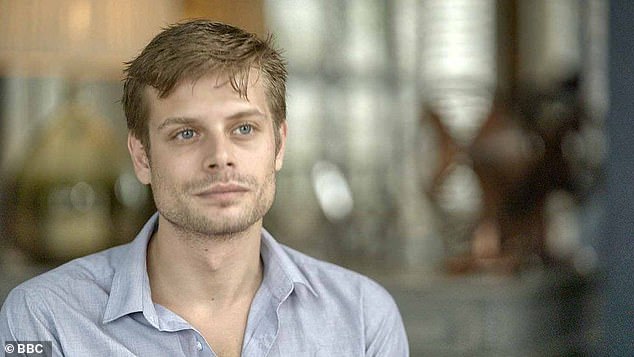 Whistle-blower, Tobin Stonelake, employed to call close contacts of positive cases, told Panorama he made no successful contact tracing calls during the 10 weeks he worked there 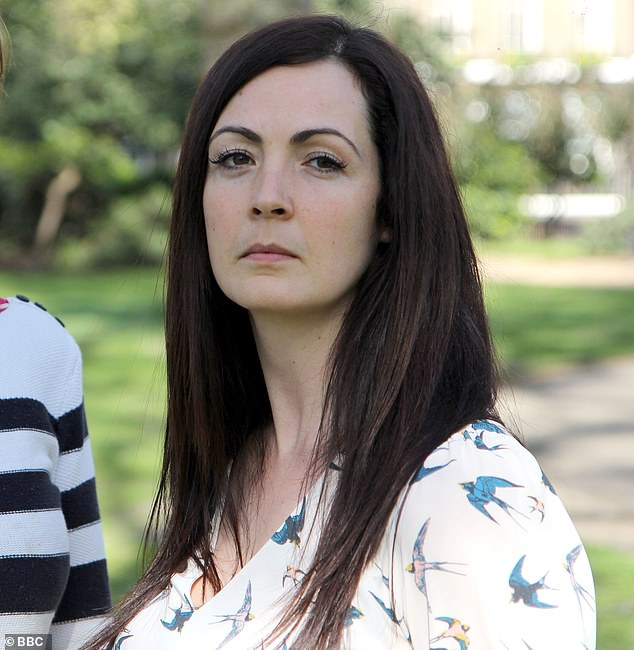 She also records computer glitches and system errors that either prevented her from logging on or following up some cases.

When reporting issues to team leaders, she was told that they were widespread, affecting others too.

Latest Government figures show that just over one in five people who’ve tested positive for coronavirus aren’t being reached by NHS Test and Trace, the system for England that went live last May.

It includes health protection teams who continue to trace cases and their contacts in complex settings like hospitals and care homes.

Panorama also filmed with Leicester City Council. Officials there believe that England’s first local lockdown which followed a spike in infections, could have been avoided had local authorities been plugged into the national system earlier.

Sir Peter Soulsby, the Labour Mayor of Leicester said: ‘If they had been feeding through to us where the positive tests were coming from…We could have intervened at a much, much earlier stage.

‘And there [would have] been no question whatsoever of having to take any special measures, lockdown or other in Leicester.’

The details of people who have tested positive are now shared with local authorities, but only when NHS Test and Trace has been unable to contact them first.

Panorama filmed teams in Leicester cross referencing information they received from Test and Trace, with their own databases to help improve the likelihood of tracing a positive case and persuading them to self-isolate.

A spokesperson for the Department of Health and Social Care said: ‘NHS Test and Trace is one of the largest testing and contact tracing systems in the world.

‘The service is working hard to break chains of transmission, with almost half a million people who may otherwise have unknowingly spreading coronavirus contacted and told to isolate.

‘We’re working with Directors of Public Health and have more than doubled the size of local health protection teams to increase local contact tracing and stop outbreaks.

‘We are also providing tests at an unprecedented scale – over 225,000 a day on average over the last week – and expanding capacity further to provide 500,000 tests a day by the end of October.’

The DHSC also told Panorama any technical issues which emerged with the establishment of the new service have been resolved quickly and it says whilst it keeps staffing levels under constant review, it is right to have capacity in the system as the infection rate and thus call handler requirement can increase at an exponential rate on short timescales.

Monks manager: We invested in a Japanese housebuilder for growth

Monks manager: We invested in a Japanese housebuilder for growth