Trainer Paul Nicholls will now delay his decision on whether Cyrname runs at Ascot or Wetherby on Saturday until declaration time on Thursday.

The Charlie Hall Chase at the West Yorkshire track had seemed the gelding’s definite target — and it still appears to have the edge.

But Nicholls said carrying top weight — Cyrname would have to give 15lb plus to his opponents — in the more valuable Sodexho Gold Cup at Ascot is also tempting given Cyrname’s good record at the Berkshire track. 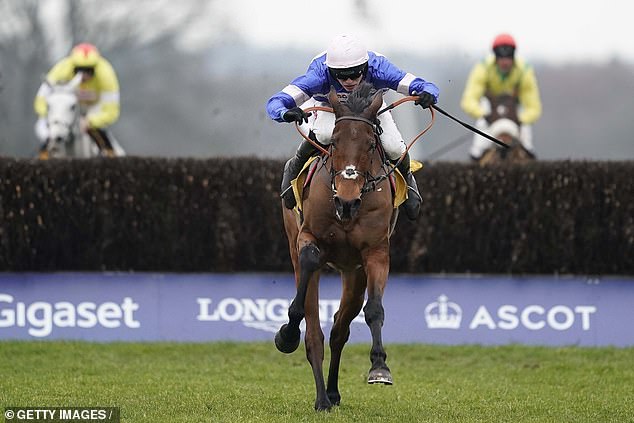 Nicholls said: ‘I want to see what the ground is like at both tracks and have a little look and think.

‘Ascot is a valuable prize and Cyrname has always gone well there. He has a big weight but if he does run a lot of the others maybe won’t because they will be out of the handicap. It is an option worth considering.

‘The weight at Wetherby is a bit different but with Ballyoptic in there it will be an end-to-end gallop. Neither race will be a cake walk.

‘It is a bit of a headache but I want to run my horses in the right races and have a nice back-up in the Charlie Hall in Black Corton.’

Entries for the next week’s Breeders’ Cup are unveiled on Wednesday. Aidan O’Brien should have at least eight runners headed by Magical and Mogul in the mile and a half Turf, a race he has won six times.

Others in the O’Brien team bound for Keeneland in Kentucky include Circus Maximus and Lope Y Fernandez (Mile) and Battleground (Juvenile Turf).

Meanwhile, the importance and future of the on-course betting market has been dealt a blow with news that Ladbrokes and Coral are to depart the arena after their 106 pitches in Britain and Ireland were sold by parent company GVC.