Nick Kyrgios will play no further part at Wimbledon this year, conceding his third-round match against Felix Auger-Aliassime due to an abdominal injury.

The Australian star began to struggle while commanding a 5-2 lead in the opening set, calling a time-out to be treated while grimacing in pain.

Complaining of being unable to serve, Kyrgios was forced to retire from the match, sending Auger-Aliassime through to the fourth round. 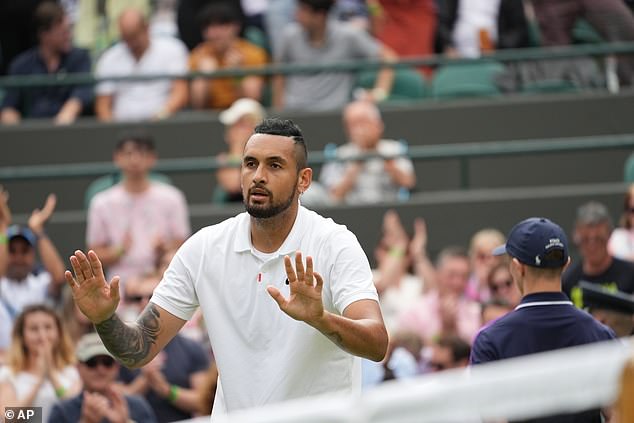 'You're the worst player': Jelena Ostapenko RAGES at Ajla Tomljanovic after losing at Wimbledon