Nicolas Pepe scored a wonderful curling effort to seal a 3-0 Europa League win for Arsenal against Irish side Dundalk on Thursday evening.

In the opening moments of the second half, the Ivorian winger scored the Gunners’ final goal of the night by rolling the ball under his foot on the edge of the area before firing in a superb strike with his weaker right foot into the top corner of the goal

Arsenal boss Mikel Arteta was full of praise for the 25-year-old’s stunning strike after the game which was Pepe’s second goal in three home games in north London. 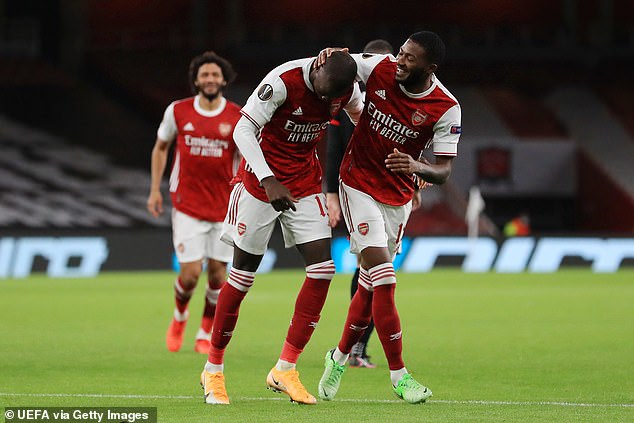 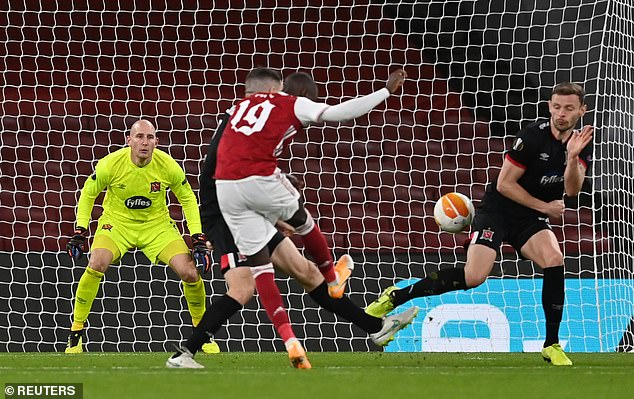 The Spanish manager told BT Sport: ‘It was (a beautiful goal) – on his right foot as well, which was strange. But it was a great goal.’

Pepe has had a mixed opening 15 months at Arsenal following his club record £72million move from Lille. The winger has been in-and-out of the Gunners starting line-up since his arrival but has often shown glimpses of quality that justifies his heft transfer.

After a mixed reception from former boss Unai Emery, who claimed in an interview earlier this year that Pepe was not his first-choice transfer option at Arsenal, new boss Arteta has given the player a chance to become an Arsenal great.

Speaking in September about Pepe’s potential at Arsenal, the current Arsenal manager said: ‘I think he’s come a long way. We know what the club paid for him when he joined and that was obviously an extra pressure but he’s a player who’s had to adapt, it’s a different style. 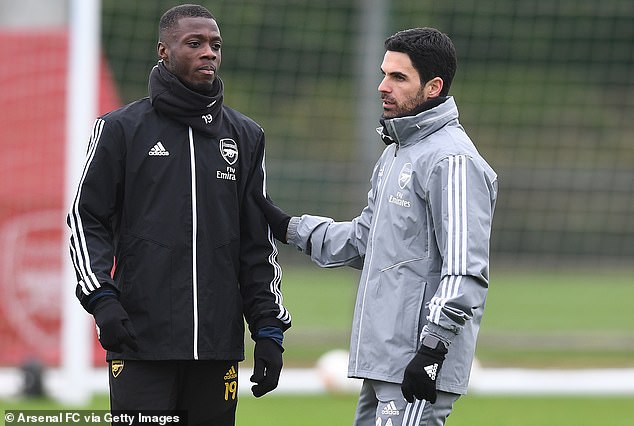 Mikel Arteta (right) praised Pepe (left)’s goal, having backed the winger to do well at the club

‘He has a really good attitude. We can see he has developed in a lot of phases of his game.

‘He’s very settled here, he’s liked by the boys, he is a really good character to have around and I’m very positive that we’re going to have him for many years and that he can perform at a really high level consistently.’

Pepe’s goal against Dundalk was his second of the season, his first coming in the 2-1 victory over Sheffield United at the start of the month.

It was also his tenth goal for the club since arriving at the Emirates Stadium in August 2019, with that landmark coming in his 52nd Arsenal appearance in all competitions.