Nikki Bella shows off her post-childbirth progress: ‘Mama is almost back to her pre baby body!’


Nikki Bella displays her abs as she shows off her impressive post-pregnancy progress: ‘Mama is almost back to her pre baby body!’

Nikki Bella showed off her post-baby body on Friday as she talked about her fitness progress.

The 37-year-old reality star’s toned tummy and sculpted arms were in full view as she posed for a snap she shared to Instagram.

The former professional wrestler also wrote a brief message in the post’s caption, where she proclaimed, ‘Mama is almost back to her pre baby body!’ 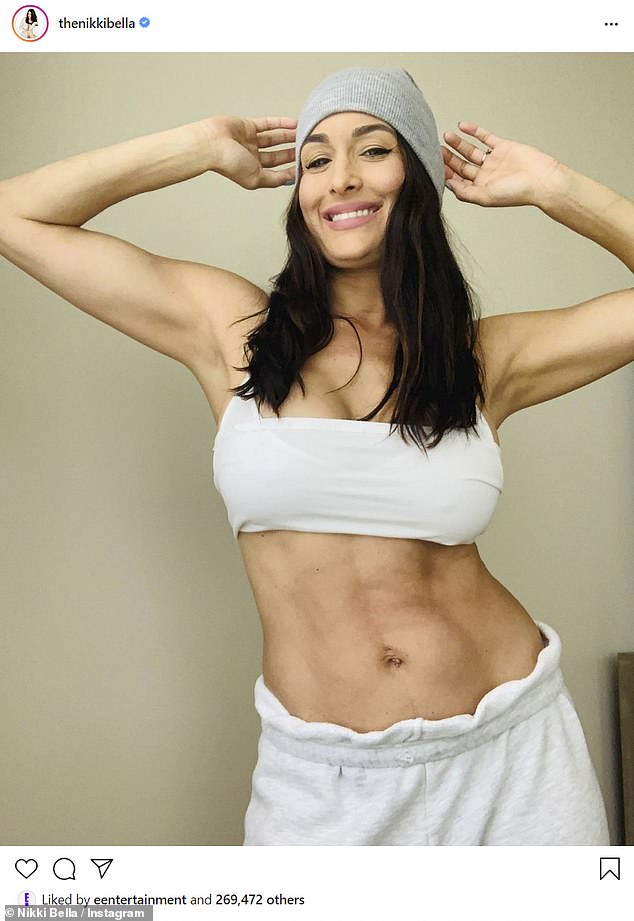 In the post, Bella attributed her progress to ‘healthy eating…workout activity and Emsculpt Neo,’ the last of which is a machine that was recently developed to aid in the breakdown of abdomen fat.

The Total Bellas co-star wore a white sports bra in the photo; her bright clothing emphasized her impressively toned tummy.

She paired her top with a set of light grey sweatpants and a beanie in a slightly darker shade; much of the reality television star’s beautiful dark brown hair shot out from underneath her headwear and fell onto her chest.

Bella gave birth to her son, whom she named Matteo Artemovich Chigvintsev, in July of last year; in the months before her child arrived, she regularly updated her Instagram with shots of her growing baby bump. 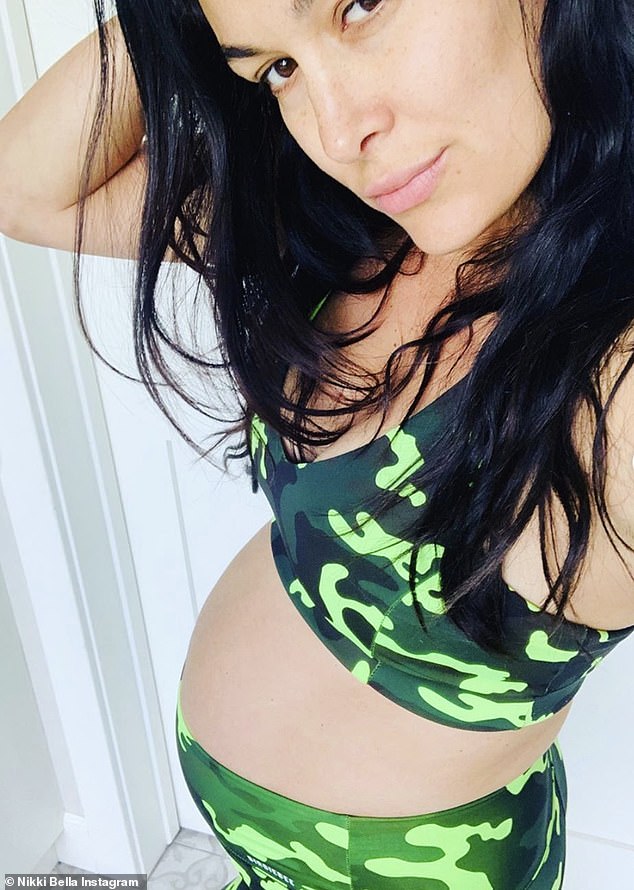 Big things happening: The former professional wrestler gave birth to her first son, whom she named Matteo Artemovich Chigvintsev, in July of 2020 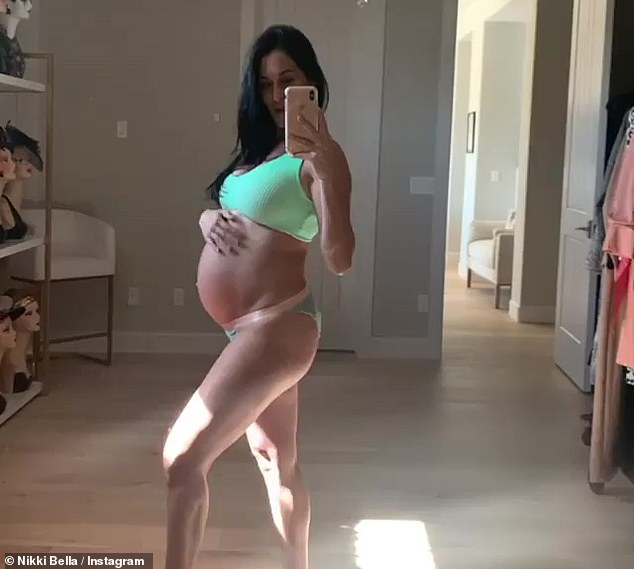 Getting it out there: Before the birth of her child, Bella would regularly post photos to her Instagram account to show off her growing baby bump

She welcomed her child with her husband Artem Chigvintsev; the two met while filming the 25th season of Dancing With The Stars and announced their engagement in January of 2020.

That same month, her twin sister Brie announced that she was pregnant with her second child, whom she shares with fellow professional wrestler Daniel Bryan.

Prior to her involvement with the professional dancer, Bella was in a long-term relationship with WWE mainstay John Cena; the two began dating in 2012.

The former couple became engaged after appearing together at Wrestlemania 33 but called off their wedding less than a month before it was supposed to occur.

The reality television star was also briefly married to her high school sweetheart, although their marriage was annulled after three years. 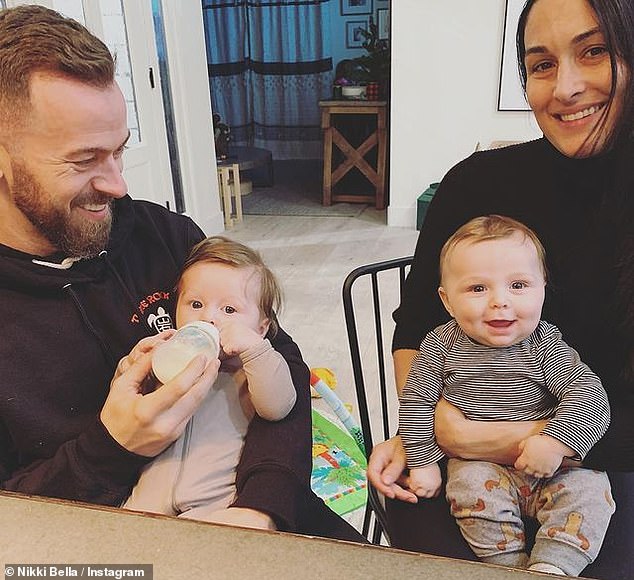 Momentous month: In January of 2020, Bella announced that she was engaged to her DWTS partner Artem Chigvintsev, and her twin sister Brie revealed that she was pregnant with her second child shortly afterwards

During a recent interview with SheKnows, Bella spoke about how her goals and direction in life changed after her son’s arrival.

The wrestler expressed, ‘people were very understanding when I was simplifying everything and not always being a part of the hustle — it was like my hustle kind of changed in a way that I knew I wanted to be the best mom ever.’

The reality television personality also noted that, while she was still involved in various projects, she was still getting adjusted to turning things down in favor of taking care of herself and her family.

‘I’m still working on stuff…But it’s about getting used to using “no” — and starting to put yourself first,’ she said. 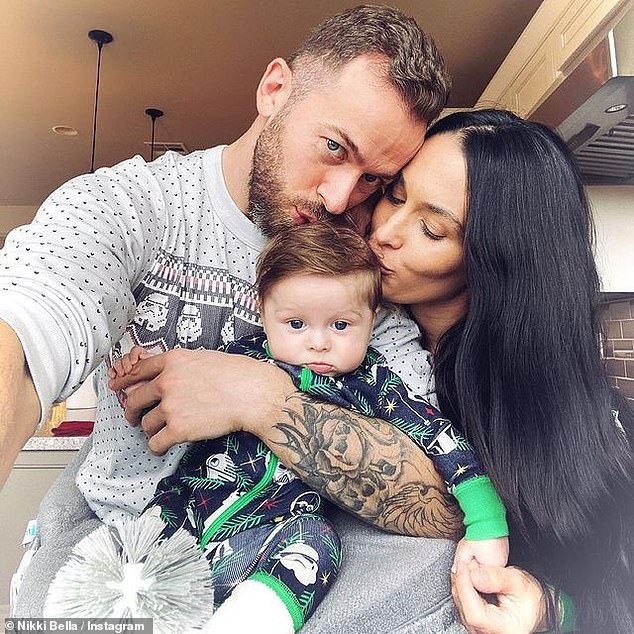 Changed priorities ahead: During a recent interview, Bella noted that her personal goals in life were  significantly altered when she came to the realization that she ‘wanted to be the best mom ever’