Nine families who saved their homes from demolition to make way for a carpark have spoken out about how they won their battle with the government.

Transport NSW had plans to forcibly acquire a strip of properties next to Jannali train station, in Sydney’s Sutherland Shire, to build a multi-storey commuter carpark.

But after the local community launched a campaign against the development, the department called residents on Thursday to announce the plan had been aborted.

The affected residents included a widowed single mother, a cancer survivor and a man with cerebral palsy.

Speaking to the Today show, residents Liam Mulhall and Bec Hewitt – wearing ‘Save our homes’ t-shirts – cheered for joy at the news they wouldn’t be losing their houses. 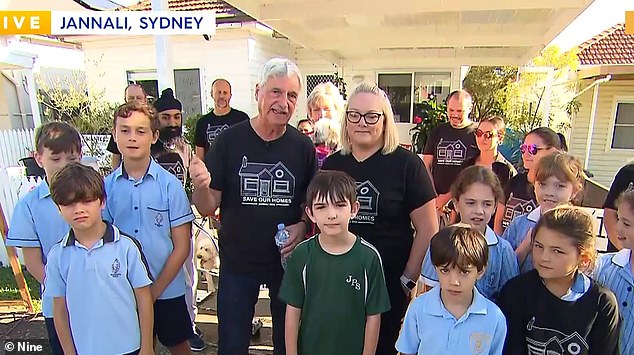 Transport NSW had plans to forcibly acquire a strip of properties next to Jannali train station, in Sydney’s Sutherland Shire, to build a multi-storey car park (pictured residents including Liam Mulhall and Bec Hewitt)

‘We have mixed emotions. This was never all about money, it was about our community and we are absolutely ecstatic that our homes are saved but we’re also angry,’ Mr Mulhall said.

‘We’re angry that they almost weren’t and we’re so grateful for the support that we’ve got – it’s people power that’s stopped this happening.

‘We always knew we had something special here, we always knew communities matter and we hope the state government now have a better appreciation of that and no one else has to go through what we’ve been through.’

Ms Hewitt said her and the other residents couldn’t thank the local community and Mayor Steve Simpson enough for their ‘unwavering support’. 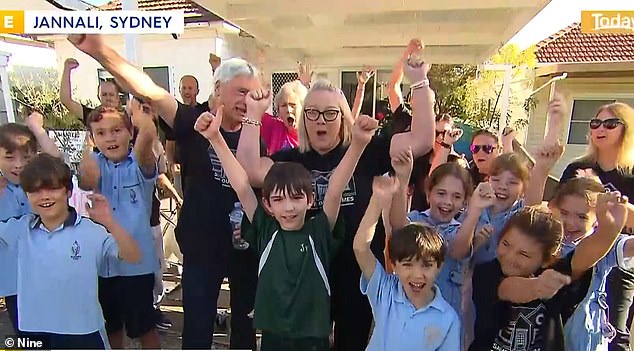 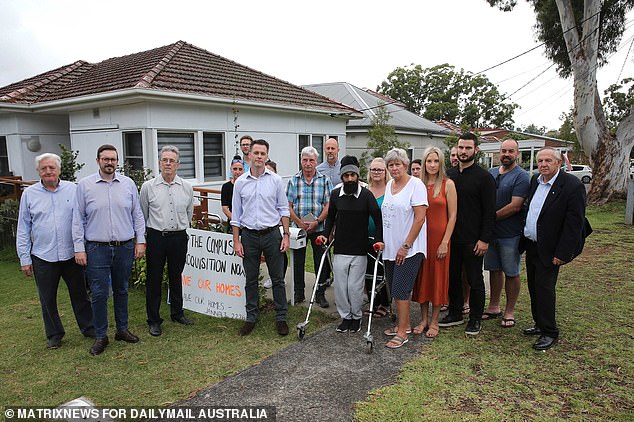 Nine Sydney families have been told they will be able to keep their cherished Jannali homes after the government backed down from plans to turn the block into a car park. Pictured: NSW shadow Transport Minister Chris Minns (pictured to the right of the sign) visiting the residents last month The department had last month threatened to demolish the homes if Sutherland Shire Council did not hand over the Jannali Shopping Centre car park as an alternative site.

The council refused the proposition and are now understood to be negotiating a different arrangement with Transport NSW.

A council report submitted to the government department has proposed the shopping centre instead be rezoned for an integrated development that will include both retail and commuter parking.

Last month, two bureaucrats from Transport NSW door-knocked on the nine families home to unceremoniously break the news their homes would be demolished – and there was nothing they could do about it.

The first knock was answered by a man with cerebral palsy who just finished refurbishing his home to make it more accessible. 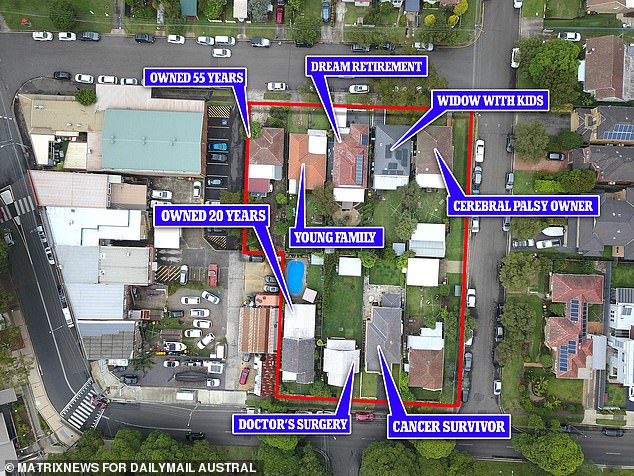 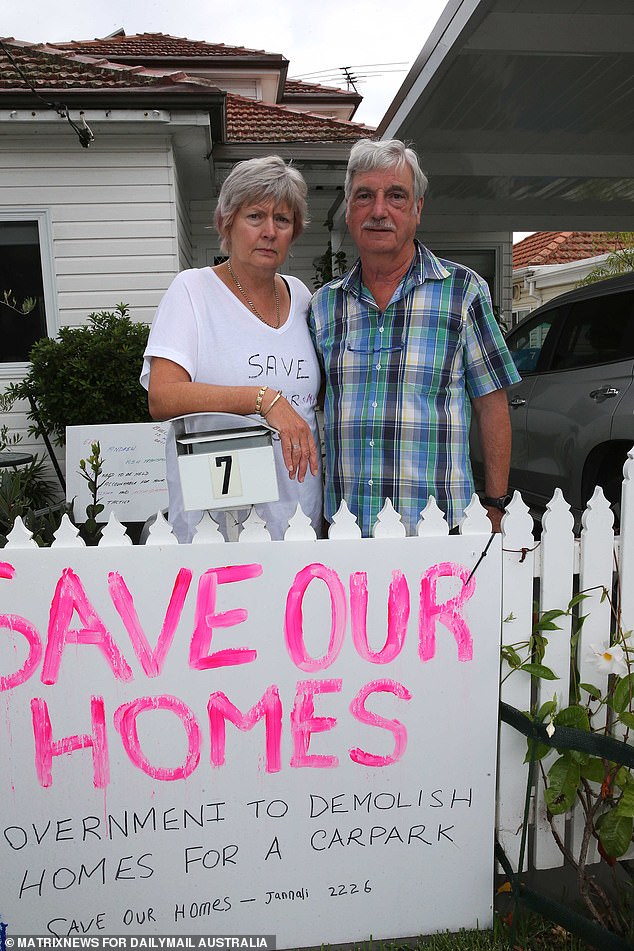 Helma Mullhall and her husband Liam, who have lived in their Jannali home for 20 years, were last month told their property would be forcibly acquired by Transport NSW 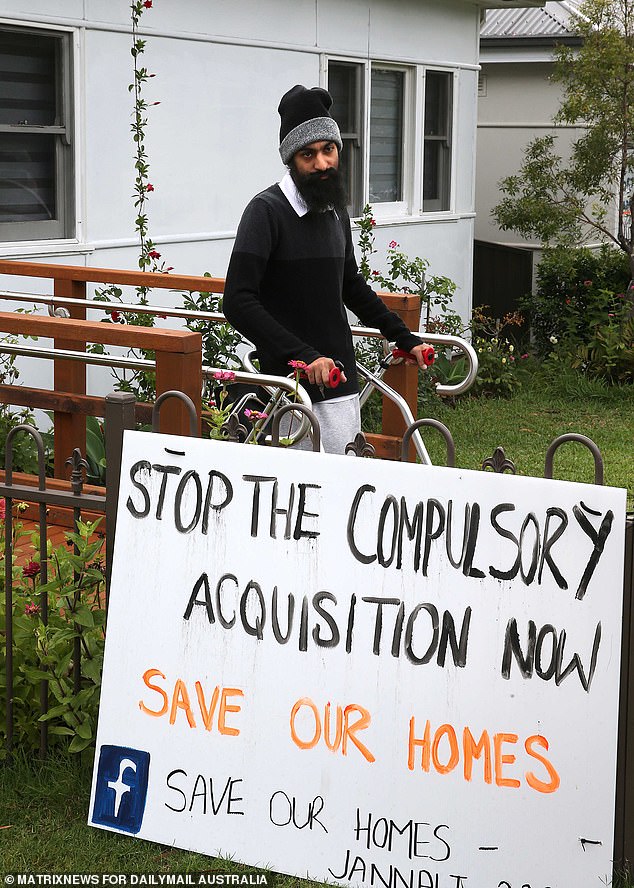 Ishpal Singh (pictured), who has cerebral palsy, has lived in the area for 15 years and had only eight weeks ago finished upgrading his home with ramps, rails and an automatic door when

A widowed single mother was next to be bailed up as she stood in the driveway strapping her and her sister’s children in the back of their car as they got ready for school.

After that a cancer survivor, a woman who suffers chronic anxiety and two families who’ve lived in their homes for decades were also told.

Under compulsory acquisition laws, home owners have six months to negotiate a price before getting the boot.

But when private land is forcibly acquired for a public project, property owners are only entitled to the current market value of the home – nothing more.

Helma Mullhall and her husband Liam have lived in their home for over two decades and had just spent over $100,000 renovating the property to make it more comfortable for their golden years.

‘We bought the place with the long term intention of retiring here and maintaining our independence as much as possible because it’s close to the shops, medical facilities and the train station,’ Mr Mullhall previously said. 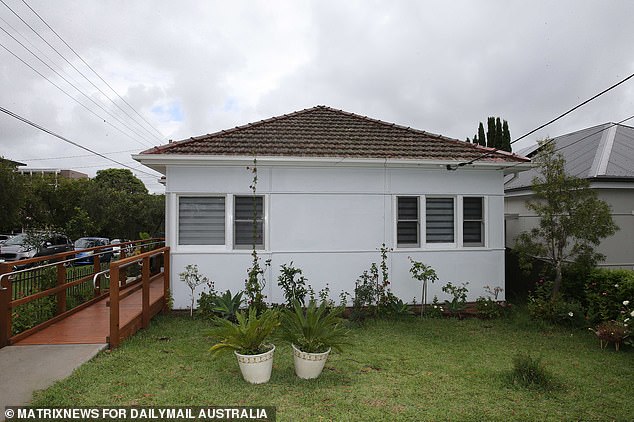 Mr Ishpal Singh, who has Cerebral Palsy, has lived in the area for 15 years. He had only  recently finished upgrading his home (pictured) with ramps, rails and an automatic door when he was told his home  would be forcibly acquired 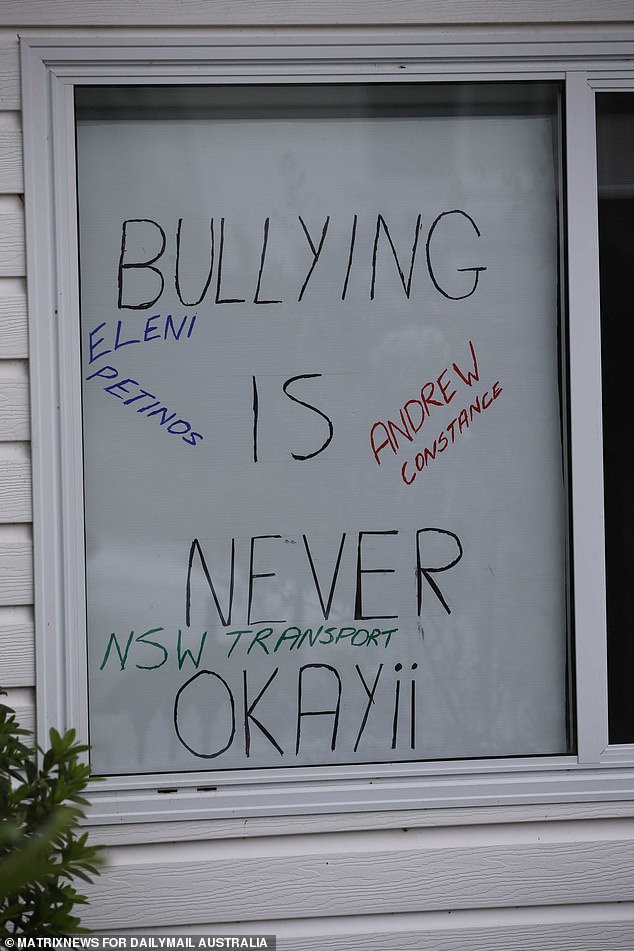 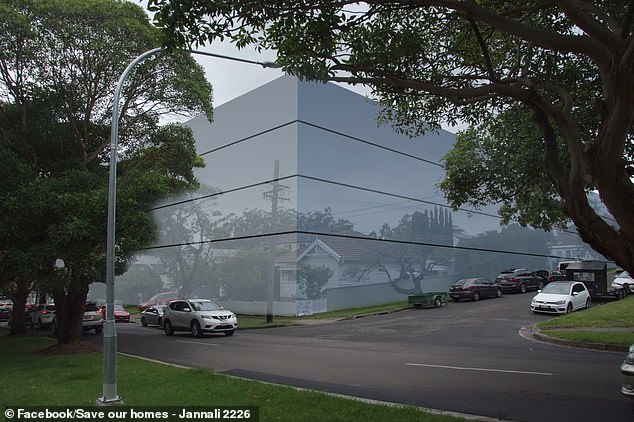 Transport NSW had plans to bulldoze the houses for a four-storey commuter car park to service Jannali train station. Pictured: An impression of what the car park is set to look like

Ishpal Singh, who has cerebral palsy, has lived in the area for 15 years and had only just finished upgrading his home with ramps, rails and an automatic door when he was told he would be evicted.

‘They didn’t even ask if we were okay or anything,’ Mr Singh previously told Daily Mail Australia.

‘Before the ramp I had to crawl into my house. Now I can access the community.

‘We don’t want to move because everyone is so friendly and I feel very comfortable in this area.’

Mr Singh said finding a new home to suit his needs would be an uphill battle.

‘After they told us everyone in my family just started crying.’

Local member Eleni Petinos and Transport Minister Andrew Constance came under immense pressure when the plan was made public, with residents saying they had not been visited face to face and were not returning their calls and emails.

A massive groundswell of supporters quickly rallied around the local community, putting up posters, doing letterbox drops and launching an online petition.

A Facebook action group named Save Our Homes quickly gained traction, garnering 1,900 members in just over a week. 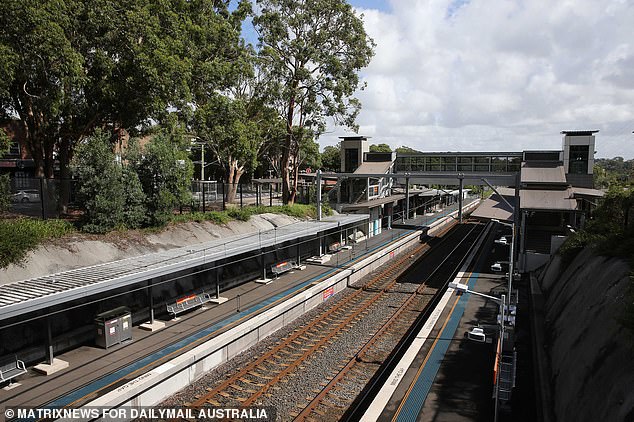 'Right and just' for students to get Covid refunds

Biden Administration: There is no military solution in Yemen, and we will continue to hold the Houthi leadership accountable for attacking Saudi Arabia

Tokyo 2020: Naomi Osaka ‘not sure’ Olympics should happen amid rise in Covid-19 cases

MICK HUME: Why should we have to pay this price of vaccination passports for freedom?

The worst nightmares of Australian basketball fans may be about to come true with speculation star...