No James Bond – so which films are still being released at cinemas? 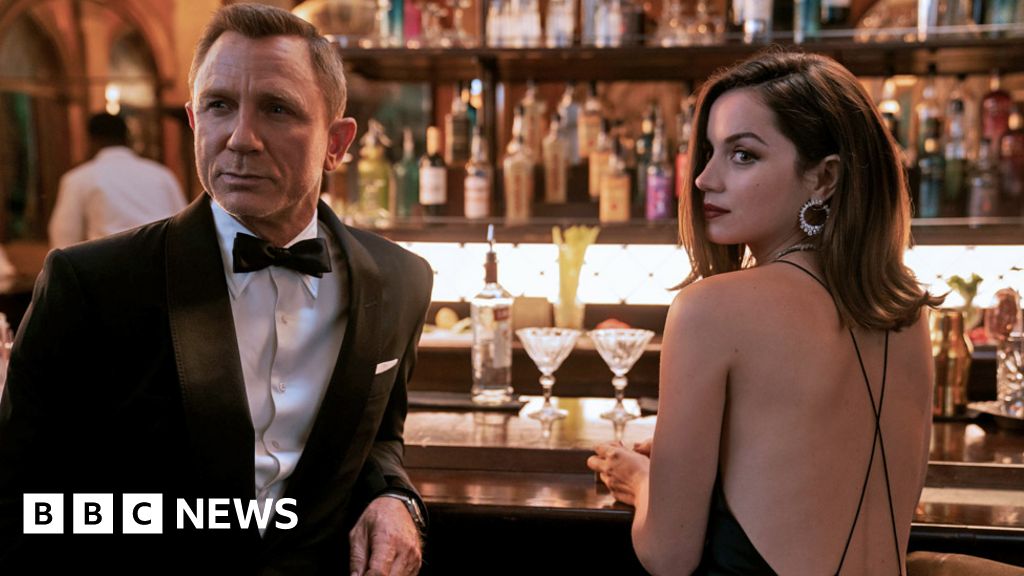 
James Bond has gone from hero to villain in the eyes of some film fans who now fear for the future of the big screen, after 007’s latest delay led Cineworld to shut its doors (for now).

But despite the disappearance of most blockbusters and a large chunk of the audience, many cinemas are battling to stay open, and there’s still a long list of smaller-budget films in the schedule.

Director Jessica Swale, whose drama Summerland came out this summer, said she understood the financial “fear” that has led studios to delay films like Bond’s No Time To Die, Fast and Furious 9 and Marvel’s Black Widow until 2021.

But she told the BBC Radio 4 Today programme there was “a much bigger picture” to take into consideration if studios want movie theatres to survive the pandemic.

“The blockbusters are the vehicles which restore our audiences, and so essentially if they stay away, I think the audiences will too,” she said. If no blockbusters get released, the “knock-on effect” is that independent cinemas and other parts of the industry will be under threat.

Meanwhile, film critic Jason Solomons told BBC Radio 5 Live on Monday that he fears the public will “lose the passion we have for cinema”.

Watching films at home doesn’t have the same magic, no matter how big your screen is, he said. Some films, such as Disney’s live action Mulan remake, went straight to streaming rather than risk a cinema release.

If we get out of the cinema habit, Solomons warned that we would lose out on “that notion of escape – getting up, going out, being with friends, having a date”.

After Cineworld’s announcement, Tim Richards, the boss of rival chain Vue, complained that the problem for cinema giants is that “we have no movies”.

What he meant was, they have no blockbusters. However, there are plenty of new movies – some of which could find fans among the loyal cinema audience.

Some of new films due for release in the next two months:

Rose Glass’s psychological horror Saint Maud – released in the UK on Friday, 9 October – follows hospice nurse Maud (Morfydd Clark), who fears she may have become possessed after becoming obsessed with a former dancer in her care (Jennifer Ehle). Empire magazine said it has “ambition and audacity [which] should be shouted from the rooftops”.

Out on the same day is Miranda July’s comedy Kajillionaire, in which the life of Evan Rachel Wood’s character is turned upside down when her criminal parents (Debra Winger and Richard Jenkins) invite an outsider to join them on a heist.

The following week sees the release of Herself, the third film from Mamma Mia! and The Iron Lady director Phyllida Lloyd. But it’s about as far as it’s possible to get from those Abba and Margaret Thatcher movies. This tale of a Dublin woman trying to leave an abusive marriage behind was described by Variety as “the standout of the 2020 Sundance Film Festival”.

Friday 16 October also sees the return of Robert De Niro in The War With Grandpa. The comedy, directed by Tim Hill, is about a young boy (Oakes Fegley) who works to get his grandfather to move out of his room, after he moves in with his family.

Seven days later will bring Pixie and The Secret Garden. The former is a heist film centring around a woman and two men who find themselves on the run in Ireland after their plan goes wrong. The latter – based on Frances Hodgson Burnett’s 1911 novel of the same name – is a fantasy drama about a young orphan (Dixie Egerickx) who is sent to live with her uncle (Colin Firth) – only to find a magical garden at his estate.

Luxor arrives on 6 November and tells the tale of British aid worker Hana (Andrea Riseborough) returning to the ancient Egyptian city – struggling to reconcile the choices of her past with the uncertainty of the present.

At the end of November, Jamie Foxx stars in Soul, the latest Disney/Pixar animation, about a music teacher whose soul gets separated from his body after an accident. And Voyagers finds Colin Farrell and co sent into deep space on a maddening multi-generational mission in search of a new home.

Supernova is due to land into our cinematic orbit at the end of November. It stars Firth (again) and Stanley Tucci who “dazzle” (according to The Guardian) as a veteran pair facing their fears about love and mortality.

Existing releases Tenet, After We Collided and Bill & Ted Face the Music are among those still playing widely.

And into December, we are due to see major releases like the new Dune adaptation starring Timothee Chalamet; Eddie Murphy’s Coming 2 America; and Wonder Woman 1984 – but there’s plenty of time for that to change…

Why are Manchester United finding it so hard to sign players?

How to wear your mask correctly – So are you doing it right?