North Korea’s leader announces development of a nuclear weapon with a range of 15,000 km 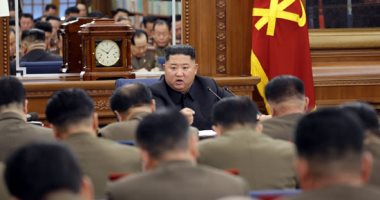 North Korea’s leader, Kim Jong Un, said that his country will increase the strength of its strategic nuclear weapons and their range, which should reach 15,000 km, while reducing their size and weight. Kim said in a report before the eighth conference of the ruling Workers ’Party:“ We have a goal The last determinant is to improve the capabilities of carrying out preventive and response nuclear strikes, and to increase the level of accuracy, so that it accurately reaches any strategic targets located over a range of 15 thousand kilometers, according to “Russia Today”

“The main goal for the military industries sector is to increase the development of military technology and the creation of advanced weapons and equipment to make the Korean army strong and modern,” said the report that Kim read, and the North Korean leader declared that the goal in the near future is to be able to supply strategic weapons with a warhead that includes a guidance unit Hypersonic (HGV), which ensures maneuverability by sliding into the atmosphere at supersonic speed.

He also made it clear that Pyongyang plans to promote and develop submarines that operate with solid fuel and intercontinental ballistic missiles, noting that “a nuclear submarine and strategic nuclear weapons for firing from underwater will enter service soon, to raise the ability to conduct a remote nuclear strike to a new level.”

Iraqi Health: The improvement in the Corona situation will not make us safe from the risk of high infections

‘I went from Hollywood glamour to food donations’

The slate panorama of north-west Wales has joined the likes of the Taj Mahal, the Grand...