An Australian couple have been slammed for setting their car’s window wipers onto a carpet python that slithered onto the windscreen while they were driving.

A three-metre long carpet snake slithered onto the bonnet of Melissa Hudson and her partner Rodney Griggs’ car as they drove along the Bruce Highway to Alligator Creek in north Queensland.

The couple laughed and screamed as the snake started to slide across the bonnet of the car before Mr Griggs hit it with a flurry of swipes from the window wipers. 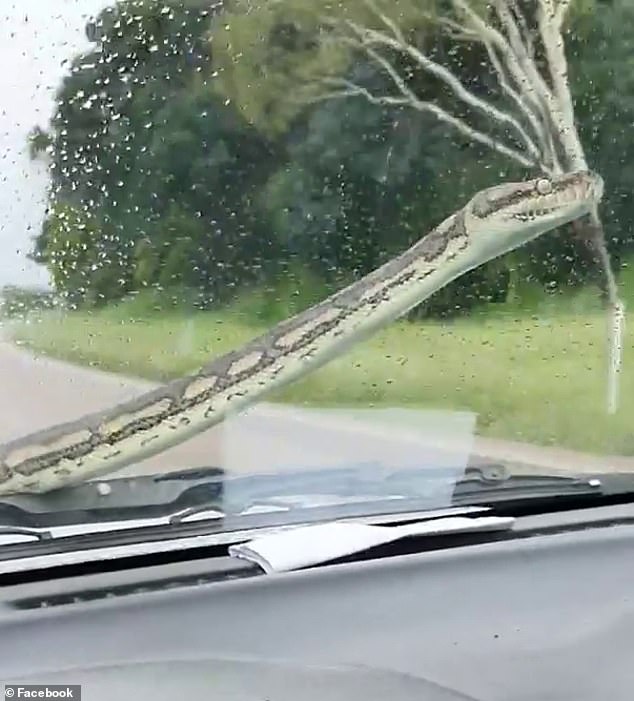 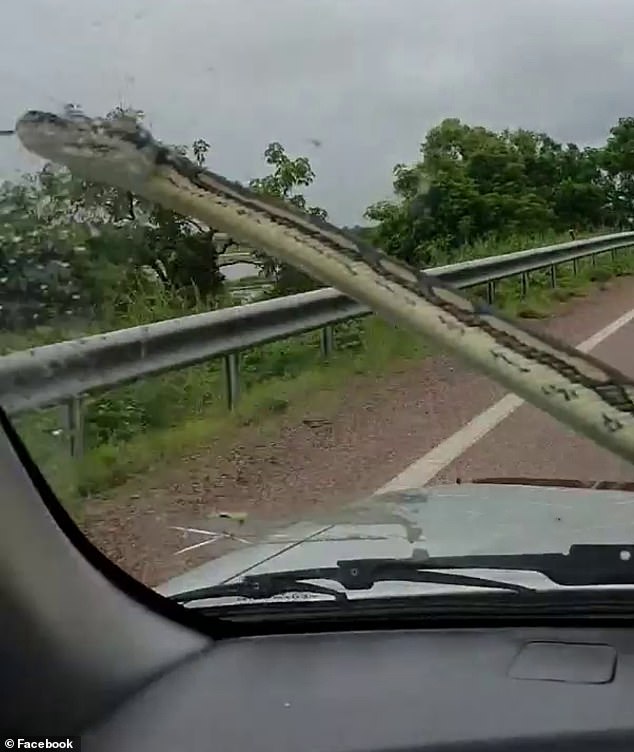 Some social media users were not impressed by the video, and said the couple should have pulled over to let the serpent go.

‘Poor snake….. it was on the OUTSIDE!!!! Not sure why the freak out and hurting it with the wipers,’ one commenter remarked on Facebook.

‘What a terrible human. Poor python was hurting no one. I hope karma finds you,’ another posted.

Another said: ‘This happened to me but no way would I put the wipers on, the poor babe’.

A fourth added: ‘What a cruel person. Seriously, hope this driver is cautioned or fined for being inconsiderate of a living being… jeez’.

Other people said the video of the snake crawling on the car was terrifying.

‘Snakes on a car. Coming to a cinema near you,’ one comment read, while another claimed the scene was their ‘worst nightmare’. 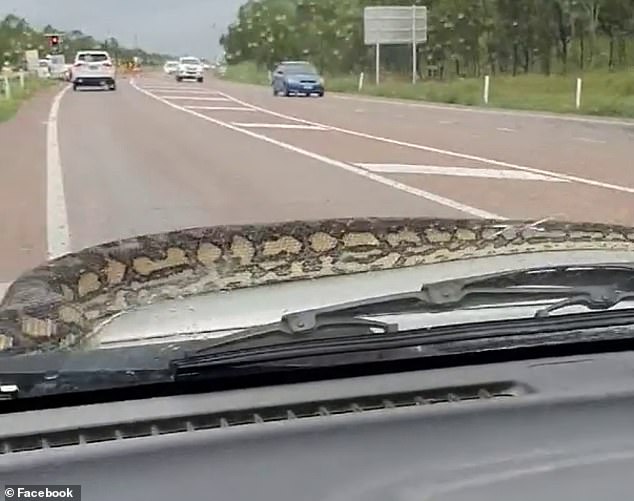 The footage taken by Ms Hudson showed the ophidian slithering up the bonnet of the car onto the windscreen as Mr Griggs drove.

The couple are heard laughing hysterically with Ms Hudson ordering her partner to ‘just keep driving.’

‘You concentrate on the road,’ she said.

Mr Griggs then turned on the window wipers, entangling the snake as Ms Hudson laughed and swore and the couple screamed as the snake was flung towards the open passenger window.

The serpent eventually lay limp on the bonnet and when the car pulled over, a traffic controller coaxed the reptile off as the couple squealed.

Some social media users were not impressed by the video, and said the couple should have pulled over to let the serpent go

One commenter on social media remarked the ‘poor python was hurting no one’, criticising the couple

‘It was quite amusing, we knew the stop sign was coming up so we could get help,’ Ms Hudson told the Courier Mail.

She said the ‘brave’ traffic controller was a ‘hero’ and let the snake slither to safety on the other side of the road.

‘He stopped traffic that was going to come in the other direction so it could get to the other side of the road and will hopefully live happily ever after up there,’ said Ms Hudson.