North Wollongong: Trainee lifesaver with a heart condition dies after being pulled from the surf

A trainee lifesaver has died after he was pulled from the water unconscious.

Emergency services were called to North Wollongong Beach, on the NSW South Coast, at 8.45am on Saturday when a man collapsed after being helped from the water.

He was taken to Wollongong Hospital where he later died. 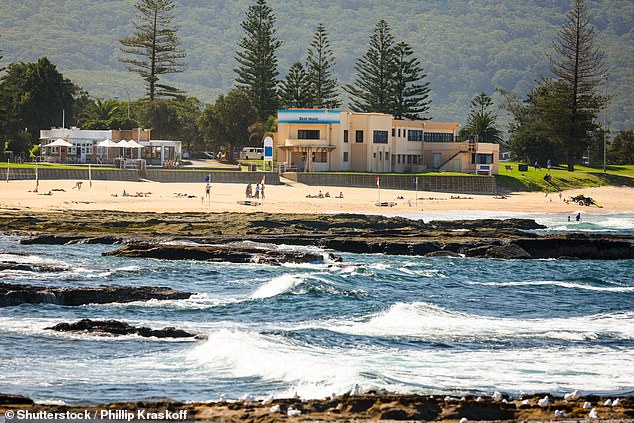 Emergency services were called to North Wollongong Beach, on the NSW South Coast, at 8.45am on Saturday when a man collapsed after being helped from the water (picture of beach)

The man is yet to be formally identified.

NSW Ambulance Special Operations worker Mark Bartlett earlier said: ‘When the call comes in stating someone has been pulled from the water unconscious, you can’t help but think the worst.

‘You just want to get to the patient and start helping them.

‘Lifeguards and bystanders did a remarkable job. They should be commended.’

District Inspector Terry Morrow said the man had been participating in the completion of his lifesaving certification.

‘Whilst the instructor was taking him out to do the accreditation he started floundering in the water and the instructor then brought him to the beach and started resuscitation as his heart had stopped beating,’ Inspector Morrow said, Sydney Morning Herald reported.

‘We believe the man’s got a heart condition.’

The Super League trade-off: Money in exchange for friends, family and community

Klopp is angry: I don’t want those with me in Liverpool