From the moment the ball hit Jonny Evans’s backside in the second period of extra-time, it felt like something bad was about to happen.

Juraj Kucka’s pass deflected off the retreating Northern Ireland defender and into the path of Michal Duris. The Slovakia substitute grasped his opportunity and drilled a shot inside Bailey Peacock-Farrell’s inside post in the 110th minute.

So there will be no Northern Ireland at Euro 2020 next summer. No green and white army. A country that brought so much to the tournament in France four years ago will watch the next one from home. 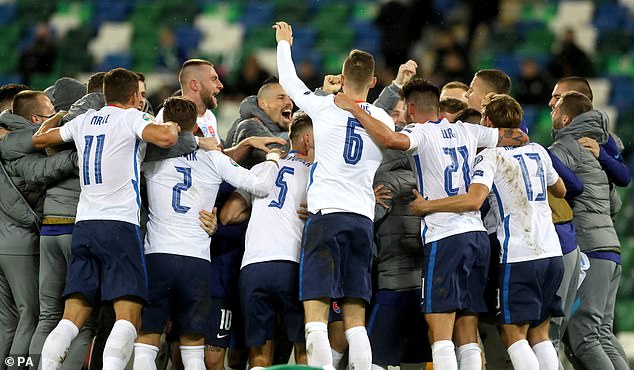 It was a horrible way to go out on the third anniversary of a heart-breaking World Cup play-off defeat to Switzerland.

Northern Ireland had punched above their weight in a group that included Germany and Holland, and survived a penalty shootout in Bosnia last month.

They were never going to give up without a fight, but it wasn’t enough in front of a token crowd of 1,060 in Belfast.

‘This is the worst I’ve felt after a game for a group of players that is so good to work with, a credit to themselves and their families, and never know when to lay down and die,’ said manager Ian Baraclough.

‘They went right to the end and for me it’s tough to come up with any words of consolation.’

Baraclough refused to blame Peacock-Farrell but it was a sloppy goal to concede and so was Slovakia’s opener in the 17th minute when Evans and George Saville were involved in a mix-up. 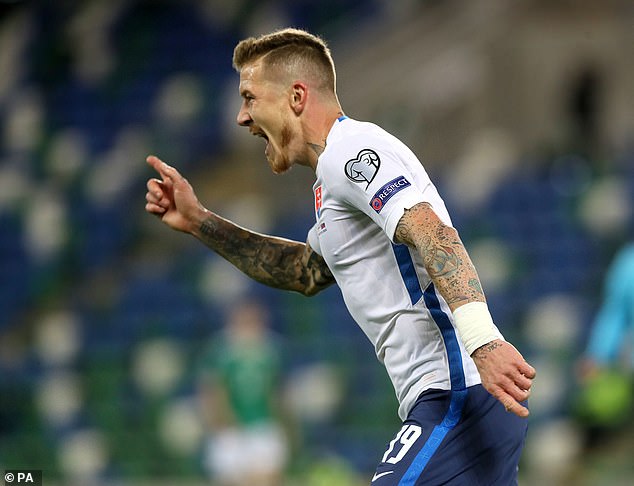 The two Northern Ireland teammates couldn’t decide who was going for the ball midway inside their own half when Robert Mak lofted a wayward pass infield from the touchline.

Evans left it for Saville who tried to cushion a header back to the Leicester defender but succeeded only in knocking it past him.

Kucka saw his opportunity and took it clinically. The Parma midfielder accelerated past the stranded Evans and away from Jamal Lewis on 30-yard run before sliding the ball coolly under Burnley goalkeeper Peacock-Farrell.

It was the fifth time in as many games under Baraclough that Northern Ireland had fallen behind – emerging victorious just once after a penalty shootout in the playoff semi-final in Bosnia last month – and here they were again. 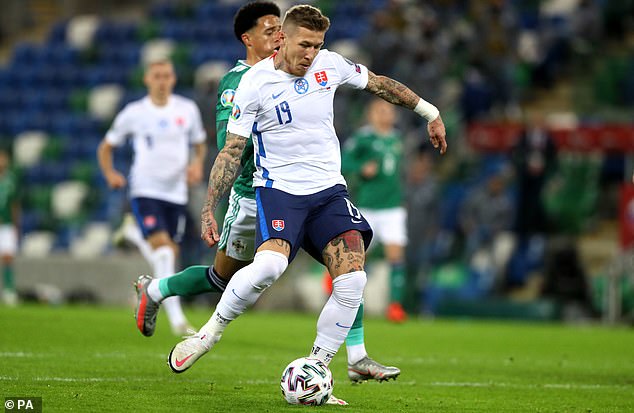 They threatened an equaliser before half-time when Niall McGinn’s cross from deep forced goalkeeper Marek Rodak to tip the ball over as he backpedalled towards his own goal, and McGinn then fired over shortly before the interval.

Northern Ireland continued their high-tempo approach after the break, hunting the ball down in the hope of forcing Slovakia into mistakes.

It almost worked when McGinn won possession and broke forward but chose the wrong option in Conor Washington to his left rather than Saville to his right.

The Charlton striker did well to bring the ball under control and tee up a shot with one touch, but his powerful strike was straight at Rodak.

However, their persistence was rewarded in the 86th minute when Paddy McNair broke down the right into the box and his cross was turned into his own net by Inter Milan defender Milan Skriniar.

Substitute Kyle Lafferty went agonisingly close to a winner in normal time when his shot hit the post. 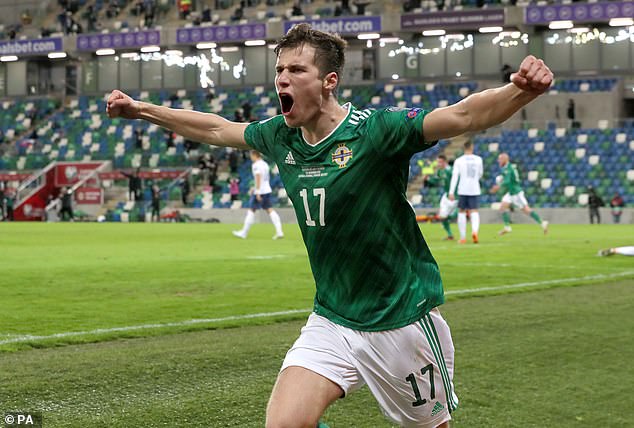 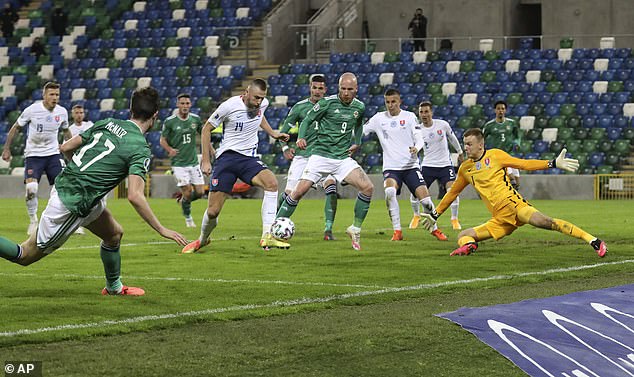 But there was no way back from Duris’ strike with Rodak comfortably saving Evans’s header from Jordan Thompson’s cross in the 120th minute.

‘They broke from the middle of the park and got a ricochet and it’s hit Jonny’s backside as well,’ lamented Baraclough. ‘You talk about having the rub of the green. You want the ball to drop in your favour and it hasn’t. You have to congratulate them on their finishing for the two goals.’

His country’s talisman at Euro 2016, Lafferty was distraught at the final whistle having played a week after the death of his sister Sonia at the age of 41.

‘It just shows the magnitude of the guy that wants to do so well for his country,’ added Baraclough. 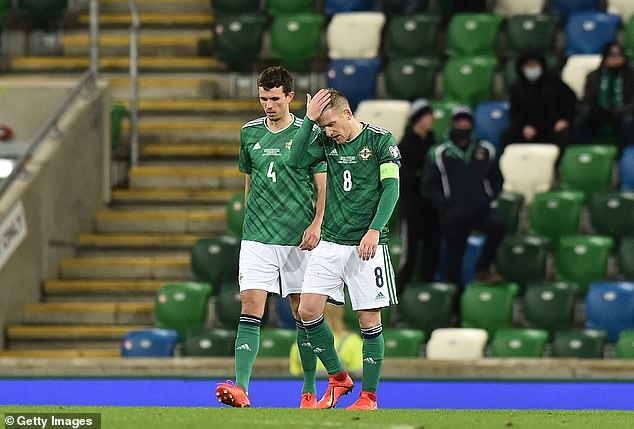 University offers could be based on real exam results