Not fare! Plumber, 18, left fuming after Uber charged him £111 for TWO-MILE trip home from the pub


A plumber was left furious after he was charged £111 by Uber to take him home from the pub – even though the two-mile trip would normally have cost just £5.

Matt Bennett, 18, from Arnold, Nottinghamshire, woke up after a night out to discover the astronomical charge for the eight-minute trip.

The teenager had gone to bed after having a few drinks and so had not initially noticed the fare but was in disbelief when it did dawn on him.

He told The Sun that he has done the journey many times before and is usually charged between £4 and £7. 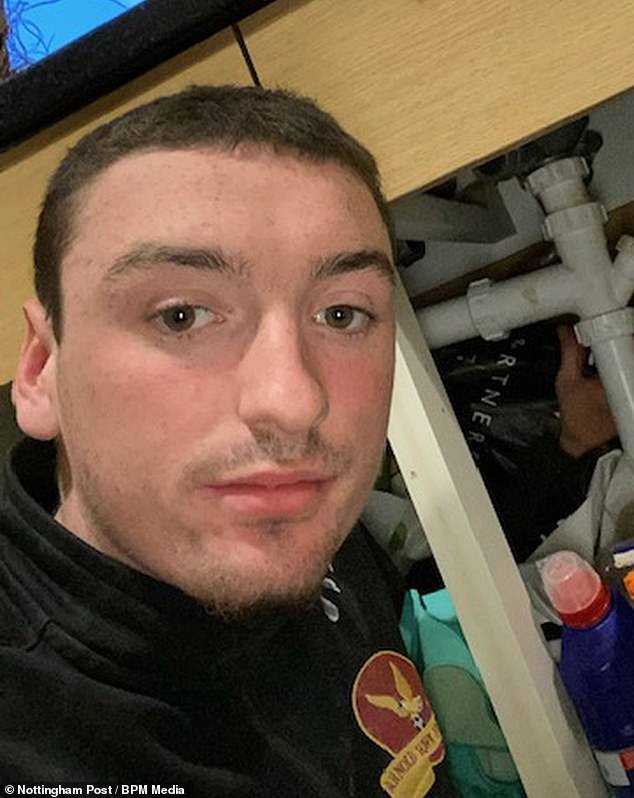 Plumber Matt Bennett, 18, from Arnold, Nottinghamshire, was left furious after he was charged £111 by Uber to take him home from the pub – even though the two-mile trip would normally have cost just £5

Mr Bennett, who had been drinking at the Plainsman pub in Mapperley, was charged £4.90 for the same trip in August.

He said: ‘It’s a journey I’ve done many times before and I’ve never had a problem.

‘But I woke up the next day to see an excessive amount billed to my credit card.’

The teenager added that he was ‘in shock’ at the extortionate price.

Mr Bennett disputed the fare – 22 times the usual cost – with Uber but said he was told it was a reasonable price for that time of the night because they were busy.

The firm then allegedly told him that the fee was a ‘surge’ charge, meaning that the price was increased because it was a busy time. 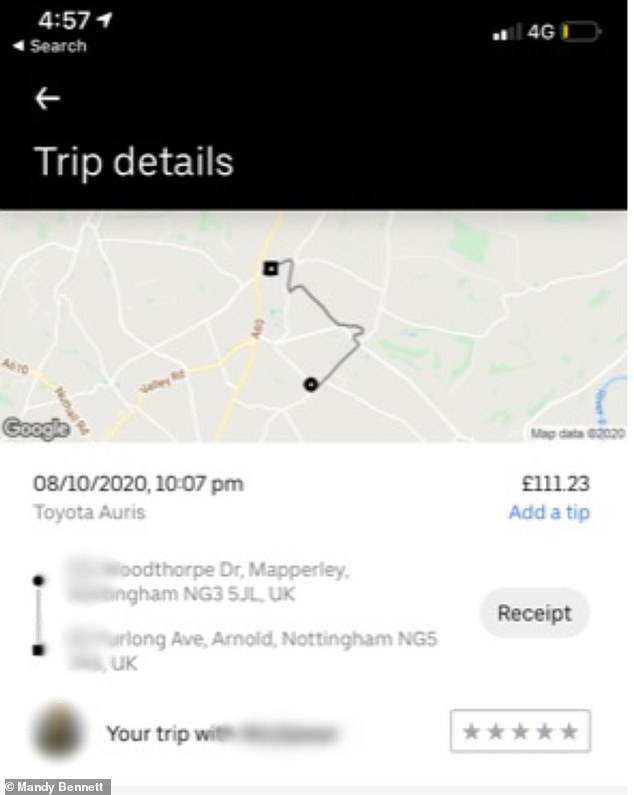 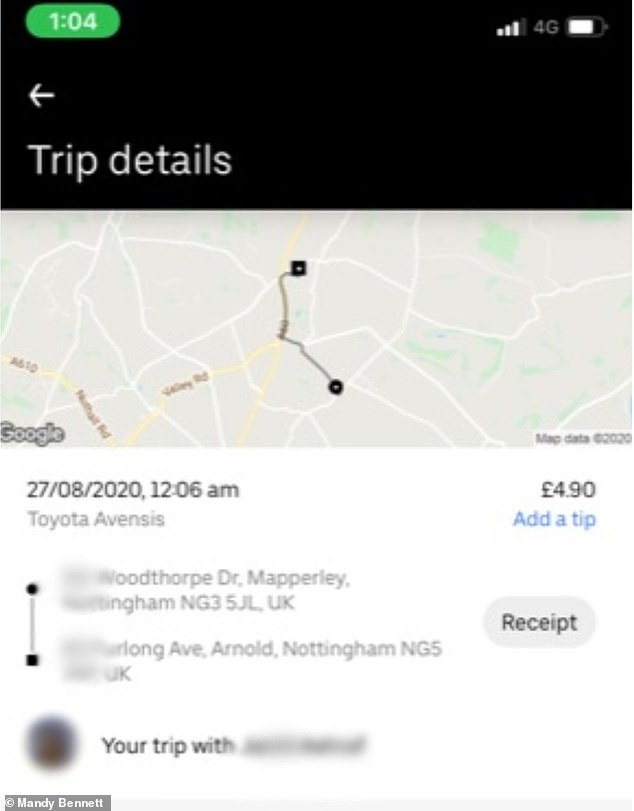 Mr Bennett took the same trip in August and it cost him just £4.90 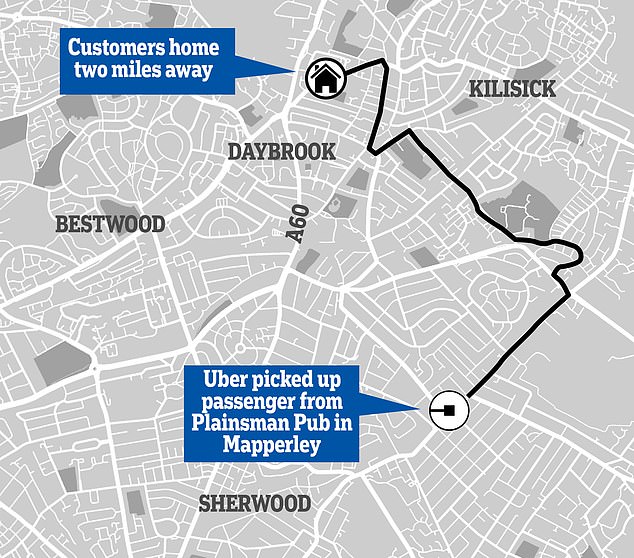 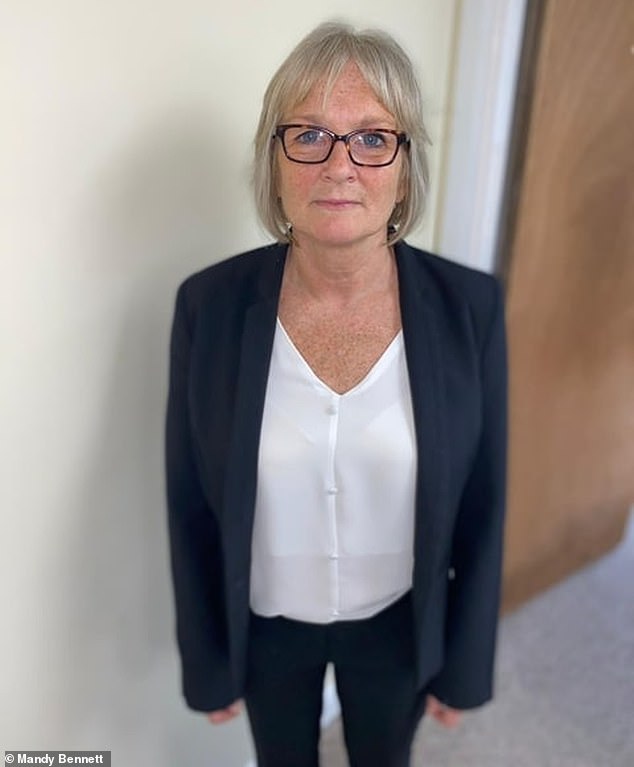 Mr Bennett’s mother Mandy, 57, said there was no indication from his receipt that he was being charged a ‘surge’ fee

Uber say on their website that ‘surge pricing’ comes into force when there are a lot of people requesting trips and there aren’t enough drivers to go around.

They add that whenever rates are raised because of surge pricing, the Uber app will let riders know.

However, Mr Bennett’s mother Mandy, 57, said there was no indication from his receipt that he was being charged a ‘surge’ fee.

‘What they charged is absolutely outrageous,’ she said.

Uber say on their website that ‘surge pricing’ comes into force when there are a lot of people requesting trips and there aren’t enough drivers to go round.

They say that bad weather, rush hour and special events could cause unusually large numbers of people to request an Uber trip at the same time.

In such cases, the firm says prices ‘may increase to help ensure that those who need a driver can get one.’

They add: ‘Whenever rates are raised due to surge pricing, the Uber app lets riders know.

The surge fee will vary depending on what area you live in.

‘They shouldn’t be allowed to do this. If it is a busier time, then I understand there being a reasonable surcharge, but £111? I couldn’t believe it.

‘We rang the credit card company and tried to cancel the payment, but they wouldn’t do it.’

Ms Bennett said she was told by Uber that her son must have accepted the surcharge via a notification on his screen before the journey started, which meant they weren’t eligible for a refund.

She accepted this may be true, but added that being charged such a huge amount for such a short journey was not acceptable.

‘They wouldn’t put me through to a supervisor when I asked to speak to one,’ she said.

‘They just told me the same thing every time – that he wouldn’t be refunded.

‘Uber won’t accept responsibility for what happened. I just can’t get my head around it. I don’t want this to happen unknowingly to anyone else.’

However, after Mr Bennett and his mother spoke out, Uber agreed to refund his ticket.

A spokeswoman said: ‘We are always happy to review a trip if there are concerns about the route taken, and provide a fare adjustment where appropriate.

‘In this case, we apologise that we did not meet our usual high standards of customer care, and the customer has been refunded.’