Notorious conwoman is fighting extradition due to a ‘serious psychological condition’

A notorious on-the-run conwoman, who is the daughter of a wealthy property tycoon, is fighting her extradition to the UK because the only doctor capable of treating her psychological condition is in Ireland, the High Court heard today.

Farah Damji, 53, fled to Ireland in February of this year during her trial in the UK at which she was convicted in her absence by Southwark Crown Court of twice breaching a restraining order in April and June 2018.

Ms Damji, who presented herself as an Icelandic national, is the daughter of a South African-born property tycoon and has a criminal record for fraud and theft stretching back to the 1990s.

At today’s extradition hearing at the High Court, Mr Brian Storan BL, for Ms Damji, said that he had supplied the court with a psychiatric report from a doctor, which said that Ms Damji had a serious psychological condition that could not be treated in the UK, where there had been repeated misdiagnoses. 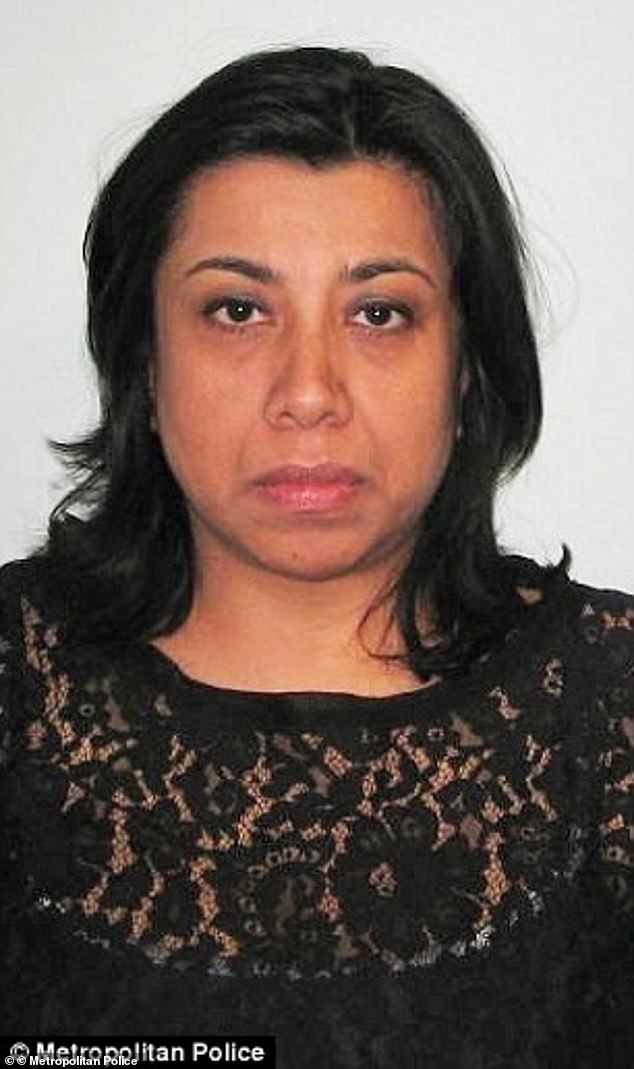 Farah Damji, 53, (pictured) fled to Ireland in February of this year during her trial in the UK at which she was convicted in her absence of twice breaching a restraining order

Mr Storan told Mr Justice Paul Burns that the doctor could treat the condition in Ireland and that Ms Damji’s condition could have ‘very grave’ consequences for her which were possibly life-threatening if she was surrendered to the UK.

The doctor ‘is here [in Ireland] and will be in a position to treat Ms Damji,’ said Mr Storan, who said it was ‘very unlikely’ that she could receive the treatment in the UK.

Ms Emily Farrell SC, for the State, said that Ms Damji had been convicted for breaching a restraining order in the UK, granted to two males, by naming, stalking and harassing them. She was also facing a breach of licence sentence for absconding from her trial.

Ms Farrell said that in Ms Damji’s UK trial the court outlined her calling one victim ten times a day, along with leaving voicemails and contacting his wife’s cousins in order to get his wife’s phone number regarding ‘concerns about her children’.

The restraining order also precluded her from naming, by any means, a male who was a victim of her harassment.

Counsel said it was alleged in her UK trial that Ms Damji had tweeted a link to a crowd-funding internet page where she had posted the male’s 2016 victim impact statement.

Ms Farrell said that Ms Damji had taken no issue with the 2016 restraining order offences and that in her bail hearing Ms Damji had ‘no evidence gainsaying those offences’.

Mr Storan also said that his client had not mandated and had no legal representation at her UK sentencing hearing when she was convicted in absentia for breaching the two restraining orders. Mr Storan said that this amounted to grounds for objection to surrender.

‘She appeared at the trial, though,’ said Mr Justice Burns. ‘You can’t divorce the trial from the sentencing. It was the middle of a trial and she walked off.’ 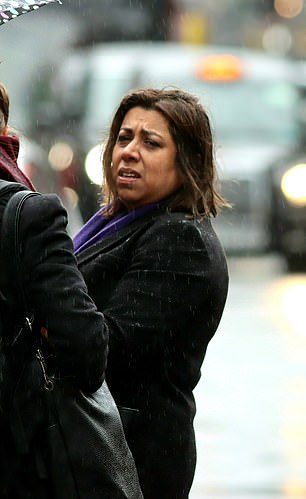 Ms Damji has a serious psychological condition that could not be treated in the UK, Mr Brian Storan BL stated in court (File image of Damji above)

Mr Storan said that grave psychological issues arose during the trial and it could also have fed into her ability to mandate legal representation, as she had a ‘breakdown before a crucial point of the trial’.

Mr Storan also said that ‘a lot of information was set out but was not concise or clear’ on the warrant, regarding dates and times of offences and that there was also ‘lack of clarity regarding the sentence in her absence’.

Regarding the misdiagnosis of her psychological condition, Mr Storan said that it was ‘unlikely to be dealt with properly in the UK’, which could amount to a breach of her right to life. ‘It could result in death,’ said Mr Storan, who said that the doctor was ‘the only doctor’ in a position to treat Ms Damji.

Mr Storan said that medical documents from previous diagnoses could be put before the court but that efforts had to be made to get Ms Damji’s phone, containing her ‘cloud’ passwords, back from An Garda Síochana.

Ms Farrell said that she failed to see any reference in the medical report that put Article 2 of the Human Rights Convention, that of the right to life, as an issue.

Counsel suggested that it might be prudent to consider another assessment of Ms Damji by a consultant psychologist. Ms Damji said she would consent to an assessment.

Ms Farrell said that the warrant clearly outlined the restraining order offences against which Ms Damji made ‘no effort to rebut’. The European Arrest Warrant, said Ms Farrell, ‘very clearly’ stated that Ms Damji attended her trial and absconded leading to a bench warrant being issued in the UK. She said that any ‘pin-point’ detail lacking on the warrant did not amount to an injustice towards Ms Damji.

Mr Justice Burns said that he would adjourn the case to see if more information had to be requested from the UK and to consider whether or not to have Ms Damji medically assessed by a consultant psychologist.

He adjourned the matter to November 2.

Ms Damji had submitted that she had been working as an artist in Ireland. In September, she was denied bail while she awaits extradition proceedings brought against her by the UK and was deemed at high-risk of absconding.

At her bail hearing, Mr Justice Tony Hunt said that if he were to ignore Ms Damji’s high risk of absconding, the ‘the casual observer might think I had taken leave of my senses’. 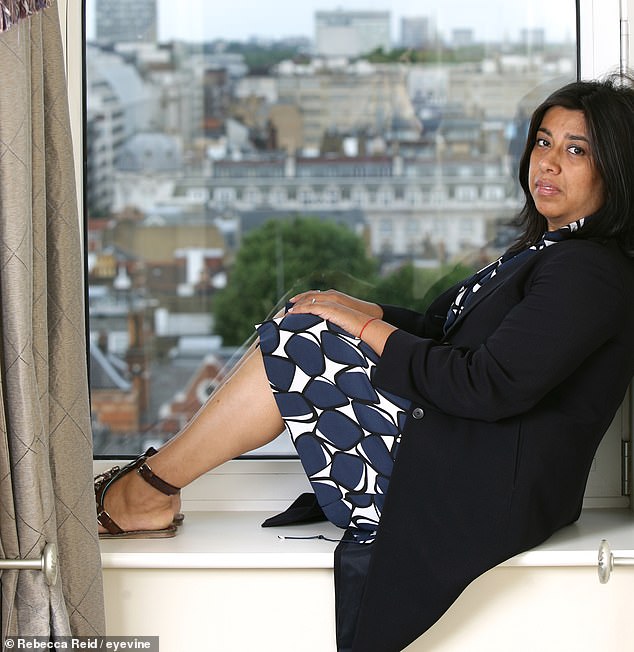 Ms Damji was convicted for breaching restraining orders and sentenced to 27 months in prison, having absconded from the court after three days of her trial

Ms Damji was convicted for breaching restraining orders and sentenced to 27 months in prison, having absconded from the court after three days of her trial. The court issued a bench warrant and she was arrested in Dublin in August of this year on foot of a European Arrest Warrant.

A previous sitting heard that Ms Damji’s father was a multi-millionaire who passed away 10 years ago and that Ms Damji claimed to gardaí that his fortune had been put into a trust for his grandchildren and that she did not inherit his wealth.

She has six convictions for 28 offences, which include multiple theft and fraud offences dating back to 1995 and is currently under investigation for alleged offences under the Theft and Fraud Act.

Det Gda Eoin Kane refused to accept that Ms Damji was of limited means and said that she was in possession of a Rolex and Breitling watch in her apartment when arrested.

You can save $100 on these popular Beats noise-canceling headphones

You can save $100 on these popular Beats noise-canceling headphones