Notts County have withdrawn from the FA Cup after an outbreak of Covid-19.

Two players have tested positive for the virus this week after four last week, leaving manager Neal Ardley with only 14 available players and the former FA Cup winners will not to travel to King’s Lynn Town for their fourth qualifying round fixture on Saturday.

National League fixtures, against Halifax and Aldershot, have also been postponed. 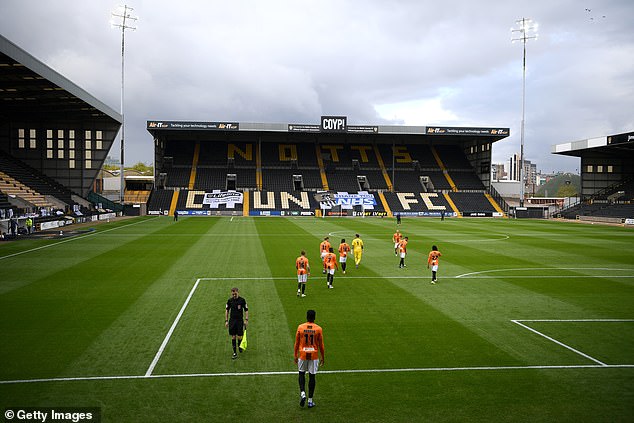 ‘While I’m devastated I won’t have the opportunity to put together a Cup run, the safety of my players, staff, the opposition and their families have priority at this terrible time,’ said Ardley.

King’s Lynn will receive a bye and will be in the first round proper for the first time in their history.

The draw is on Monday.

Kettering Town and Boston United were forced to forfeit FA Cup ties earlier in the competition after players tested positive for coronavirus.

US election 2020: Kristen Welker was ‘clear winner’ on social media

US election 2020: Kristen Welker was 'clear winner' on social media