Mink infected with coronavirus have been found in France and are set to be culled after the virus was detected at a farm in the western part of the country.

One thousand mink will be slaughtered after tests identified the virus at a farm in the Eure-et-Loire region of western France after the country started testing its four mink farms in mid-November.

It comes after officials locked down swathes of northern Denmark where a new Covid-19 variant originated and ordered the culling of 17million mink earlier this month in a bid to stomp out the strain before it became widespread. 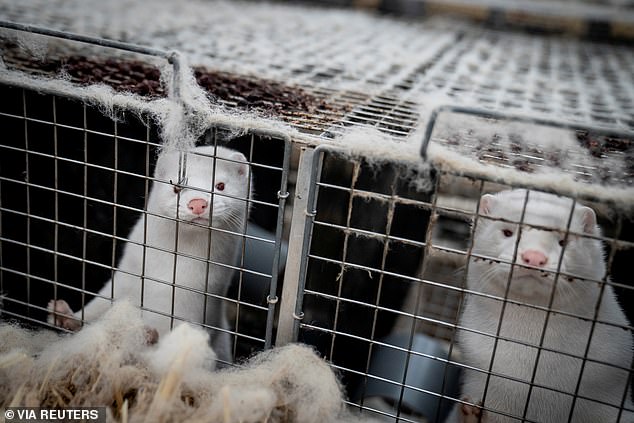 It comes after officials locked down swathes of northern Denmark where a new Covid-19 variant originated and ordered the culling of 17million mink earlier this month in a bid to stomp out the strain before it became widespread. Pictured: Mink in Denmark

Cases in mink have also been reported elsewhere in Europe, notably in Sweden, Greece and the Netherlands.

A French Ministry spokesman said: ‘At this stage, tests have shown the virus circulating in an Eure-et-Loire farm.

‘A second farm is unscathed. Tests are still under way in the last two farms, with results expected during the week.’

The new Covid-19 variant — called Cluster 5 — caused global panic after it was found to be resistant to antibodies, substances made by the body to fight off infections.

It was feared Cluster 5 would be able to slip past promising new Covid-19 vaccines, which work by stimulating an antibody response. 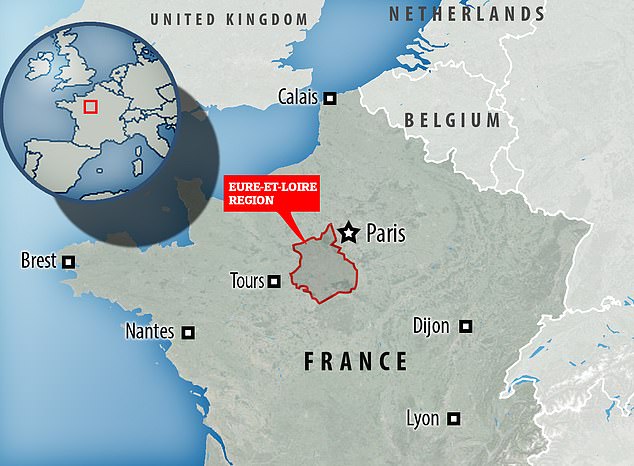 Officials locked down swathes of northern Denmark where the strain originated and ordered the culling of 17million mink earlier this month in a bid to stomp out the variant before it became widespread.

In a statement today, the country’s health ministry said there had been ‘no new cases of Cluster 5 since September 15’ which led it to conclude it ‘has most likely been eradicated’.

Scientists believe the mutant virus jumped from fur farm workers to mink in the summer before it was passed back to humans.  As it crossed between species, a mutation occurred on its ‘spike’ protein, which it uses to enter human cells. It was significant because the leading vaccine candidates work by targeting this protein.

When news about the new strain broke earlier this month, Britain banned non-British citizens returning from Denmark and introduced strict quarantine rules for any Brit who’d recently returned from the country. 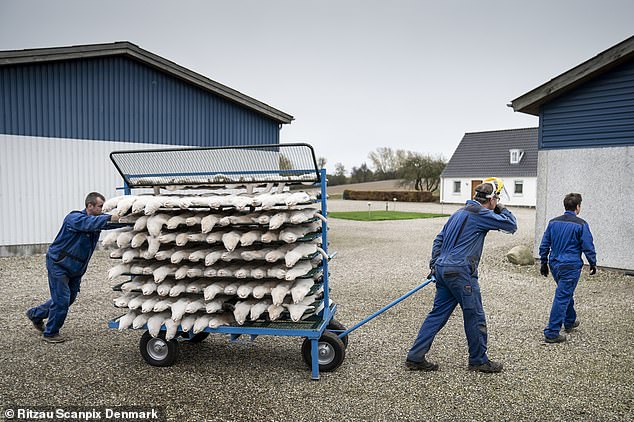 Workers at the Naestved mink farm, in Denmark, ran by Henrik Nordgaard Hansen and Ann-Mona Kulsoe Larsen, transport dead mink into a separate facility to be skinned 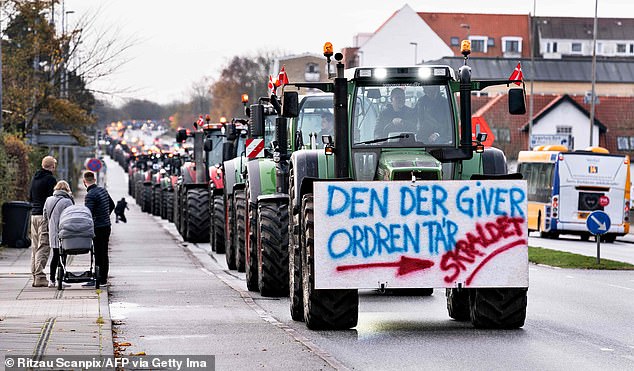 A large number of farmers took to the streets in their tractors to protest Denmark’s mass cull of minks after a mutant strain of the coronavirus was found to be able to jump from the animals to humans. Pictured: The farmer leading the line had strapped a sign onto the front of his vehicle which read: ‘The one who gives the order – Garbage’

At the time, UK Health Secretary Matt Hancock warned the mutated could have ‘grave consequences’ if it became widespread.

The Danish health ministry said in a statement on Thursday : ‘There have been no new cases of the Cluster 5 mink mutation since September 15, which has led to the Danish infectious disease authority SSI to conclude that this variant has most likely been eradicated.’

The Government said most of the strict lockdown rules imposed on November 5 on seven municipalities in North Jutland would be lifted on Friday. They had originally been due to stay in place until December 3. 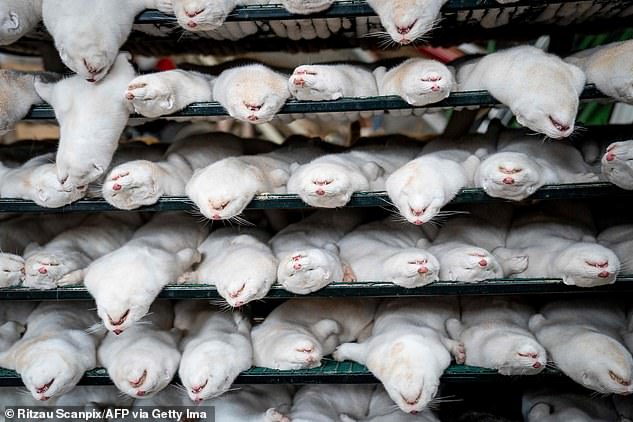 There is a ‘very low’ risk of a mink coronavirus emerging in the UK, Public Health England officials have said. Pictured above are dead mink in Denmark culled in response to the virus

All minks in the seven municipalities have been culled, totalling 10.2 million, and the slaughter is still ongoing in other parts of the country.

With three times more minks than people, the Scandinavian country is the world’s biggest exporter, selling pelts for around £596million ($792m) annually, and the second-biggest producer behind China.

Farmers living in regions of Denmark not affected by the mutated strain of Covid-19 are still allowed to sell mink fur — but must still kill all their livestock this month.

Five different strains of mutant mink coronavirus have been spotted in 214 people in Denmark since June. 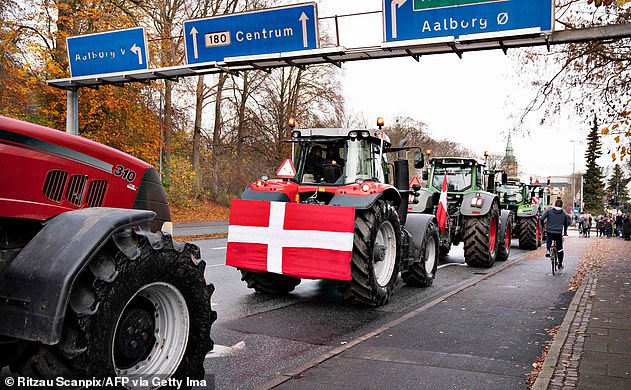 Denmark earlier this month ordered the culling of millions of mink after finding that the mutated virus, which infected 12 people in August and September 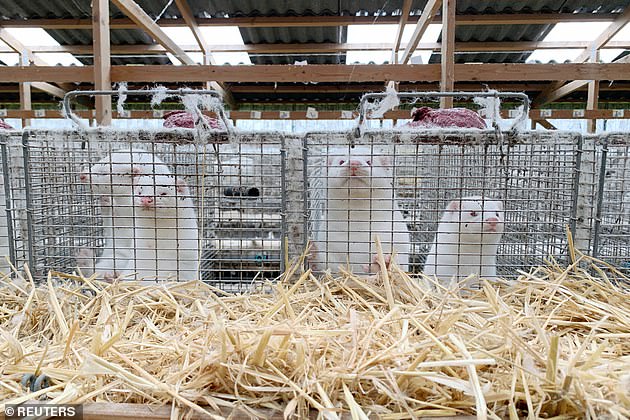 A mutated strain of coronavirus that emerged in mink and could make vaccines less potent has been eradicated, officials in Denmark claimed today

Antibodies are disease-fighting proteins made and stored by the immune system to fight off invaders in the future by latching onto their spike proteins.

But if they are unable to recognise proteins because they have mutated, it means the body may struggle to attack a virus the second time and lead to a second infection.

It raised fears the new strain could be harder to treat or vaccinate against. 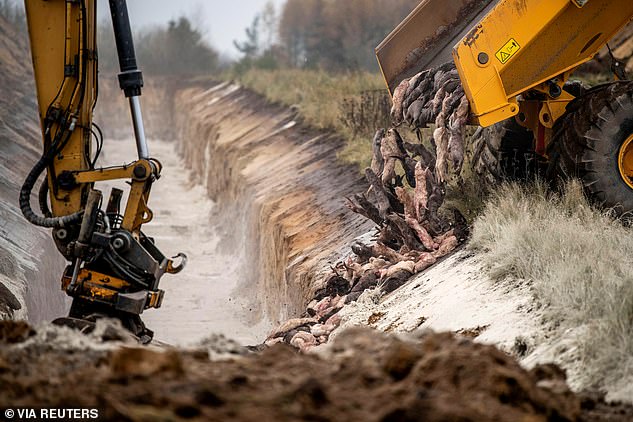 It is not uncommon for viruses to be able to jump between humans and other animals – which was also the case for H5N1, or bird flu, and H1N1, swine flu.

The sole purpose of any virus is to replicate as many times as possible. So when a virus jumps from one species to another it naturally mutates to adapt to a new host.

With Covid-19, tiny changes in its DNA occurred when it was passed to mink. It means that when the virus was passed back to humans its biology was different, so it may behave differently to other strains while inside humans.