The son of footy bad boy John Hopoate has been charged with drink driving and domestic assault after allegedly attacking his girlfriend at a pub.

Police arrested Jamil Hopoate – the second son of ex-NRL bad boy John – after being called to the pub at Port Macquarie on the New South Wales mid-north coast at 8.30pm on Sunday.

The 26-year-old was allegedly found drunk by officers behind the wheel of a car nearby.

He was charged with mid-range drink driving, three counts of common assault and two of stalking or intimidation intended to cause fear or physical harm. 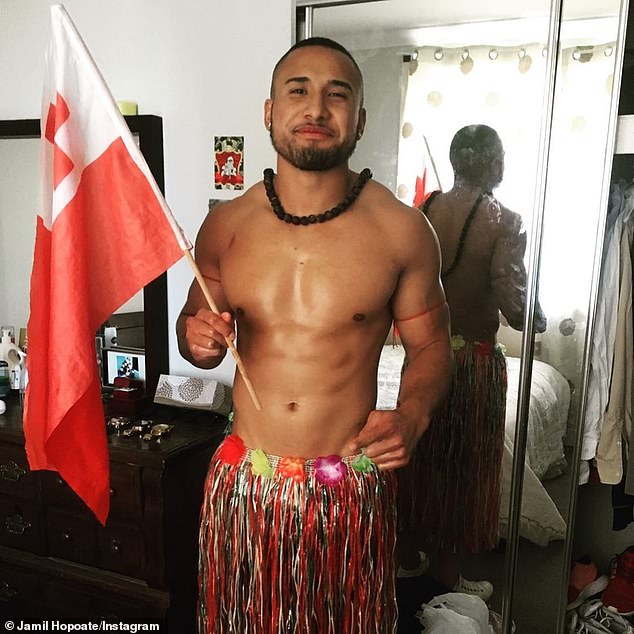 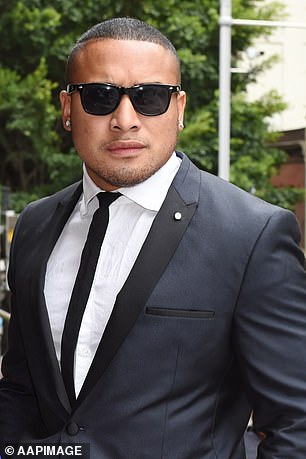 Jamil Hopoate was previously sentenced to a minimum of one year behind bars for assaulting a man outside a Sydney bar in 2014. He is pictured at Downing Centre Local Court in Sydney in December of that year

Investigators are reportedly in the process of securing CCTV footage of the venue, The Daily Telegraph reported.

Hopoate – who played in 12 NRL games for the Broncos this season – was in 2014 sentenced to a year behind bars for a drunken, unprovoked attack on a man outside a Sydney pub.

He was sacked by the Manly Sea Eagles after his conviction and only made his league debut earlier this year.

The footy player is out of contract with the Broncos, with the fresh charges once again putting his sporting career in jeopardy.

His brother Will is a fullback for the Canterbury-Bankstown Bulldogs.

The 26-year-old admitted earlier this year he didn’t value his rugby league career. 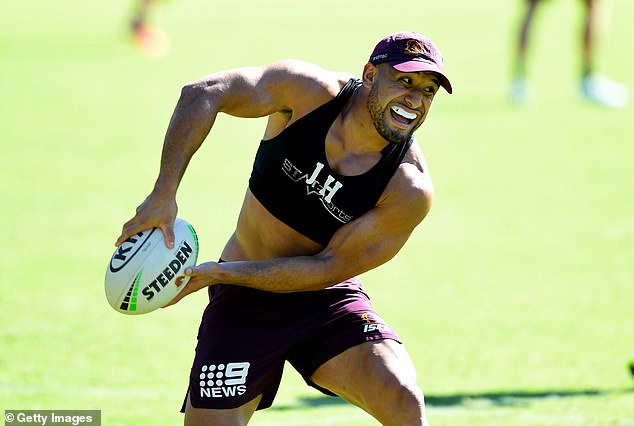 Hopoate during training for the Brisbane Broncos in May. He has been granted conditional bail to appear at Port Macquarie Local Court on January 20 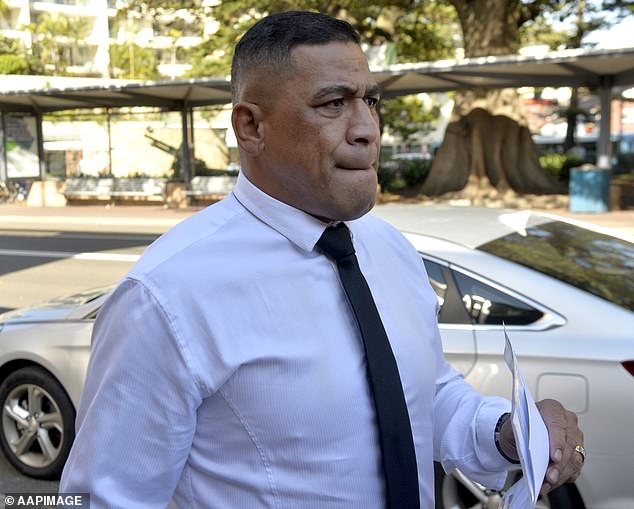 The 26-year-old’s father John Hopoate (pictured) infamously inserted his finger into the backsides of three North Queensland Cowboys players while playing for the Wests Tigers in 2001.

‘I took everything for granted actually,’ he told The Sydney Morning Herald.

‘I didn’t realise how good I had it. Going inside made me realise what I had and how precious it is, to be playing footy.

‘I thought my career was over so that hurt too. I’ve been away from my daughter, my family and friends – it was more hurtful than scary.’

His hulking footballer father meanwhile infamously stuck his finger into the bottom of three of his opponents during a game in 2001.

For that incident he was suspended for 12 games, and throughout his career he was rubbed out for 47 games – an unwanted NRL record. 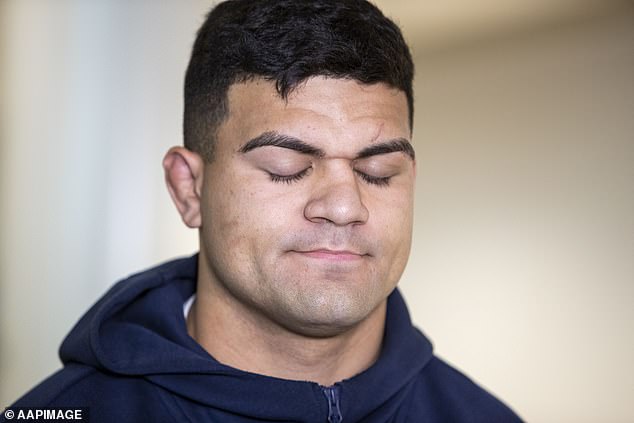 The 20-year-old Gold Coast Titans forward was under the impression he had been invited to the Clear Island Waters home by a woman, according to 9News.

But after entering those inside called police.

He has since been released from custody without charge.