Didn’t check your emails, fellas? Footy stars risk playing ban after turning up RINGSIDE at the Tim Tszyu fight – despite being warned to stay away because of Covid concerns

A number of NRL players were in attendance at the Tim Tszyu fight last night despite the game sending out an email telling players not to attend.

The NRL sent out an email on Wednesday afternoon saying players should not attend the sell-out event due to strict biosecurity measures in place following the outbreak in Queensland and northern New South Wales.

South Sydney Rabbitohs stars Latrell Mitchell and Cody Walker sat ringside and were part of Tszyu’s team – but it is believed they had special clearance from the game to attend. 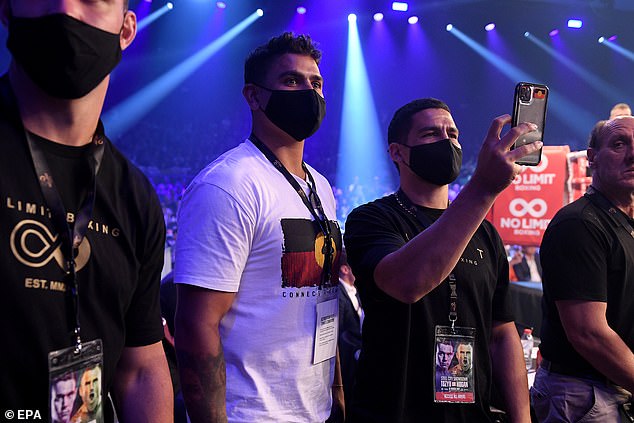 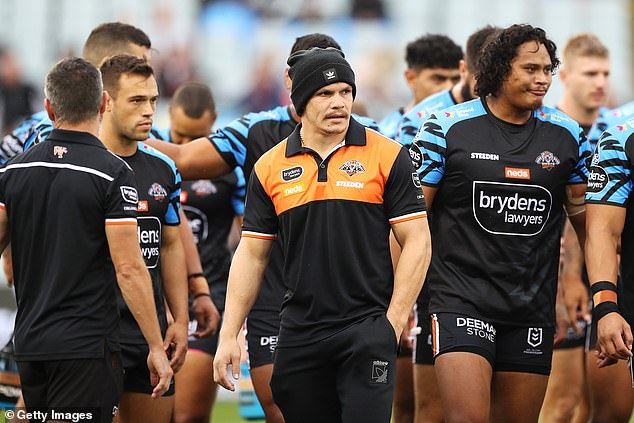 The Rabbitohs and Eels have been contacted for comment on the presence of their players at the fight night.

The Tigers told Daily Mail Australia they are currently speaking with NRL Apollo Group over the matter.

The event, held at Newcastle’s Entertainment Centre, is still several hours away from the one community transfer recorded in northern NSW but the NRL were intent on players avoiding the fight in the interests of the competition.

An email, obtained by the Daily Telegrah on Wednesday afternoon hours before the fight, said the competition did not want players attending the fight.

It’s not clear whether players were explicitly banned and what the punishment would be for attending. 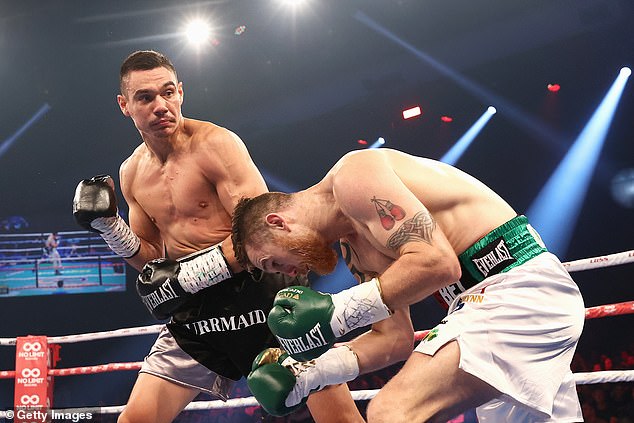 Mitchell and Walker were sitting ringside wearing masks the entire time including while interacting with fans and other famous attendees.

Roberts and Smith were separate from the South Sydney pair and were not wearing masks while watching the fights.

Former players Andrew and Matthew Johns, and Paul Gallen were also in attendance at the event two hours north of Sydney.

Anthony Mundine too watching ringside as Tim Tszyu defeated Dennis Hogan in a dominant display with a fifth-round TKO.

Why I bought the Lil Nas X 'Satan Shoes'