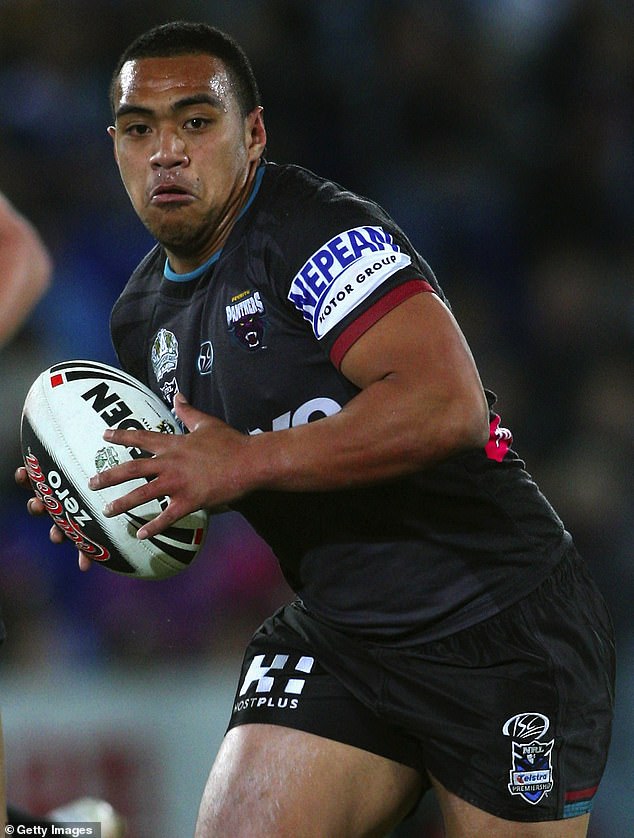 A one-time NRL star tragically passed away following a freak accident in the Outback just hours before his birthday.

Masada Iosefa, 32, who played for the Penrith Panthers and Wests Tigers, died after a quad bike accident in the Northern Territory on Monday night.

Going around a tricky bend, his bike hit a guard rail and rolled – throwing the star off and leaving him with catastrophic injuries.

The former Samoan international was due to celebrate his 33rd birthday on Australia Day.

Northern Territory Police said early investigations indicate a man on a quad bike had failed to negotiate a bend on McKinley Rd, Herbert, around 9pm on Monday. 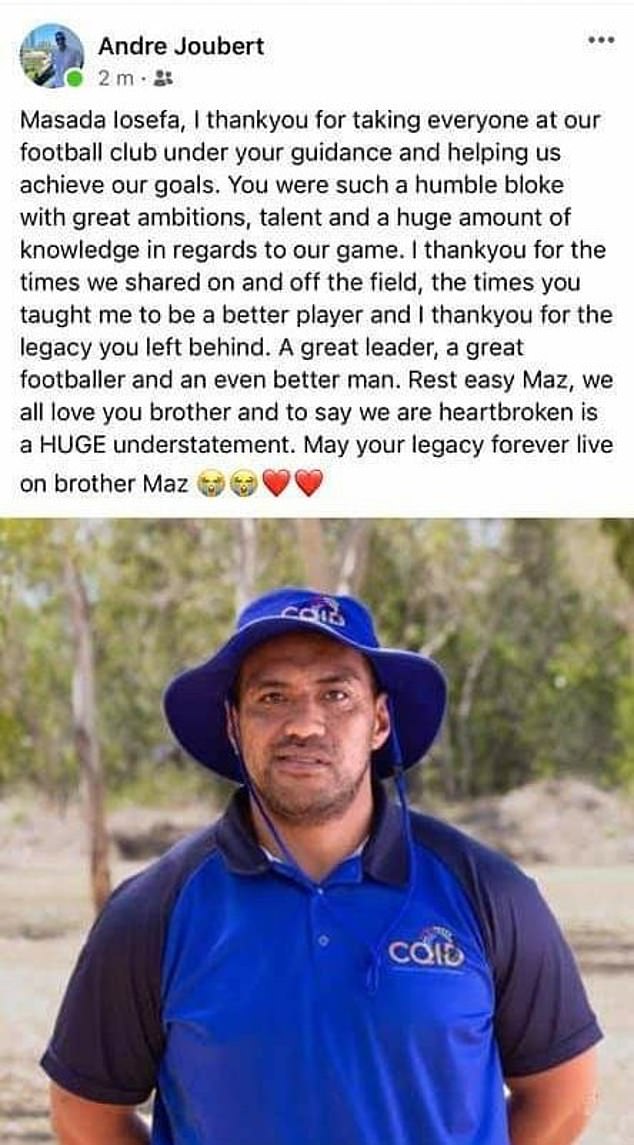 Former NRL star Masada Iosefa (pictured above) has been remembered as a ‘great leader, great footballer and even better man’ following his passing 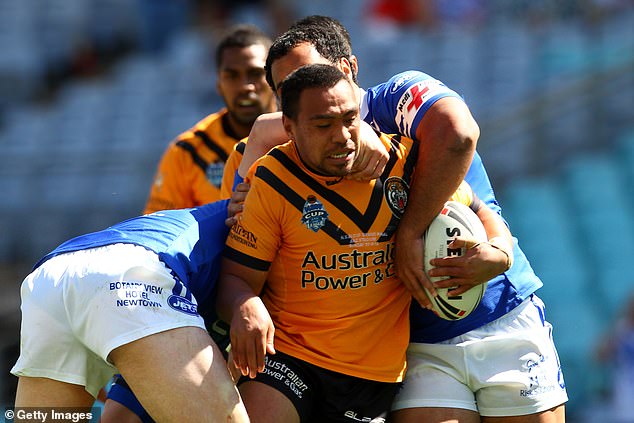 The nuggety hooker (pictured above) represented the Panthers and Tigers in the NRL after he was a schoolboy star at Patrician Brothers’ College, Blacktown

It is understood Iosefa was not wearing a helmet at the time of the accident in rural Darwin.

‘Paramedics and police arrived and, unfortunately, they found the male already passed away,’ he said.

Born in Samoa, Iosefa was a schoolboy footy star at Patrician Brothers’ College, Blacktown before making his NRL debut with the Panthers in 2008.

The ‘tough as nails’ hooker then jumped ship and represented the Wests Tigers in  2012 and 2013.

After hanging up his professional playing boots, Iosefa moved to Rockhampton, where he was excelling as a youth worker.

‘Tough as nails, always went hard without any preservation for his body. Never took a step back to any situation. 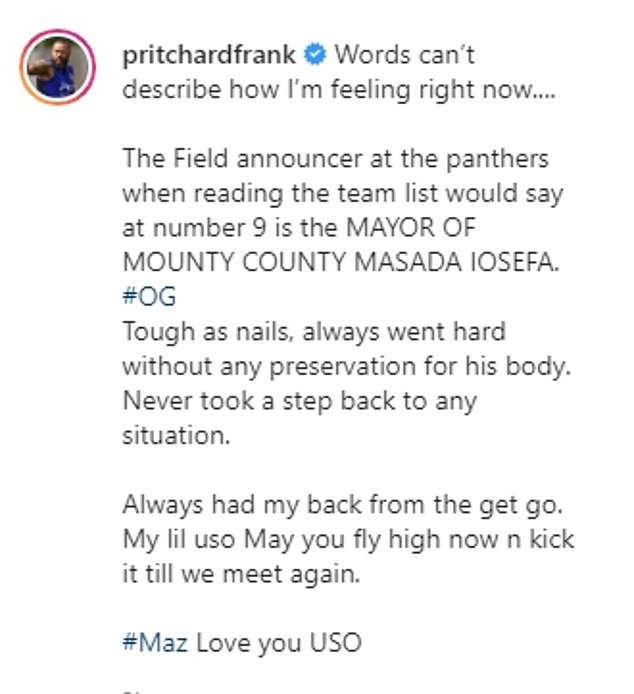 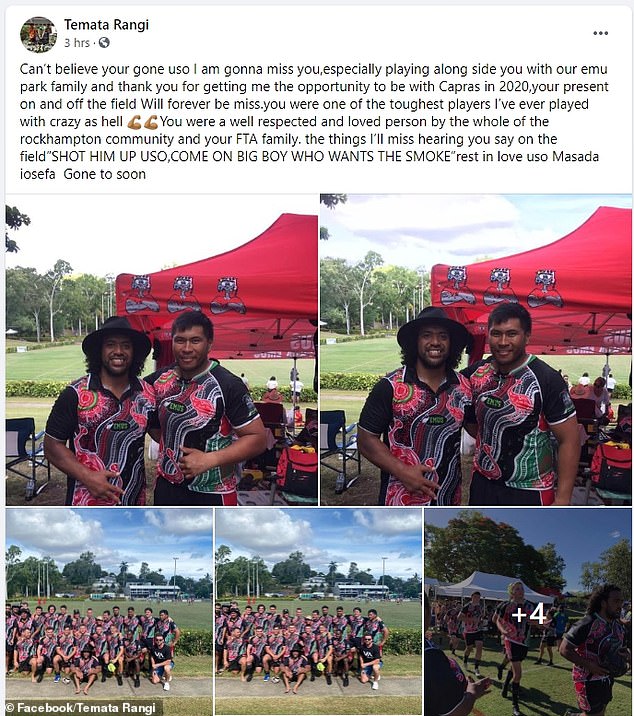 Masada Iosefa moved to Rockhampton after retiring from the NRL where he was employed as a social worker (pictured, a tribute from a distraught friend)

‘Always had my back from the get go. May you fly high now … until we meet again.’

In a statement on Twitter, the Panthers also paid tribute to Iosefa.

‘VALE. Our sincere thoughts are with Masada’s family and friends,’ the club said.

How to Talk So Little Kids Will Listen: A Survival Guide to Life with Children Ages 2-7