An Australian LGBTI rights group is furious after the New South Wales government appeared to exclude same-sex couples from kissing at their weddings during Covid.

A public health order for Sydney’s Northern Beaches to control the recent coronavirus outbreak allowed masks at weddings to be removed ‘for the purposes of the groom kissing the bride’.

A screenshot of criticism of that particular wording of the order, which is no longer in effect, was posted to the group’s Facebook on Thursday, captioned with ‘WTF’.

‘The NSW government just made it illegal for same-sex and gender diverse couples to kiss at their weddings,’ the post shared by the group claimed. 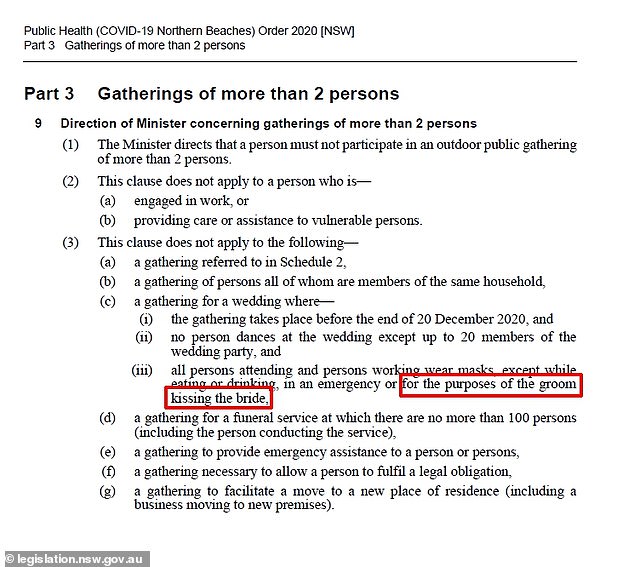 The Northern Beaches public health order, which is no longer in effect, said masks did not need to worn except ‘for the purposes of the groom kissing the bride’

But not everyone agreed the wording was having a dig at same-sex couples and argued the order was written so quickly the oversight could easily be explained.

‘I think it’s just an oversight. Nowhere does it say the above things – the heading is a bit much,’ one person said.

Another responded: ‘I think it was more a rushed job to get it out, than a slight against same-sex or gender fluid wedding kisses’.

Other commentators said it was not in fact made illegal for same-sex and gender diverse couples to kiss.

‘Oh FFS. They didn’t “make it illegal” they just didn’t use inclusive language when listing the exemptions. Yes, that’s still bad but can we not make mountains out of mole hills here?,’ They said.

But some were concerned the wording was more than just an oversight. 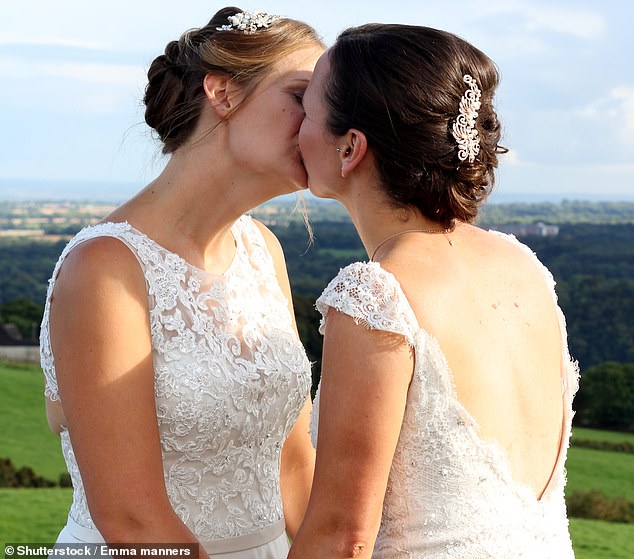 Some commentators hit back, saying they ‘didn’t make it illegal’ for same-sex couples to kiss at their weddings under the order (stock image) 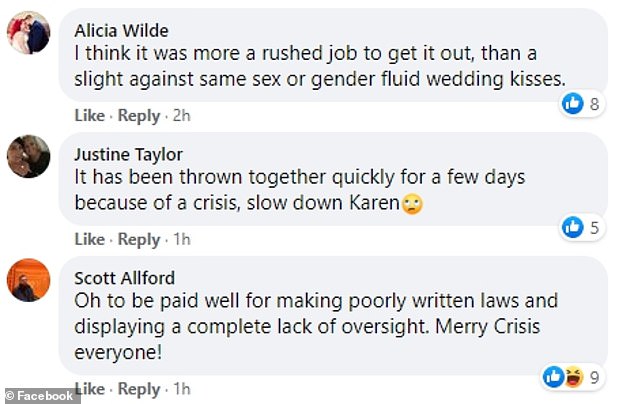 The post divided opinion on Facebook, with commentators saying they thought ‘it was more a rushed job… than a slight against same-sex or gender fluid wedding kisses’

‘I am concerned that it isn’t just an oversight. People involved in wording pieces of legislation have to comply with excessively detailed guidance on the use of words,’ one commentator said.

The public health order was put in place on December 19 to control the spread of Covid-19 following the Avalon cluster outbreak, which by Thursday numbered 104.

The order applied to the 270,000 residents in the Northern Beaches local government area, banning them from leaving home except for acceptable reasons.

Residents from outside were also prevented from entering the area.

The order ended at 11:59pm on Wednesday.

Outdoor gatherings of more than two people were banned, except in limited circumstances. 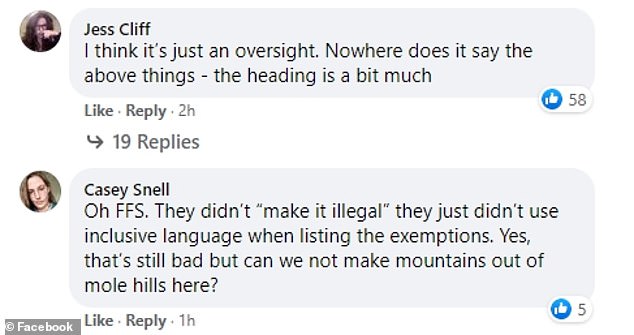 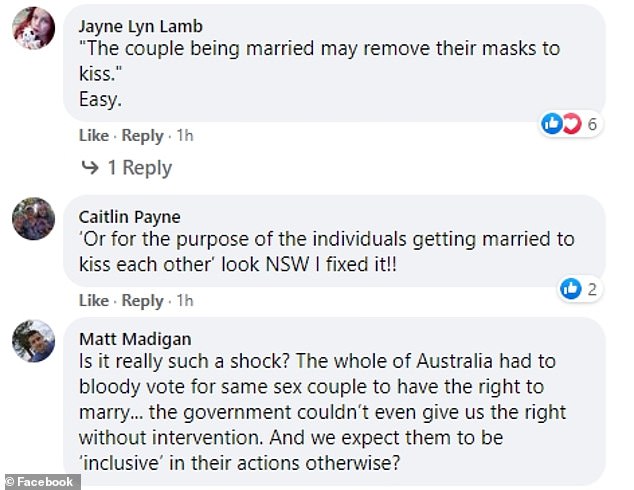 According to the order, a gathering for a wedding could take place before the end of December 20 where certain conditions were met.

These included ‘all persons attending and persons working wear masks, except while eating or drinking, in an emergency or for the purposes of the groom kissing the bride’.

Pure & Simple – An Introduction to the Joys of Canning

Pure & Simple - An Introduction to the Joys of Canning