Crime across most of NSW has remained stable or fallen except for sexual assault, which has had a significant increase.

The latest quarterly report from the NSW Bureau of Crime Statistics and Research reveals that crime across most of NSW has remained stable or fallen in the two years to December 2020.

Property and many violent crimes fell sharply last April, in line with lockdown and other measures to reduce the spread of the COVID-19 during the height of the pandemic. 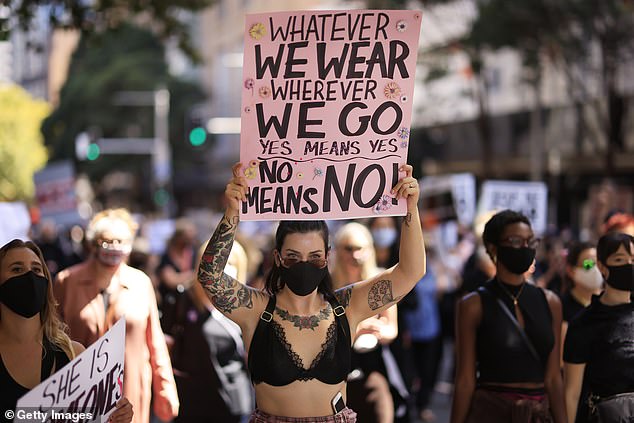 The crime figures showing an increase in sexual assault in NSW comes just days after women’s rights activists took to the streets across Australia (pictured, a protester in Sydney on Monday)

The only major offence to rise significantly in the 24 months to last December was sexual assault, with reports rising 10 per cent year on year (up by 642 incidents). 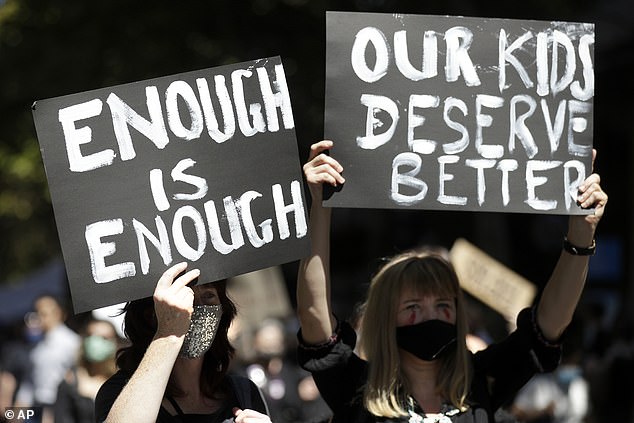 Overall property crime fell 18 per cent in 2020, she said on Wednesday.

‘Break-ins, robbery, shoplifting and stealing remained low throughout the year so these offences are now at historic lows,’ she said.

‘Reports of both domestic and non-domestic assault are consistent with pre-pandemic levels. The continued increase in sexual assault reports remains concerning,’ she said.

'The Gospel Truth?' Covid-19 vaccines and the danger of religious misinformation