The family of a policeman who died in a motorbike crash on his way home form work have welcomed the birth of his baby son.

Baby boy Etzio was photographed with his late father Aaron Vidal’s police hat in a heartwarming family snap to celebrate his birth.

Constable Vidal, 28, died after a ute collided with his motorcycle in Rouse Hill in Sydney’s northwest on June 18 last year.

Before to his death, Mr Vidal and his fiancée Jess named their baby before he was born in January. 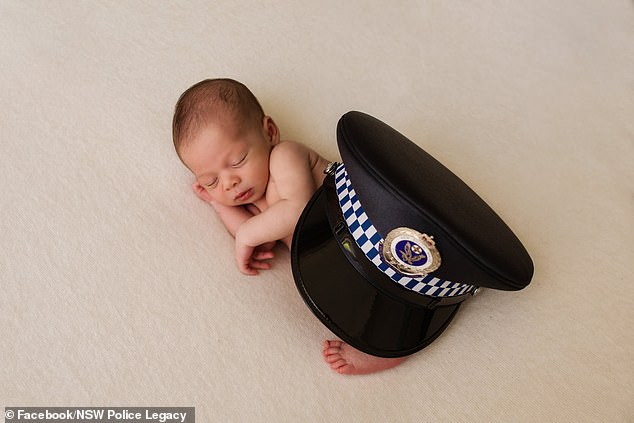 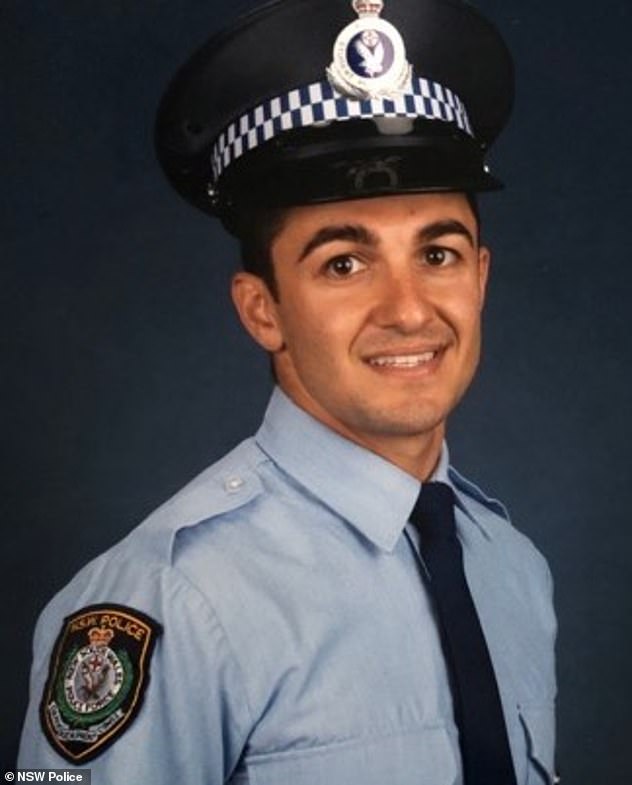 Constable Aaron Vidal (pictured), 28, died after a ute collided with his motorcycle on his way home from work in Rouse Hill in Sydney’s north-west on June 18 last year

NSW Police Legacy shared the picture of baby Etzio and another being held by the organisation’s chairman Gary Merryweather on Monday.

‘It’s with open arms but heavy hearts that we welcome to the Police Family our youngest new Police Legatee, Etzio Vidal, born last month,’ the post was captioned.

‘Aaron’s partner Jess tells us that she is so grateful to have had the opportunity to name their son together before he died.’

NSW Police Legacy has an appeal page to raise money to raise baby Etzio in his father’s absence.

Mr Vidal worked in the Australian Army before he became a NSW Police Force constable in December 2018. 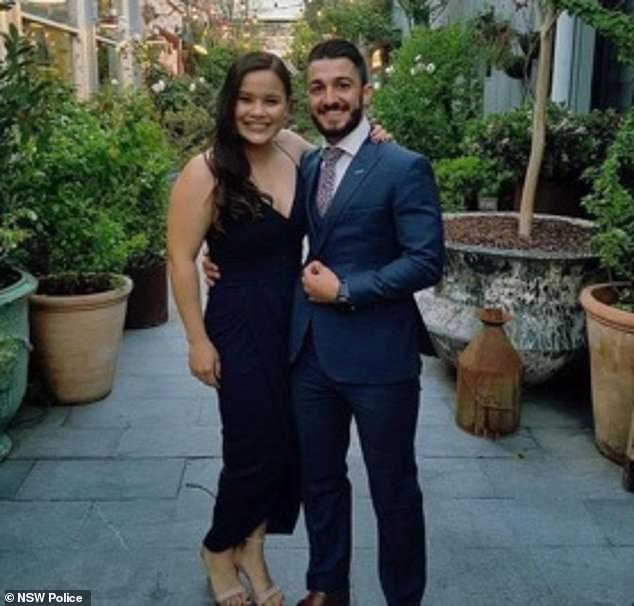 Prior to his death, Mr Vidal (right) and his fiancée Jess (left) named their baby boy Etzio before he was born in January of this year

The 28-year-old followed in the footsteps of his Father, Chief Inspector David Vidal, at Sydney City PAC, upholding the family tradition of policing.

‘You were a proud dad to be and busting to find out our baby’s gender and you wanted so bad to share that exciting news with everyone. Well darling here is your last wish, we are having a baby boy,’ she said, according to The Daily Telegraph.

‘I have no doubt he will grow up to be just as stubborn, handsome, witty, loving and wise, just like you… to the love of my life, always and forever.’ 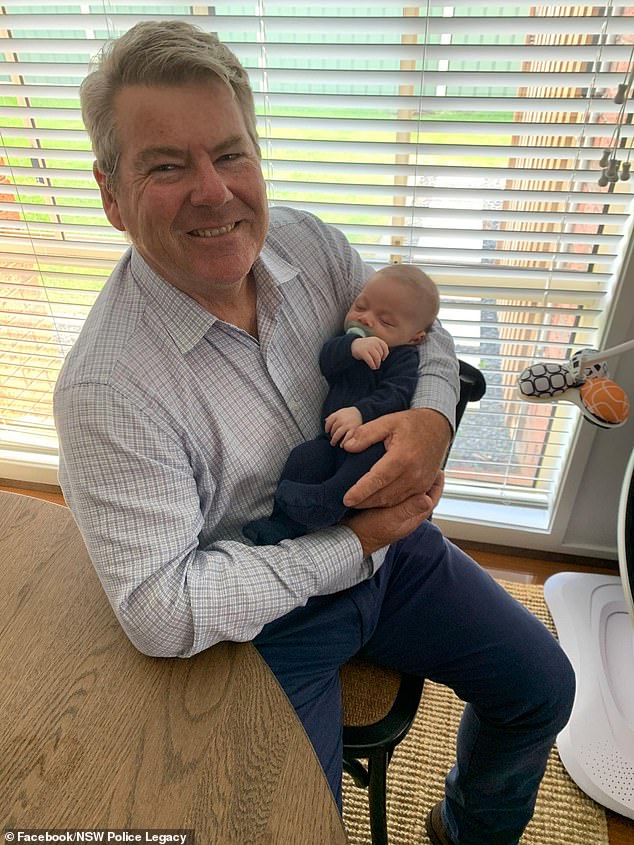 His teary-eyed father David – who worked alongside Constable Vidal at the Day Street Police Station in Sydney’s city centre – delivered a eulogy with lines he expected to say on his son’s wedding day.

‘Your child will miss out on the best father they could have ever wished for. Your friends, army mates and both blood and blue families will miss you,’ he said.

Police allege the tragedy unfolded when Balla failed to stop at a red light at the intersection of Windsor and Schofields roads.

He was allegedly driving ‘negligently’ and ‘in a manner dangerous to other persons’, according to police documents.

Balla will return to Parramatta court on Thursday. 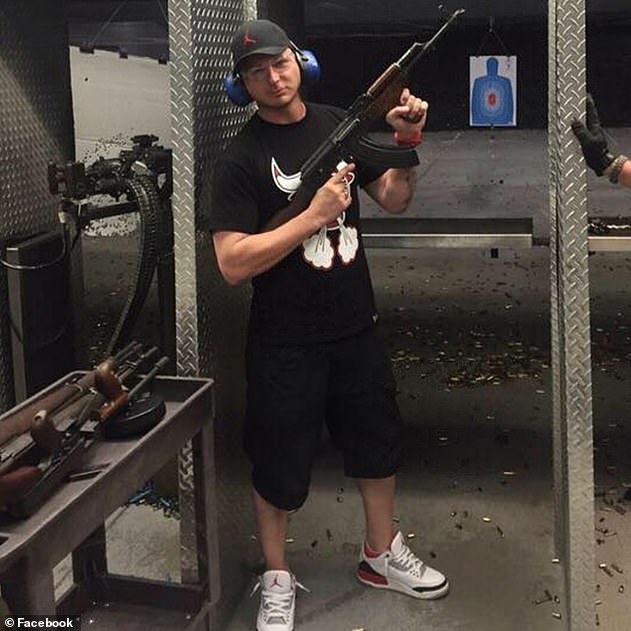