Health authorities released the numbers on Sunday confirming that three people in one family got the virus from a family of four staying in an adjacent room in the Adina Apartment Hotel in Sydney’s CBD.

Both families have the same viral sequence prompting all travellers staying on level 12 of the hotel to be retested. So far the remaining guests have returned a negative result. 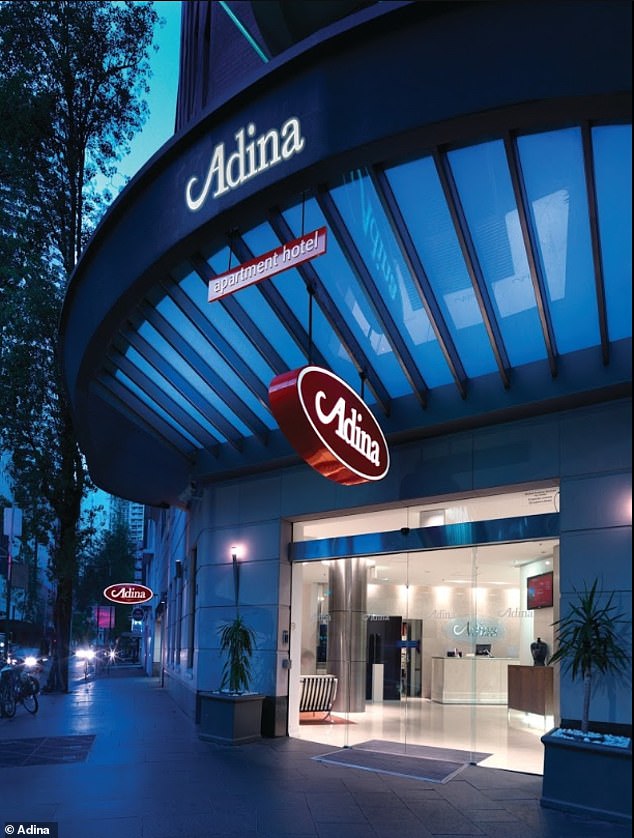 Security staff from the Adina Apartments were either partially or fully vaccinated.

Investigations are ongoing as to how the virus could have spread between the two parties, as both groups arrived to the hotel on different days and from different countries.

Health authorities say the family of four were infectious between April 8 and 11.

Both families have been moved to the Special Health Accommodation to be treated.

They will remain at the accommodation site until they are no longer infectious.

No other cases of Covid-19 were reported after 8,088 tested were conducted in the 24 hours to 8pm Saturday.

The woman died from the condition known as thrombosis with thrombocytopenia.

Federal Health Minister Greg Hunt has extended his condolences to Ms Norris’ family and says the Australian Technical Advisory Group on Immunisation will now conduct a ‘continuous review’ of all vaccines. 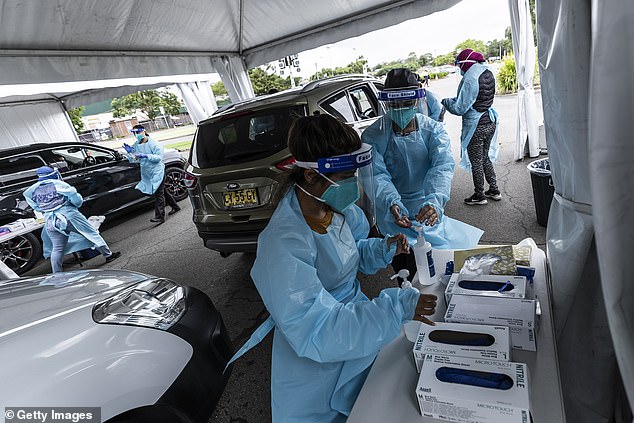 All seven guests were found to have the identical Covid-19 viral sequence following testing in Sydney (pictured, healthcare workers at Merrylands, in western Sydney, in January)

‘Throughout the course of the pandemic, we have followed the medical advice and we will continue to do that … sometimes that leads to difficult and hard decisions,’ he told reporters on Saturday.

Professor Kelly confirmed some Australians have been reluctant to receive a vaccine since the medical advice on the AstraZeneca jab was updated.

However he stressed the vaccines were safer than the alternative, quoting a Oxford University study which found the risk of blood clots in the brain is eight times more likely after a COVID-19 infection than an AstraZeneca jab.