NSW teenager is fighting for life after a WHALE body slammed his boat in North Narooma, NSW


A teenager is fighting for life with a broken neck and severe head injuries after a humpback whale body-slammed his boat, as the young man’s stepdad is praised for making the call that saved his life.

Nick, 18, and Matt, 39, were fishing in North Narooma, on the far south coast of New South Wales, on Sunday morning when the enormous mammal hit the deck of the vessel.

Matt, who had cuts on his face and a concussion, reportedly ‘saved Nick’s life’ when he acted quickly and made an emergency call to marine rescue.

Despite escaping death, the young man’s shattered family said in a statement to Daily Mail Australia that he is in a coma and they don’t know if he’ll ever wake up.

Humpback whales can reach 18 metres in length and weigh up to 40 tonnes.

Pictured: Nick, 18, was severely injured when a humpback whale hit his fishing boat on Sunday 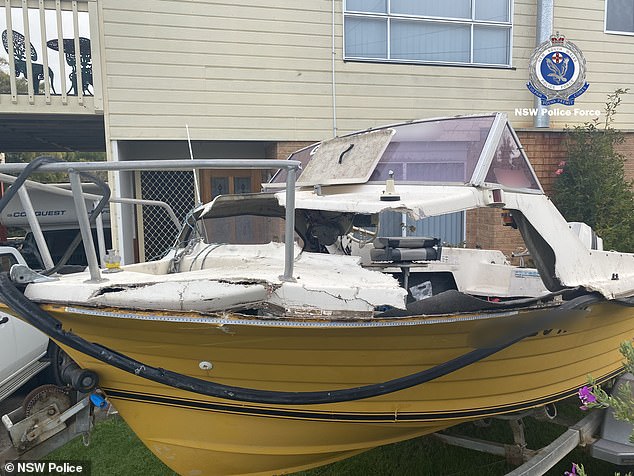 Pictured: The boat Matt and Nick were in when the whale leapt out of the water and body-slammed the deck

‘Matt was able to quickly get them back to shore, using the VHF [radio] to make a mayday call on the way, to organise an ambulance to meet them on arrival at the boat ramp,’ the family said.

Both sailors were taken to Moruya Hospital but the teenager was later flown to Canberra Hospital with serious injuries.

Nick is expected to be in hospital for ‘some time’ and his medical expenses continue to mount.

The family added: ‘Matt and Nick are seasoned fishermen, and this was an accident that could have happened to anyone.’

‘At this stage, we don’t know when he will wake up, or how this has affected his brain,’ Ms Bartley said. 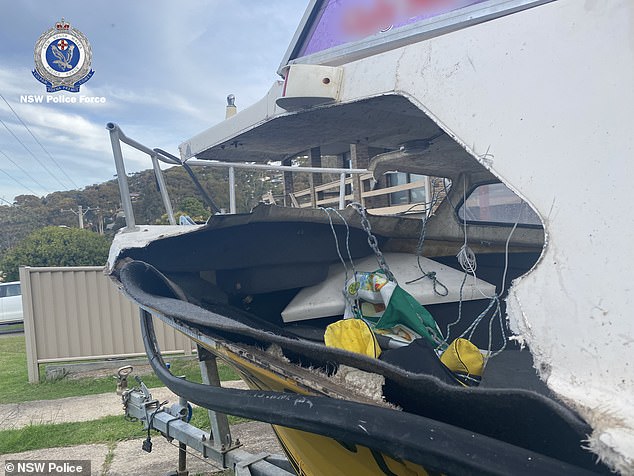 Pictured: The damaged boat Nick and Matt were in when a humpback whale breached the deck 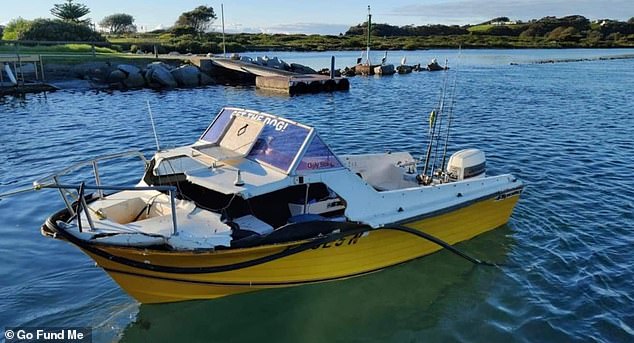 Pictured: The fishing boat Nick and Matt were in when a 40,000kg whale landed on it on Sunday

She explained the family will likely need to pay for modifications to their home to accommodate for Nick’s injuries, or move to a larger home.

‘We also need to help Nick’s family survive financially through this ordeal, including paying for accommodation in Canberra to be with him, hopefully without them having to leave Nick’s side to return to work too soon,’ she wrote.

‘While inquiries are in their infancy, the incident demonstrates the dangers these mammals can pose to those on the water,’ Supt McNulty said.

They were taken to Moruya hospital (pictured), but the teenager was later flown to Canberra Hospital

‘In recent days, the number of whales migrating north has dramatically increased, and maritime authorities have received reports they’re travelling closer to the coast than in previous years.

‘Given the close proximity to the shoreline, there is potential for some spectacular whale watching, but we encourage anyone hoping to get a closer look to maintain a safe distance.’

It is believed the whale may have also been injured during the incident.

NSW National Parks and Wildlife Service will work with Organisation for the Rescue and Research of Cetaceans in Australia to monitor the mammal.

Humpback whales start to migrate from Antarctica in March and reach the warmer waters of Queensland by June. 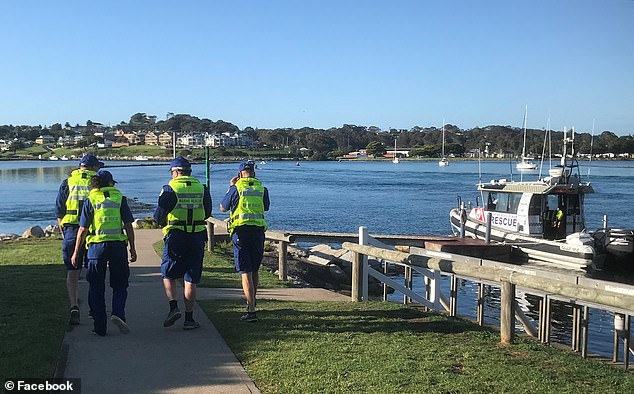 Authorities have urged  skippers to be aware of surroundings and maintain safe distances while on the water during this season’s migration.

Supt McNulty reminded coastal residents not to approach a whale and to remain at least 100m away while on a boat, and 300km away on a jet ski.

‘For those lucky enough to view from above the water, unmanned aircraft (drones) must not encroach closer than 100m,’ he said.

CHRISTOPHER STEVENS reviews last night's TV: Therese hitched a lift and she paid with her life

Kuwaiti Foreign Minister: It was agreed to open the airspace and the land and sea borders between Saudi Arabia and Qatar

The Walt Disney Company (NYSE: DIS) shares have found strong support above $160, and according to...