The number of people who died and were not found for weeks rose sharply during the pandemic, a study has found.

Post-mortems on ‘markedly decomposed’ bodies in the UK increased by 70 per cent during the pandemic.

Researchers compared data from the 12 months before and after the implementation of the first national lockdown on March 23 2020.

Every severely decomposed body found at home was someone who live alone, the study by Imperial College’s Healthcare Trust has said in their paper.

The findings, published in the Clinical Pathology journal, said that the rise meant tha tmany loved ones were left without substantive answers over causes of death – including potential genetic diseases. 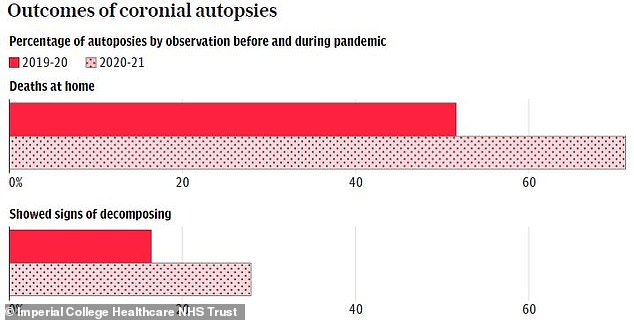 Covid restrictions imposed for the first time in March 2020 meant that household mixing was significantly reduced.

The study also found that 38 per cent more deaths in the 2020/21 sample were from home, reflecting the ‘stay at home’ restrictions which were in places for months during the year.

Co-author of the study, Dr Theodore Estrin-Serlui told The Telegraph: ‘This excess in severe decomposition following death is generally a sign of the body not being found for a long time, in excess of at least a week.’

The Office for National Statistics (ONS) has said that more than 60,000 extra deaths have occurred in private homes since the start of the Covid pandemic. 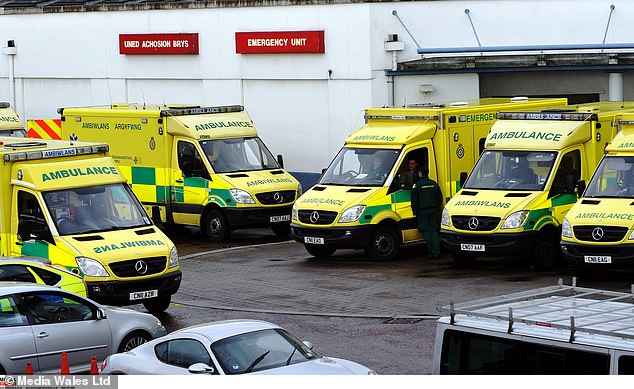 The number of deaths at home in the England and Wales has steadily risen since 2005, with thousands more people choosing to die in the comfort of their home rather than a hospital bed.

But the proportion leapt nearly 30 per cent in 2020 compared to the year before, as Britons were told to ‘stay home, protect the NHS, save lives’ when Covid struck.

The ONS data shows there were about 41,000 more at-home deaths from all reasons in 2020 compared to 2019, with the number of people dying at home peaking in May.

However, figures for 2021, which go up to June, show there were nearly 25,000 more deaths at home than the five-year-average for this period, casting doubt over lockdown being the sole reason for the rise.

Dr Sam Royston, director of policy and research at Marie Curie, told the Telegraph: ‘The pandemic has been a stress test for how well our health and care system works for people dying at home.

‘And this data clearly shows a system failing people when they are most in need.’ 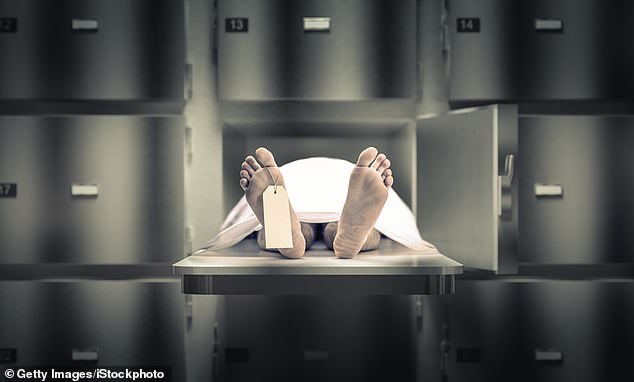 A Department for Health and Social Care spokesman sent condolences to those affected by the loss.

They added: ‘We are incredibly grateful to NHS staff, including district and community nurses and volunteers, who have worked tirelessly throughout the pandemic to deliver palliative and end-of-life care to people at the most difficult time of their lives’.

There has been serious debate over the merit of the lockdowns and if they did more harm than good for the nation’s health with it leading to people avoiding seeking medical help out of fear of the virus and disrupted tests and scans for illnesses such as cancer.

Experts have called for further and more detailed research to determine if people are choosing to die at home, or if they being left to suffer by a system unable to to provide them quality care of their final days.

The biggest at-home killer was heart disease, killing more than 25,000 people in 2020 alone. Covid has only played a comparatively minor role in deaths at home, killing around 3,000.

Toronto catches its breath thanks to 32 points from Pascal Siakam