Nurse, 35, dies of cancer after wrongly being given the all-clear… by doctors at her hospital 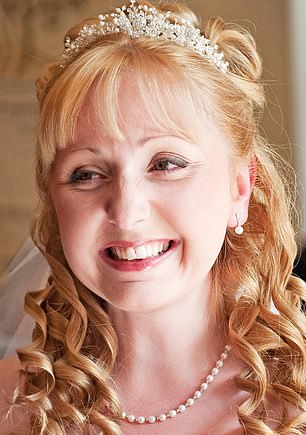 Catherine Jones, 35, a nurse in the cardiology ward at Wrexham Maelor Hospital in North Wales died from cancer in 2016 after mistakenly being given the all-clear by doctors at the hospital [File photo]

A dedicated nurse developed cancer and died three years after having a cyst removed because doctors mistakenly gave her the all clear.

Catherine Jones, 35, underwent surgery to remove an ovarian cyst at Wrexham Maelor Hospital, north Wales, where she worked, in July 2013.

A biopsy sample from the cyst should have been flagged as ‘borderline’ cancerous – meaning she would have been offered surgery to remove the affected right ovary and undergone further treatment.

But instead she was not called for any follow up appointments and assumed she had the all clear.

Sadly, the cancer returned over the summer of 2016 and Mrs Jones, who worked as a staff nurse on a cardiology ward, was rushed back to hospital.

Urgent tests revealed a large cancerous tumour and she underwent a hysterectomy. Mrs Jones was then wrongly told she was cancer free. In fact, it had spread and she died a few months later, in November 2016.

For the past four years Mrs Jones’ husband, David, 42, a chartered engineer, has been fighting Betsi Cadwaladr University Health Board (BCUHB), which runs the hospital, to learn the truth about his wife’s care.

Over that time bosses insisted they had investigated Mrs Jones case properly and that nothing had gone wrong.

But a pre-inquest hearing, in Ruthin, on Friday (Nov 20) was told that the hospital had finally apologised and admitted they bungled Mrs Jones’ treatment and that she would likely have survived had she received proper care.

‘Catherine was concerned about what happened to her before she died, she knew things had gone wrong because the hospital had already indicated they were investigating,’ Mr Jones, of Hawarden, North Wales, said.

‘I promised her I would find out the truth. Her death was avoidable. She was deprived of her future and need not have suffered. She should have been celebrating her 40th birthday this week but she was let down at every stage by the very hospital she worked for.’ 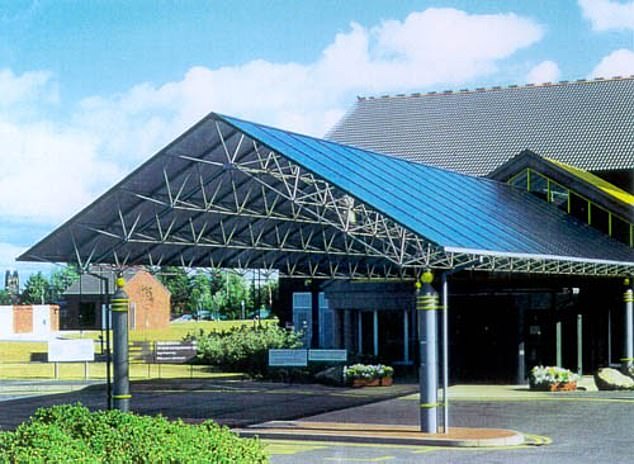 Wrexham Maelor Hospital in North Wales, where Catherine Jones worked, has finally admitted they bungled her treatment, a pre-inquest hearing was told on Friday [File photo]

Mr Jones, who had been married to his wife for six years before her death, added: ‘Catherine was an incredible, kind and loving person who saved lives and made everybody smile.

‘I am utterly devastated and can’t believe that my journey through life with Catherine physically by my side came to a painful, traumatic, distressing and unnecessarily premature end.

‘It is with profound regret, deep sadness and immense sorrow that I could not protect her from her ordeal. Her loss goes beyond my own and that of her family and friends. It is also a loss to her patients whose lives she should still be saving.’

Mr Jones’ solicitor, Richard Jones, of St Asaph-based Mackenzie Jones, described the widower as ‘Wales’ answer to Erin Brockovich’ – a reference to the single mother who managed to prove a power company was polluting a Californian city’s water supply, and whose story was made into a Hollywood blockbuster, starring Julia Roberts.

He said Mr Jones had refused to accept the hospital’s repeated insistence that they were not at fault and sought out experts in ovarian cancer to assess his wife’s medical notes.

After presenting the hospital with a dossier of evidence they were left with no choice but to admit they botched her treatment, the solicitor said.

‘My client has uncovered systemic failings on the part of the health board,’ Mr Jones said.

‘If you have heard of Erin Brockovich, he is the Welsh version. By looking at medical records, researching ovarian cancer and engaging experts he has discovered the rights and wrongs of what went on with his wife’s care.’

Mr Jones claimed his client’s discovery could have implications for other women in north Wales whose biopsy results may also have been misinterpreted.

‘David believes the women of north Wales are extremely vulnerable,’ Mr Jones added. ‘He was determined to find out what happened to his wife, but it has progressed into a quest to investigate the failings of the Trust for the benefit of the patients of north Wales as a whole. It goes beyond one isolated case of negligence. How many other people have been the subject of mis-reporting and systemic failings like Catherine was?’

John Gittins, coroner for north east Wales, told the hearing: ‘I have been made aware by the health board that (there has been) a full and frank acceptance that the 2013 sample should have been categorised as a borderline case in which the care and treatment Catherine Jones would have received thereafter would not have been as it was.

‘Ultimately, it was an acceptance that…she would not have died because the ovary would have been removed following the correct classification of the sample from 2013.’

Mr Gittins is due to hold a full inquest into Mrs Jones death next year and said he would be seeking reassurances from BCUHB that ‘investigations and processes had taken place subsequently to make sure there is no similar cases and the risk of recurrence has diminished.’

Arguing that the coroner should examine the full circumstances leading up to Mrs Jones’ 2013 surgery, Louis Browne, QC, representing her family, said: ‘Something seriously went wrong and acknowledging what went wrong is only part of the picture. The evidence appears to show that there was no system in place at the Board at the time for follow up in cases like Catherine’s and, in our submission, the public are entitled to know about that and potentially if there are failings that need to be brought to light and lessons learned. Your inquiry is the only means by which that will be done.’

Mr Browne pointed out that the hospital maintained that the 2013 biopsy slides had been reviewed twice since Mrs Jones’ death and both times they insisted there was ‘no malignancy.’ However, a review by expert witnesses had revealed otherwise.

Mr Browne told the coroner: ‘If there had been an investigation that was slipshod it is right that that is investigated by you and lessons are learned from it.’

BCUHB has been in special measures, under the direct control of the Labour-run Welsh Government, for six years, but has struggled to improve. Over that period waiting times for operations have risen and debts soared to over £40million. The board have also struggled to attract GPs and there are staff shortages in several specialisms, while spending on agency nurses has topped £1million a month.

Last year, in a bid to save money, BCUHB announced plans to stop paying nurses for their breaks, effectively forcing them to take a pay cut. But the move was scrapped following huge opposition and it later emerged the board had been paying one management consultant almost £2,000-a-day to help them cut costs – even allowing him to work one day a week from his Spanish bolthole. His contract has since been terminated.

Mark Clattenburg reveals ‘you would never, ever trust Roy Keane’ and that Jose Mourinho ‘hates’ him