Nurse, 79, and Dancing Grannies member is one of five killed in Waukesha tragedy


A 79-year-old registered nurse and member of the Milwaukee Dancing Grannies is one of the five fatal victims of the Waukesha tragedy on Sunday.

Two children are in critical condition, 18 minors remain in the hospital and 48 are injured in total, but police the number may rise.

Virginia was a nurse and member of the Milwaukee Dancing Grannies, a group of elderly women marching in the parade, for almost two decades.

She had been married to her husband, Dave, for 56 years and had two adult children and six grandchildren. Virginia worked part-time in medical records.

‘What did she like about it? Everything,’ her husband told the Milwaukee Journal. ‘She liked the instructing. She liked the dancing and the camaraderie of the women. She liked to perform.’

He said Virginia was helping dancers from the parking lot to the start of the route on Sunday.

‘[She] was going to ride in the van behind the woman and be an instructor. They were short help so she offered to hold the banner going down the street. so she did that. I was at the end in the car. I was sitting in the car waiting,’ he added.

‘Those who died were extremely passionate Grannies. Their eyes gleamed…..joy of being a Grannie. They were the glue….held us together,’ the group posted on Facebook. 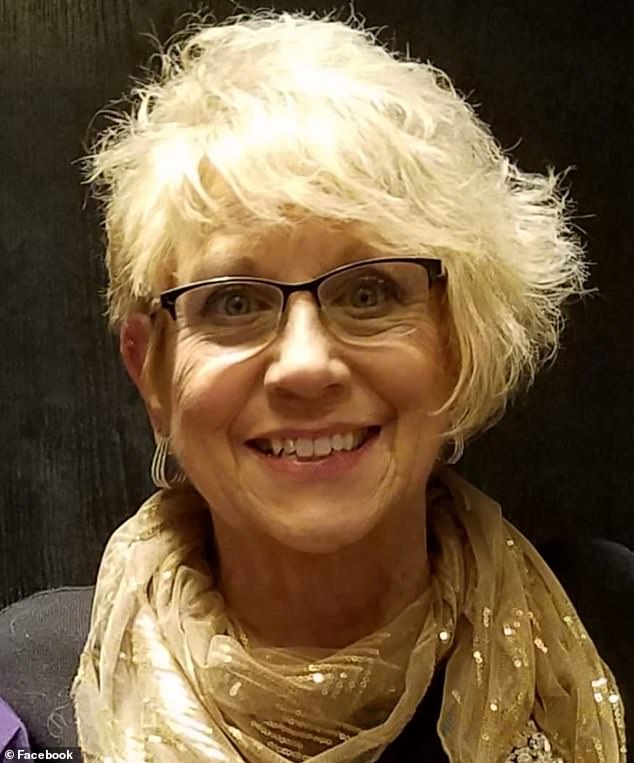 Virginia Sorenson, 79, was a mother-of-three nurse member of the Milwaukee Dancing Grannies, a group of elderly woman marching in the parade 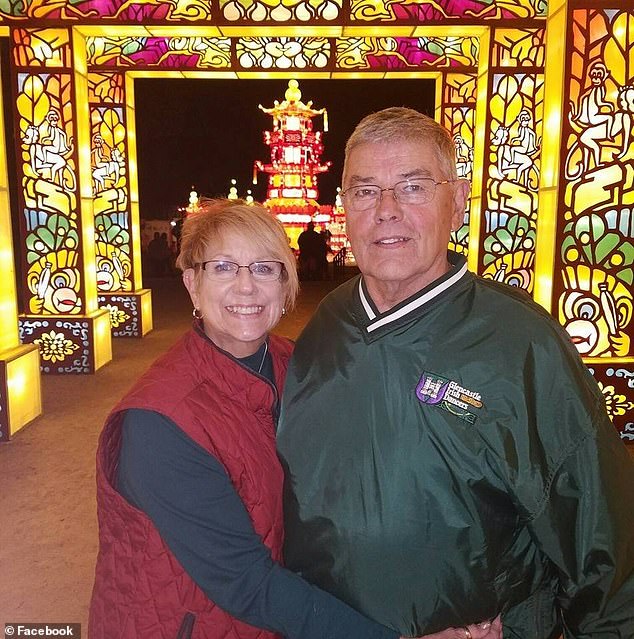 ‘What did she like about it? Everything,’ Virginia’s husband of 56 years, Dave, said. ‘She liked the instructing. She liked the dancing and the camaraderie of the women. She liked to perform’ 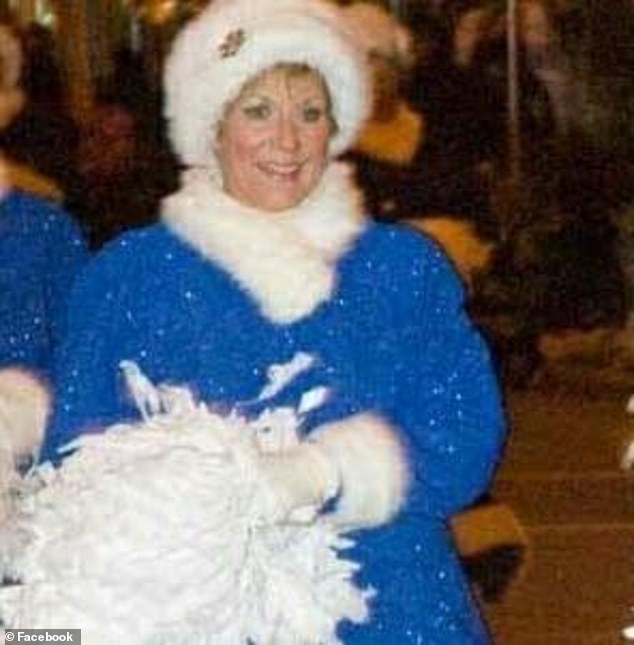 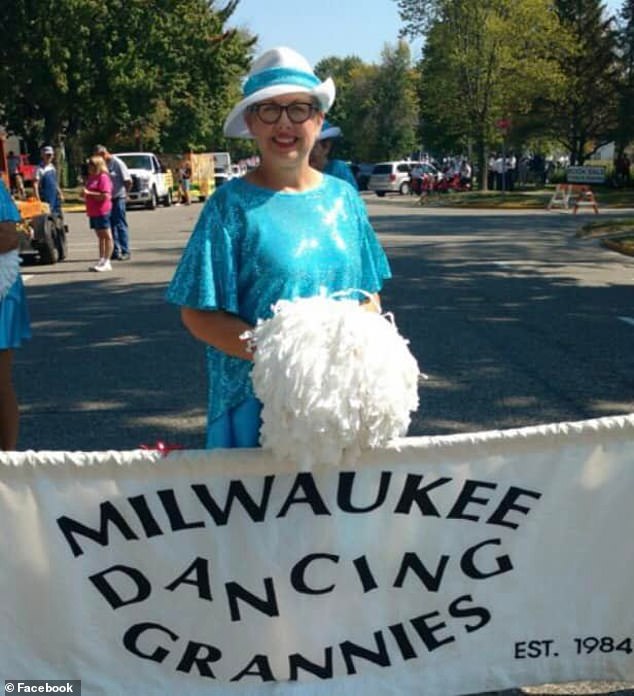 Dancing Granny Betty Butula Streng, who had just joined the group, was also badly injured. The degree of her injuries is unknown but she’s now in ICU, according to members of the community

Dave told the outlet that despite her bad hip and knee, Virginia loved to make new members of the grannies feel welcomed.

In a Facebook comment, she encouraged newcomer granny Betty Butula Streng writing ‘Our future Milwaukee Dancing Granny…great picture, she has the moves and the smile.’

Betty, who had just joined the group, was also badly injured.  The degree of her injuries is unknown but she’s now in ICU, according to members of the community.

‘Dear friends, please hold in prayer Betty. This parade in Waukesha was the first gig for her as a part of the Dancing Grannies. She is currently in ICU. Please lift her and all others impacted by this tragedy in prayer. Lord, in your mercy…’ Betty’s friend, Krist Ertl posted on Facebook.

A Citizen Bank employee who was walking with a parade float was also fatally struck.

A suspect identified as 39-year-old Darrell Brooks was taken into custody for reportedly plowing his red SUV through crowds at parade. Police said they found his red Ford SUV parked neatly in a driveway five blocks from where he drove through crowds of kids and elderly dancing groups. 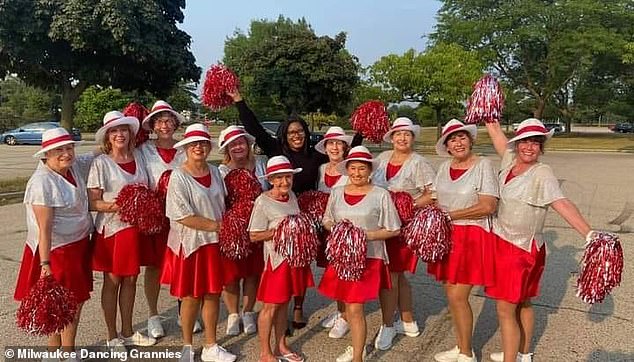 Police said Brooks was fleeing domestic dispute, and the attack was not fueled by terrorism.

Five victims were transported to Waukesha Memorial and one of them died. Twelve others were treated by first responders at the scene.

More than one of the fatal victims were part of the Milwaukee Dancing Grannies.

Footage shared online shows some of the dancing grannies just seconds before Brooks plowed through the crowd, as horrified pedestrians try to get out of the way.

The grannies voiced their heartbreak after the tragedy.

The Facebook statement read: ‘Our group was doing what they loved, performing in front of crowds in a parade putting smiles on faces of all ages, filling them with joy and happiness. While performing the grannies enjoyed hearing the crowds cheers and applause which certainly brought smiles to their faces and warmed their hearts.’ 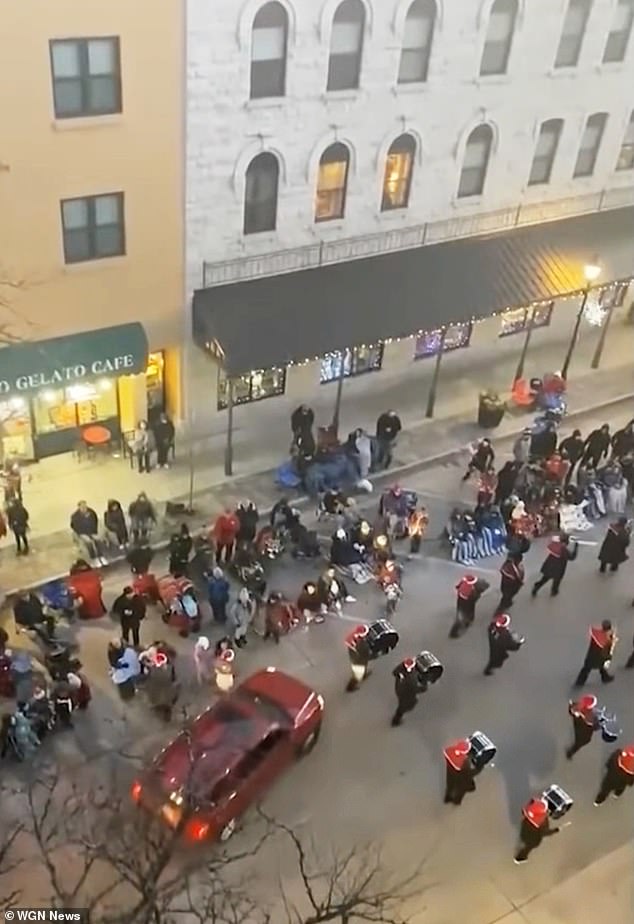 Footage shared online shows some of the dancing grannies just seconds before Brooks plowed through the crowd, as horrified pedestrians try to get out of the way 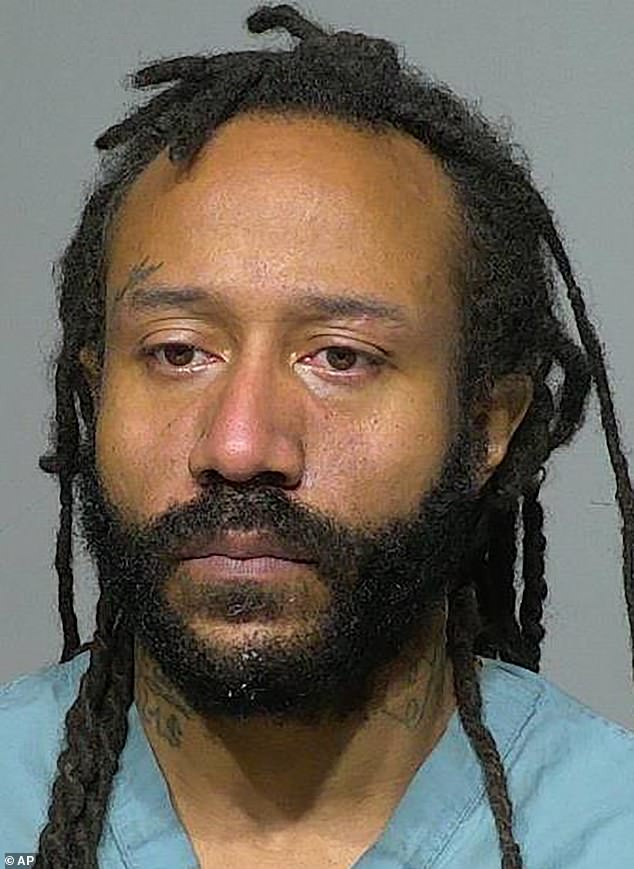 Darrell Brooks Jr, 39, from Milwaukee, was detained shortly after a red SUV ploughed into the annual Christmas parade in the town of Waukesha, leaving at least five people dead and 40 injured – including at least 12 children on Sunday night. He is shown in a November 3 mugshot, when he was arrested for battery and domestic abuse 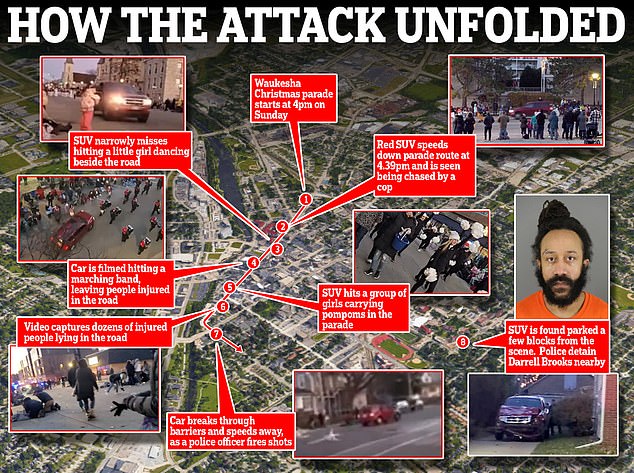 The Christmas parade began on Sunday at 4pm, with participants starting at Main St. and Whiterock Ave. It was always intended to be a short parade, ending half a mile away at the northeast corner of Cutler Park. At 4.39pm, the red SUV is filmed speeding down Main Street. It smashed into the crowd, and sent bodies flying, before carrying on down towards the end of the parade, where the car broke through barriers. The SUV was found less than five blocks away and the driver was taken into custody but it’s unclear exactly where

‘Our hearts are heavy at this most difficult time, as more information and updates become available it will be posted . Please keep them their families, friends, the Milwaukee Dancing Grannies and everyone who lives have forever changed in your thoughts and prayers,’ it concluded.

Brooks was taken into custody in Waukesha on Sunday night.

The amateur rapper has a long criminal history dating back to 1999 with more than 15 arrests in the state of Wisconsin alone for charges including possession of drugs, strangulation and suffocation, battery, illegally possessing firearms as a convicted felon and resisting arrest.

On Sunday he was fleeing the scene of a domestic dispute when he crashed into the crowds.

Police had just arrived at the home that he had fled when he plowed into the parade crowds, killing five adults. The victims have been identified as four women and one man, aged 52 to 81.

At a press conference on Monday afternoon, Waukesha Police Chief Dan Thompson said: ‘This is not a terrorist event.’ 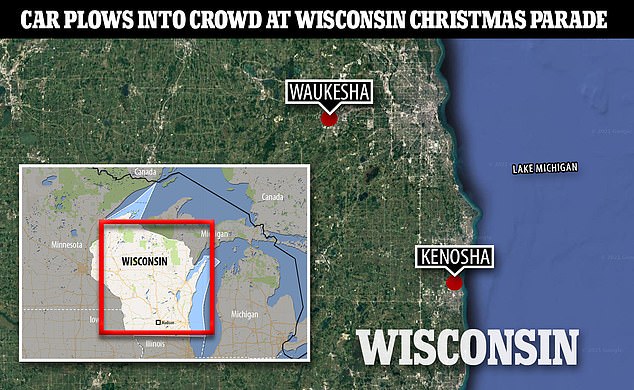 The incident comes just two days after Kyle Rittenhouse, the accused Kenosha shooter, was acquitted of murder charges in the deaths of two men during the unrest that erupted last year in the wake of a police shooting of a black man. Kenosha is located about 55 miles south of Waukesha. There is no indication yet that the two are connected 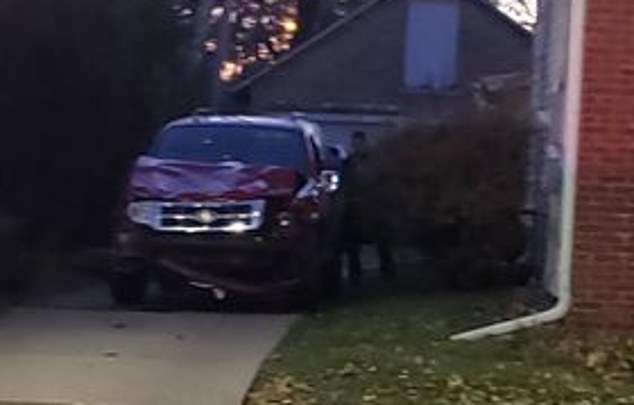 The SUV was found around five blocks from where the parade carnage took place, parked in a driveway. It’s unclear whose home it was or if he was found inside, but he was taken into custody nearby 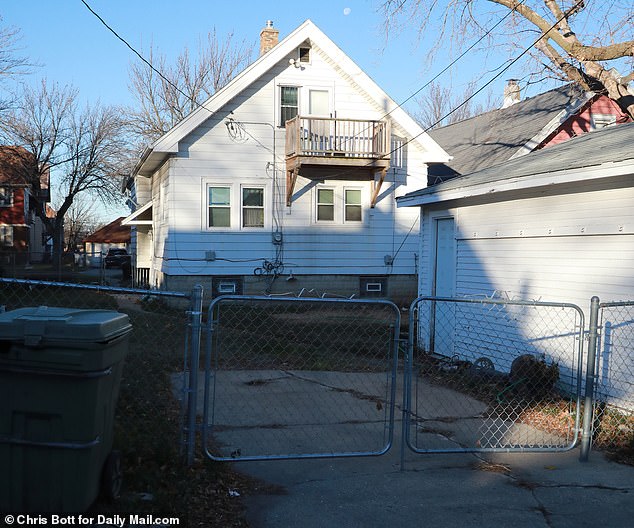 Pictured, the suspect’s home in Milwaukee. A man who came to the door said he could not speak to DailyMail.com. ‘If you’re trying to get some information I can’t talk to you. I know what this is related to but we’re not going to talk to you,’ he said

Alex Rodriguez deals with the sorrows of his separation from Lopez with a new love .. “Successful in Move On”