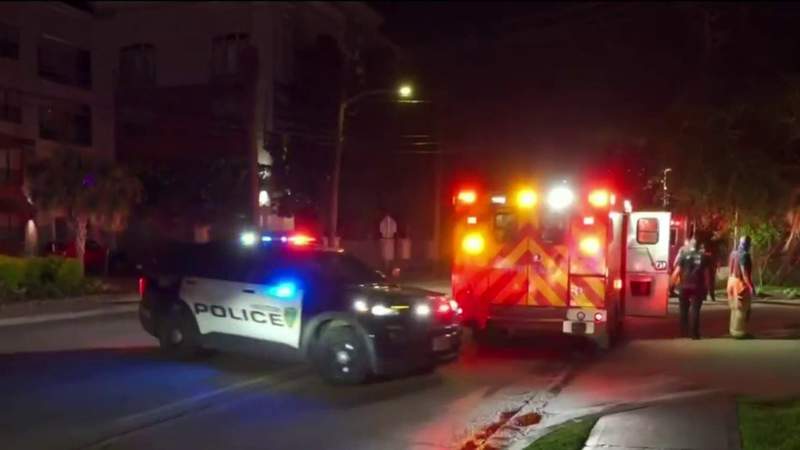 HOUSTON – The four-year-old step-daughter and wife of an off-duty Harris Co. Precinct 1 deputy constable were shot inside their apartment early Sunday during a home invasion, according to the Houston Police Department.

At approximately 2:20 a.m. Sunday, officers were dispatched to an apartment complex at 2210 West Dallas Street in reference to a home invasion. The off-duty deputy constable reported an unknown suspect forced entry into his apartment.

The suspect is described as a Hispanic male about 5′5′’ tall. During the home invasion, he was wearing black clothing. He was armed with a shotgun and an assault rifle, according to investigators.

The child was transported to an area hospital where she underwent surgery. She’s reportedly in stable condition.

At some point during the home invasion, the off-duty deputy constable exchanged gunfire with the suspect. He believes he struck the suspect. While assessing the scene, investigators found blood they believe could belong to the suspect.

At this time, the suspect’s motive for the home invasion remains unclear and an investigation is ongoing.

Investigators urge anyone with information about the suspect’s whereabouts to call the Houston Police Department’s Homicide Division at (713) 308-3600 or HPD Dispatch at (713) 884-3131.