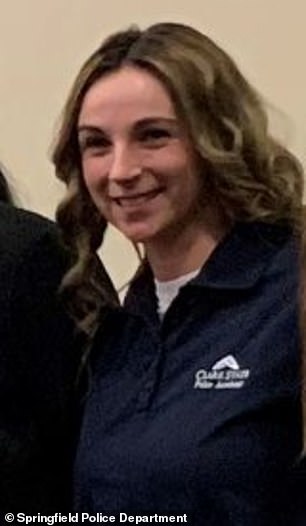 Officer Amanda Rosales struck a wounded man lying in a street Sunday night when responding to reports of a shooting in Springfield, Ohio

An Ohio police officer has been placed on leave after she struck a wounded man who was lying in a street, with her police cruiser.

Dashcam video released Thursday show Officer Amanda Rosales responding to reports of shots fired, then striking a wounded man who was lying in a street.

Eric Cole, 42, of Springfield, was flown to a nearby hospital but was pronounced dead there a short time later.

It’s not yet known if his death was caused by the shooting, the car or both, authorities said.

The incident occurred Sunday night around 11:30pm in Springfield.

One was shot by Rosales’ vehicle while another was recorded by a patrol car trailing Rosales. 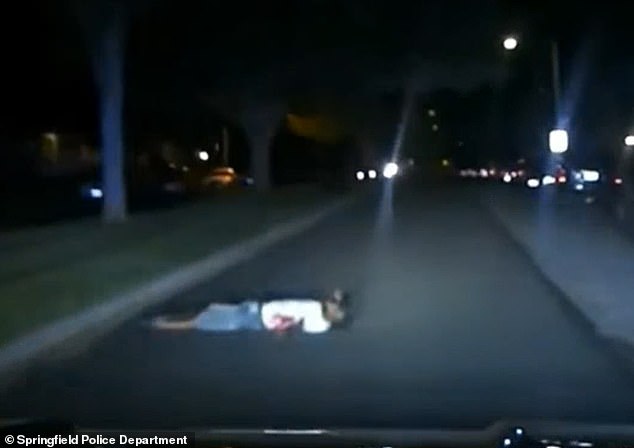 Eric Cole, 42, was flown to the hospital, where he was pronounced dead. He is seen lying in the street on police dashcam video 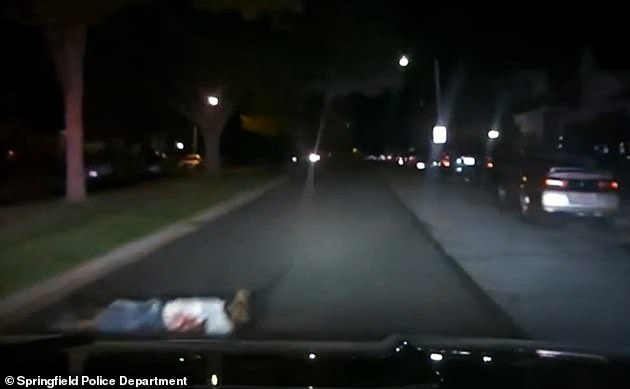 Police Chief Lee Graf said there was some initial confusion about where the shooting occurred before the address was confirmed, and Rosales was trying to read addresses on houses when she hit Cole.

He was on his back, bleeding heavily from wounds to his left arm and his left shoulder.

Videos clearly shows Cole’s white shirt covered in blood. Cole, who is black, can be seen holding something up to his face shortly before he is run over by the police car. 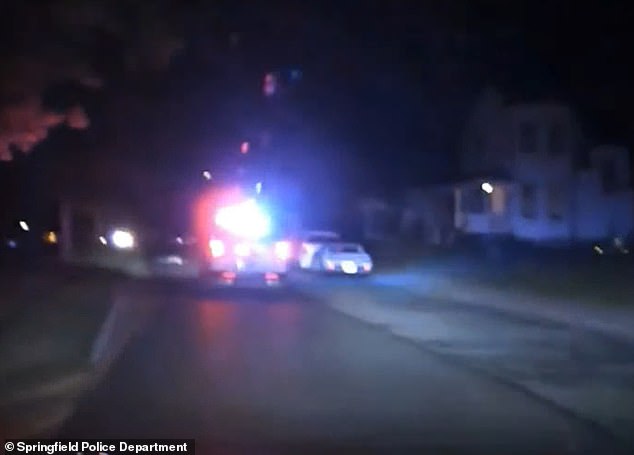 ‘He had, in fact, called and had said he had been shot. He was obviously very scared … saying he thought he was dying,’ Graf said.

Graf made the point that the dashcam of a car is not always exactly what the driver is seeing.

‘That camera focuses where it’s pointed. It’s not an indicator of what the officer was seeing,’ Graf said.

He explained the officer’s actions were unintentional and that the officers rushing to the scene were unclear exactly where to find the victim. 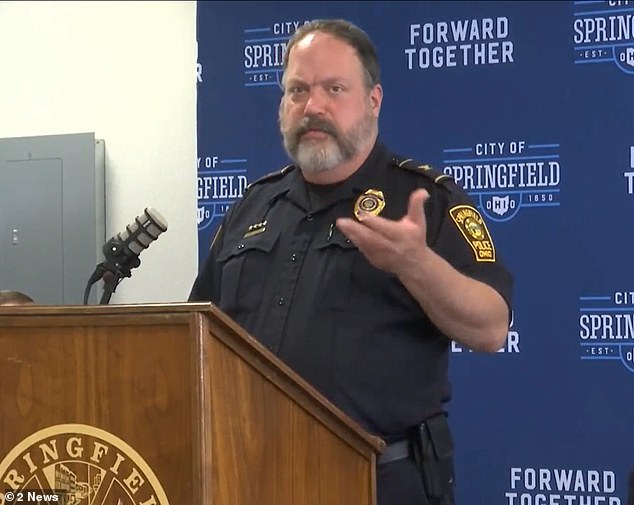 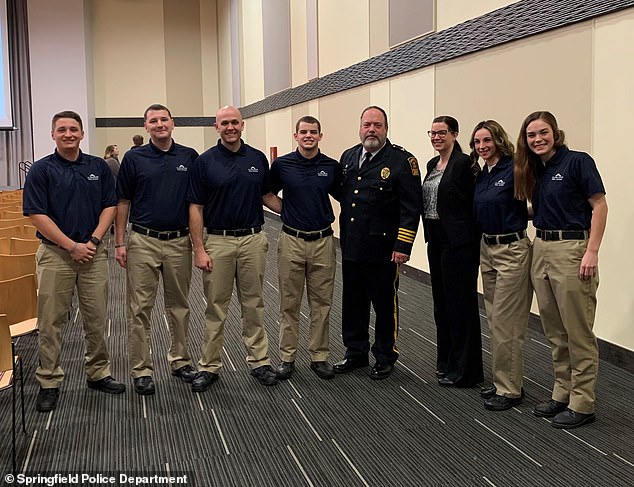 Rosales, second from right, who has been with the department since January 2020 was placed on administrative leave while the matter is investigated. She is pictured with her graduating class of police officers hired in January 2020

‘The lead officer was trying to catch addresses on the house. Eric was lying in the street,’ Graf said. ‘This was an accident. It doesn’t mean it’s OK. It was an accident. This was not an intentional act on the part of the officer. I am sure of that.’

Rosales, who has been with the department since January 2020 was placed on administrative leave while the matter is investigated, which authorities say is standard policy.

The shooting apparently stemmed from a dispute involving several people, authorities said, though it’s not clear what caused it or how many shooters may have been involved.

Several investigations have been launched including both an internal inquiry and a crash investigation by the Ohio State Highway Patrol. 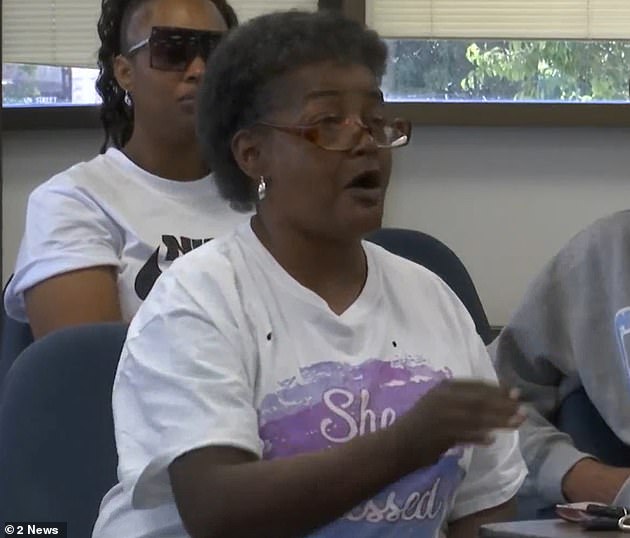 ‘I want the officer held accountable just like if they get the suspect, they will hold him accountable,’ Regina Wilson, Cole’s mother said. Wilson was not told initially that the officer ran over her son

Cole’s family members, who were present at the briefing, were not satisfied at the explanations from police.

‘I want the officer held accountable just like if they get the suspect, they will hold him accountable,’ Regina Wilson, Cole’s mother said to WDTN.

Wilson was not told initially that the officer ‘ran over my son.’

The Montgomery County Coroner’s Office will determine the cause and manner of Cole’s death.

‘Mom, I’m asking you to trust the NAACP,’ said Denise Williams, president of the Springfield chapter of the NAACP who said the organization will hold police accountable. ‘You can call me any time with your questions. We will ask all of the hard questions, and I guarantee you there will be complete transparency.’