A letting agent pleaded poverty to convince a court to grant more time to pay back his victim despite flaunting his lavish lifestyle online including sun-soaked trips, golf days and a £2,400 Christmas gift from his wife, MailOnline can reveal.

David Walters, 39, was ordered by a judge to pay more than £20,000 to homeowner Amy Trumpeter after pocketing her rent and leaving her house in Oldham with furniture missing and its roof fallen in after failing to carry out repairs.

Mr Walters, who lives in a £449,000 four-bedroom house in a sought-after Pennines village, won permission to pay the 40-year-old digital marketing tutor just £100 a month.

Ms Trumpeter has received around £2,500, meaning it will take her more than 15 years for her to be paid in full – by which time interest would have stripped much of its value.

During her long legal battle with Mr Walters – which included five court appearances to secure a judgment and a further three over the payout  terms – she has watched in dismay as he shared Instagram photos of trips to Marbella, Cancun and Zante.

Shockingly, Mr Walters is still illegally working as a property agent despite not being registered with an ombudsman scheme. MailOnline has informed Trading Standards, which said it is investigating Mr Walters and his company, 4PropertyUK. 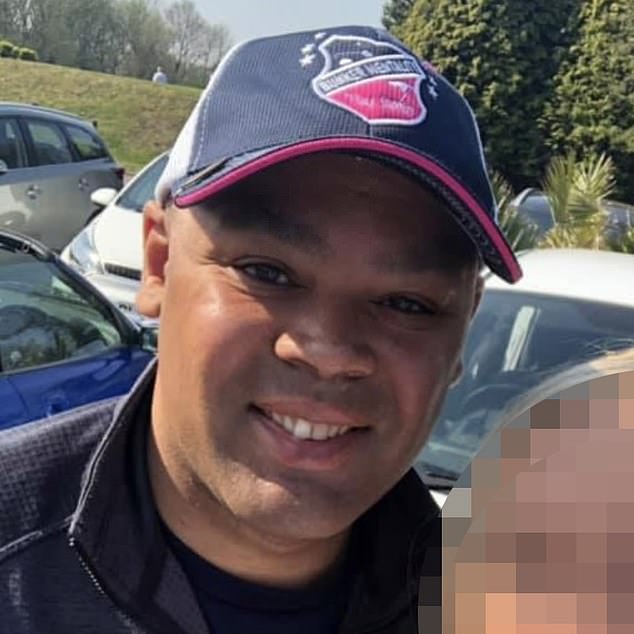 ‘Massage for me and a round of golf for David Walters’, his wife posted on Instagram in April 2019 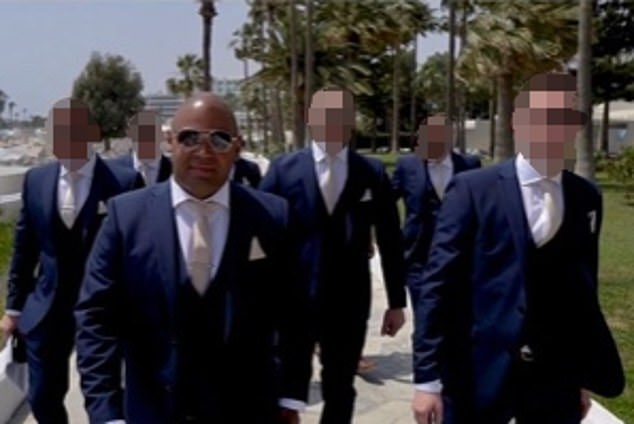 The next month, he celebrated his wedding at another brand of Nissi Beach in Ayia Napa, Cyprus

Ms Trumpeter, who is married and now lives in Merseyside, says she feels let down by the legal system after spending years fighting for justice only to be told she would have to wait until retirement age to get her money back.

‘I have proved that he took my money but I won’t get it back for many, many years,’ she said.

‘At the same time as he was sending letters saying he couldn’t afford to pay me he was living it up in Zante with all his mates. He knows the legal system inside out and knows how to get out of everything.

‘Looking at these photos of him living it up on my money makes me feel sick – the system has failed me along with many others.’

In 2018 – just months after a court conceded to his request to pay Ms Trumpeter just £100 a month – Mr Walters was seen in smart suit at his wedding at the four-star Nissi Beach Resort in Ayia Napa, Cyprus, following a stag do in Marbella.

A slickly-produced video shows him enjoying a large reception with family and friends on a sun-drenched terrace overlooking the Mediterranean.

Charges for weddings at the venue start from around £4,000 for 40 people, excluding travel, accommodation, a DJ or any food or drink beyond a BBQ menu. It is not known who paid for the occasion.

The Taverna Nissi, where Mr Walters held his wedding, is described as ‘an excellent setting for a larger-scale wedding celebration for up to 500 guests’ with a ‘spectacular view over all of Nissi Bay’. 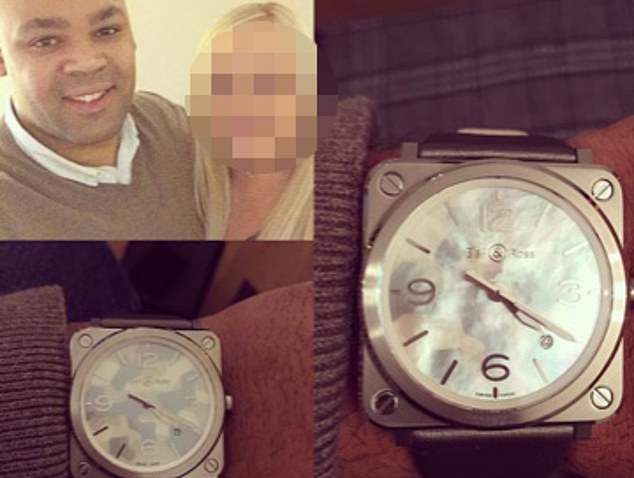 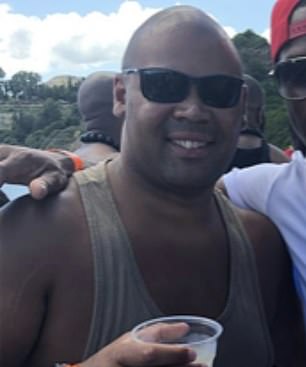 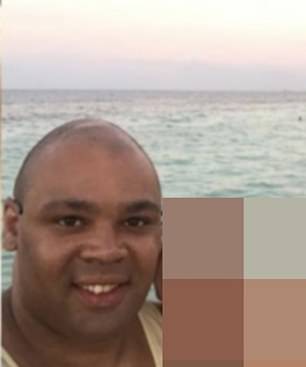 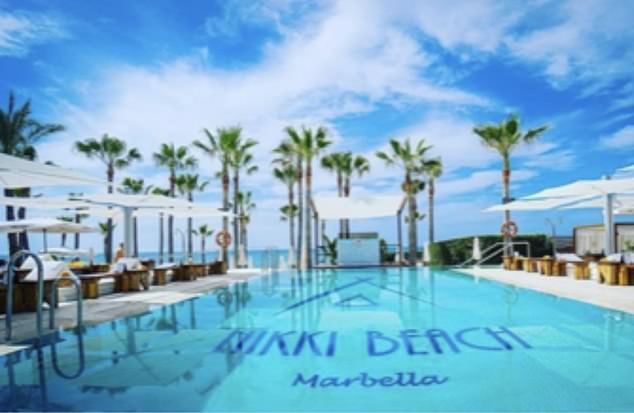 Ms Trumpeter first hired Mr Walters and his company Lettings4All in 2015 to look after her three-bedroom house in Oldham while she moved to Oxford for work.

In addition to finding tenants he also agreed to carry out a series of repairs.

‘Phoenix’ companies he used in attempt to rejoin official scheme

All property agents in England and Wales are legally required to be a member of one of two redress schemes: The Property Ombudsman Limited or the Property Redress Scheme (PRS).

Failing to be a member of either one of these schemes is illegal and can lead to a fine of £5,000.

David Walters originally joined the PRS with his company Lettings4All limited, but was later thrown off.

He then created two further ‘phoenix companies’ – a term for a liquidated company that is restarted under a different name – in order to try and rejoin the PRS.

However, he was caught and both these companies, David Walters Property, and his current active firm, 4PropertyUK, were also thrown off.

Both the PRS and the Property Ombudsman Limited has confirmed that 4PropertyUK is not a member of either scheme.

Despite this, Mr Walters is continuing to advertise himself as a property agent with 4PropertyUK on Linkedin.

Trading Standards – which is responsible for enforcing the rules – is now investigating him about being informed by MailOnline.

‘We agreed a list of work that needed doing – things like decorating, new carpets, general maintenance and repairs,’ she said.

‘I agreed to that and he sent me some photos of works being carried and said ”don’t worry, I’ve got a tenant in already”.

‘I thought it was strange that he had managed to turn it around in just two weeks but otherwise felt happy.’

Ms Trumpeter’s suspicions grew when Mr Walters failed to send rent payments, claiming that he needed the money to pay for additional work.

After several months she was then contacted by the tenant on Facebook, who was complaining about the poor state of the property.

‘There were loads of problems – the electricity hadn’t been checked, the carpets weren’t nailed down. All these things that I was paying him to sort out.

‘He was telling me that the money he was withholding was being used for repairs but it hadn’t. That was his excuse.

‘This tenant was paying around £550 a month to him for eight months.

‘He was taking that along with the money I paid for the repairs as well.’

In December Ms Trumpeter visited the house to find it was being occupied by five men and their dog against her knowledge.

Photos showed the horrendous state the property had deteriorated into after Mr Walters failed to carry out the required repairs, with multiple leaks, faulty electrics and part of the upstairs ceiling caved in.

Ms Trumpeter initially reported Mr Walters to the police, but was shocked to be told by Greater Manchester Police that her case was not serious enough for them to deal with due to their lack of resources.

She reported him to ombudsman the Property Redress Scheme (PRS), which found that he had to pay back £5,575 in rent and a further £6425 for repairs he had been paid for but not carried out plus extra compensation.

However he failed to pay this amount and was later kicked off the scheme. 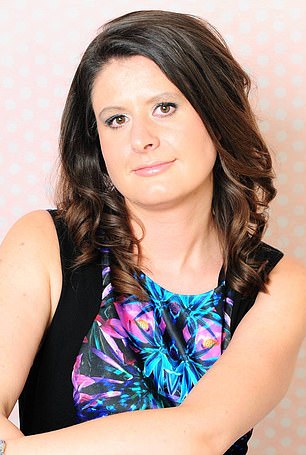 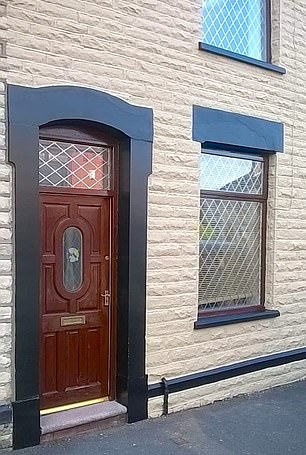 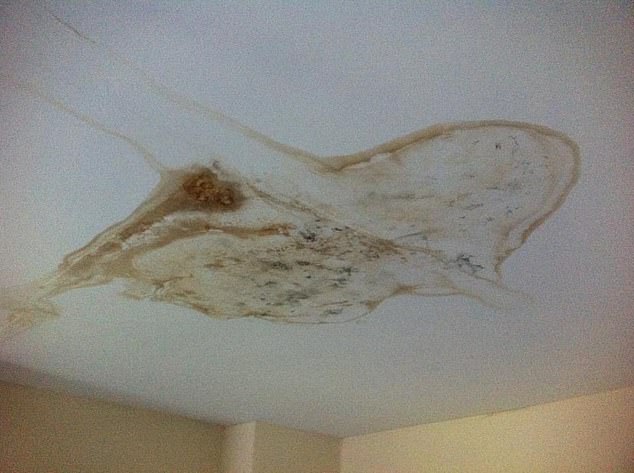 Mr Walters was ordered to pay Ms Trumpeter compensation for failing to carry out repairs, which worsened the condition of the property

Ms Trumpeter then took the case to County Court, and after a series of appearances a judge ruled that Mr Walters owed her £20,089 including legal fees.

But a solicitor acting for the letting agent was able to persuade a judge to allow him to pay this back by £100 at a time.

By this point Ms Trumpeter had been forced to represent herself due to the crippling cost of previous legal action.

Ms Trumpeter faces another legal hearing this month where she will try to persuade a judge that Mr Walters can afford to pay her back faster.

‘Everything has been delayed again and again due to coronavirus.

‘It’s a nightmare and it is really, really wrong. Despite all this evidence the police are still not doing anything.

‘This shows that someone can steal thousands from you then wait years to pay you back. And meanwhile he’s spending my money on foreign holidays.’ 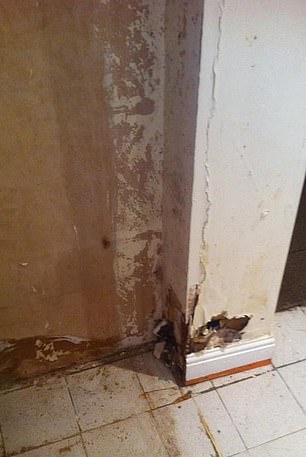 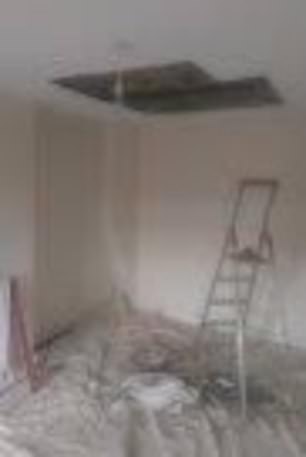 The state Ms Trumpeter found her house due to Mr Walters failing to carry out any repairs. Pictured are holes in the walls (left) and a ceiling that had caved in (right)

‘However, thanks to the diligence of our employees we were able to spot these phoenix companies and expel them from the scheme immediately.

‘Currently, there is no ”rogue agents” list or database, like there is for landlords. However, we do share data with the Property Ombudsman to ensure non-compliant agents aren’t able to switch schemes at will.’

An Oldham Council spokesperson said: ‘Oldham Trading Standards are aware of allegations surrounding the trading practices of 4PropertyUK Ltd, an Oldham based company.

‘We are looking into the issues raised and will liaise with any person who makes a complaint.

‘If residents require advice or wish to lodge a complaint about this company they should contact: Citizens Advice consumer helpline: 0808 223 1133’

Mr Walters has been contacted for comment but has not yet received a response. 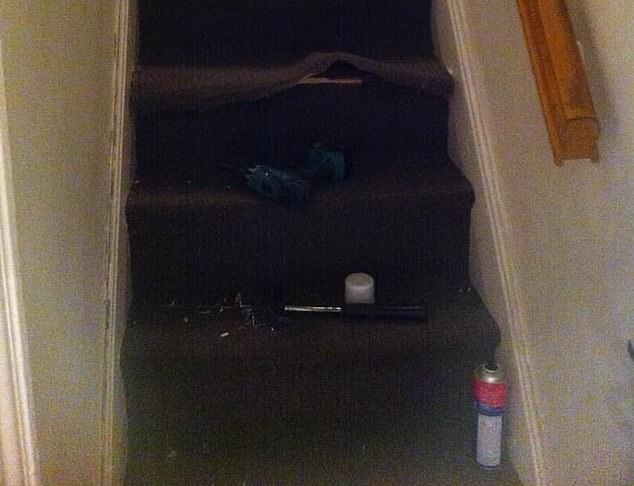 A staircase inside the house, with the carpet partly ripped up and tools left out