Omicron is not “light” .. Corona does not have a brain, but it improves the exploitation of opportunities | health


With the increase in the wave of corona infections globally, new data appear that may indicate that the “Omicron” mutant is not quite “light” as it was thought, so what is the latest data about Omicron and its tests? The answers are here with advice on home care for corona patients.

WHO: Omicron may be less dangerous, but its symptoms are not mild

We start with the World Health Organization, as officials said yesterday, Thursday, that the Omicron strain that transmits the most quickly and is more contagious appears to be causing less severe disease symptoms than the “Delta” mutant, which is the dominant version of the world.

But they added that Omicron’s infection should not be classified as “mild”.

Janet Diaz, head of clinical health care at the World Health Organization, said recent studies reveal that the odds of hospitalization with an omicron mutant are lower compared to the delta mutant.

She added in a press briefing from the headquarters of the World Health Organization in Geneva, that it also appears that the odds of developing severe symptoms are low in both young people and men of older ages.

The statements about the low severity of the disease are in line with other data, including studies in South Africa and England.

It did not provide any details about the studies or the ages of the cases studied.

The effect of the omicron mutant on the elderly remains one of the big questions that seek an answer, as most of the cases studied so far have been among the very young.

“While the Omicron mutant appears to be less dangerous compared to Delta, especially among vaccinated people, this does not mean that it is classified as a mild case,” WHO Director-General Tedros Adhanon Ghebreyesus said at the same press briefing in Geneva.

“Omicron, like previous versions, leads to transport to hospitals and kills people,” he added. 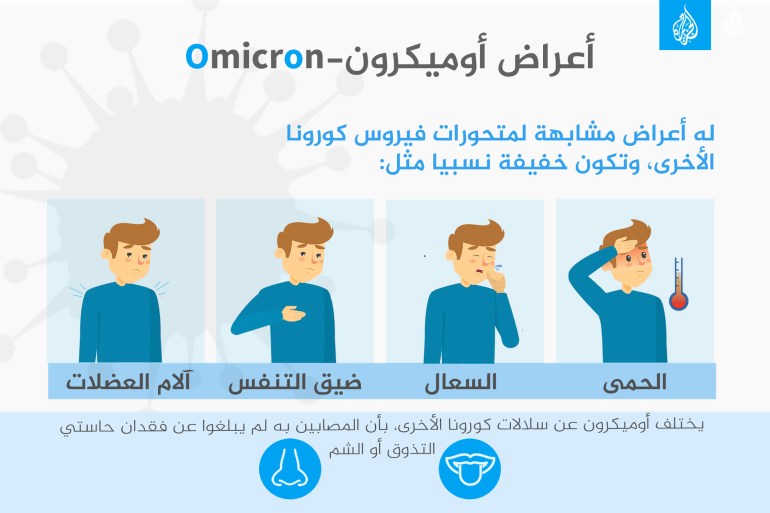 Corona does not have a brain, but it is taking advantage of the opportunity

In answering the health news site Stat’s question about lessons learned from fighting the epidemic during the past two years and the biggest mistakes made, Mike Ryan, Director of the Health Emergencies Program at the World Health Organization, said, “The biggest collective failure is our underestimation of this Virus. This virus does not have a brain, but rather exploits its opportunities from an evolutionary point of view. We have consistently and persistently given it this opportunity,” according to a report in the American newspaper “Washington Post”.

He lamented the “loss of trust” in government leaders and public health policies, noting that they “did not really convince or encourage people to continue to follow these basic measures to reduce the risk of infection. I think this problem exists throughout the fight against the epidemic.”

A new study suggests that two self-administered rapid antigen tests may fail to detect some cases of the omicron mutant even when the viral load is high.

In their article, which was published by the American newspaper “New York Times”, writers Emily Anthes and Christina Jewett touched on a study that has not yet been peer-reviewed (that is, it has not been reviewed by other scientists and has not yet been published in a scientific journal) that included 30 HIV-infected people in 5 workplaces in which the Omicron mutated spread during the month of December. The participants underwent a polymerase chain reaction (PCR) test, which is a saliva analysis and a rapid antigen test using nasal swabs.

The study showed that after a positive result following the PCR test, it takes an average of 3 days to get the same result after the rapid antigen test. In 4 cases, people transmitted the virus to others, while the rapid test showed a negative result, according to a study conducted by a number of members of the Covid-19 working group for sports and society.

It is unclear whether the virus is not detected because antigen tests are inherently less sensitive to omicron, or that saliva tests may be better at detecting the new mutant.

These findings are consistent with other preliminary evidence that self-administered tests that many Americans have relied on using a nasal swab may fail to detect some cases of omicron in the early days of infection.

The researchers assert that they shared their findings with federal officials, including the White House, the Food and Drug Administration and the Centers for Disease Control and Prevention, when the virus was spreading out over the past month. “They recognize that the antigen test has many shortcomings,” said study author and working group leader Dr. Ruby Sica.

One possible explanation for the findings is that omicron reproduces faster or earlier in the throat and mouth than in the nose.

According to Gigi Grenval, an immunologist and testing expert at the Johns Hopkins Bloomberg School of Public Health, “This could be an indication that the throat is the actual place where the virus grows first. So as you look for the virus, tests may find more of it faster in a swab.” the throat instead of the nose.

It has been reported that some people who have taken rapid tests for nasal swabs and tested negative have received a positive result when the swabs are taken from the throat.

Given the speed of reproduction of the mutant Omicron, the chances of detecting it before it begins to spread are few, and this means that people after they are suspected of catching the infection and before mixing with people in a particular gathering or occasion should take a test. They may also need to do more tests, which is difficult given the lack of tests. 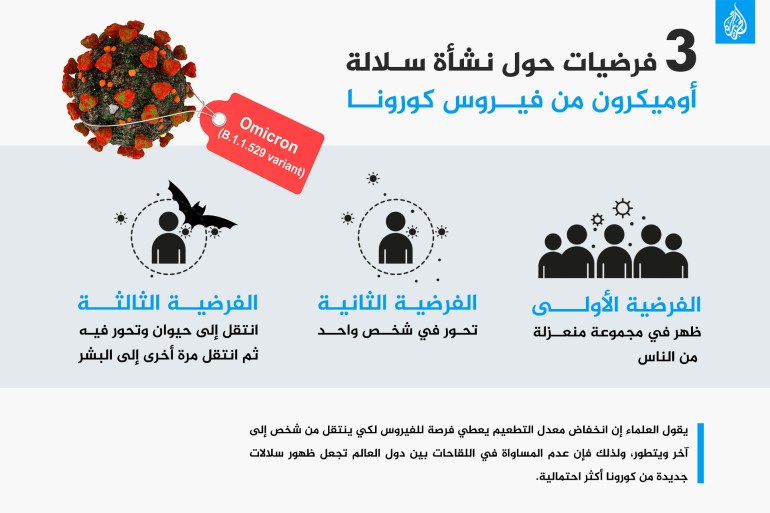 Tips to take care of yourself when you have corona

You got a positive result for the corona rapid test and you have mild cold symptoms, don’t worry. Because you are one of the people who suffer from mild symptoms of the virus, which you can treat at home. Here are some essential tips recommended by experts.

Even with infection with novel coronavirus mutant such as Omicron or Delta, many people may have mild symptoms, or they may pass their infection without symptoms. But the patient can treat himself at home.

You can know that you have corona either through a corona test or through symptoms. The most common symptoms of infection with the Corona virus are coughing, fever and runny nose, in addition to disturbances of the sense of smell and taste.

Other symptoms, including a sore throat or headache and body aches, could also indicate an infection. Symptoms can vary depending on the mutated virus. With Omicron, for example, a person can experience night sweats and loss of appetite.

The website of West German Radio and Television “WDR” (WDR), revealed some advice on what a patient with a mild infection should do to recover from the disease, according to Deutsche Welle:

1- Keep calm and stay at home

When your infection is confirmed, you should stay at home so as not to spread the infection to others. For people who do not live alone, they must adhere to the rules of physical distancing, including maintaining a distance, adhering to the rules of hygiene, wearing a mask, and ventilating the house regularly.

In addition to all this, the patient should consult the family doctor over the phone and coordinate the next steps with him. In this case, you should not go to the doctor’s office under any circumstances without prior telephone notification.

“The most important thing is to keep calm!” With this advice, Monica Bakken of the Doctors Union in North Rhine-Westphalia addressed to West German Radio and Television. That means lots of sleep, she adds. However, she adds, “However, the patient should not lie down all day, but must also move so that the blood circulation continues.” The fresh air treatment also helps by opening the windows.

If you suffer from headaches or pain in the extremities, you can take medications such as paracetamol or ibuprofen. However, Monica Bakken advises that “you have to stick to the prescribed doses”, and in the event that “there is no improvement, you should consult a doctor.”

If you have mild breathing problems, sitting down can provide relief, advises Bakken, “It’s important to inhale and exhale calmly.” If the condition worsens, you should definitely consult a doctor. But when asked whether it would make sense to use a pulse oximeter to check the oxygen saturation of the blood, she replied, “This should be discussed with the doctor on a case-by-case basis.”

Symptoms can vary from person to person, but a mild infection with corona usually passes after 2 to 3 weeks. However, it is not allowed to return to normal life without a corona test. Even those who feel better after only a few days or who are asymptomatic despite a positive test result cannot cancel home isolation.