ON THE ROAD: Catastrophe is just around the corner for a lot of EFL teams, warns Rochdale chief

‘I normally get here at 8am, you look at your watch and it’s suddenly 1.30pm. The time just drags now.’

Maybe that’s because Bottomley only has a masked Sportsmail reporter for company, save for two staff members poking their heads around the door. It should have been a day when 2,000 socially-distanced home supporters were welcomed back. Rochdale spent £40,000 equipping their stadium for Covid. The surroundings look the part but, unlike the arts, football is not deemed a suitable environment for paying customers. 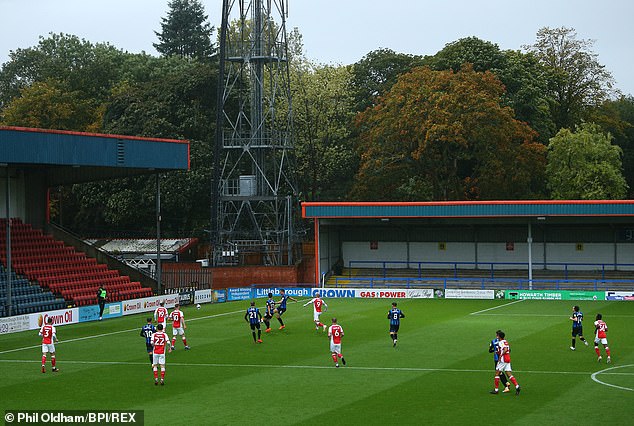 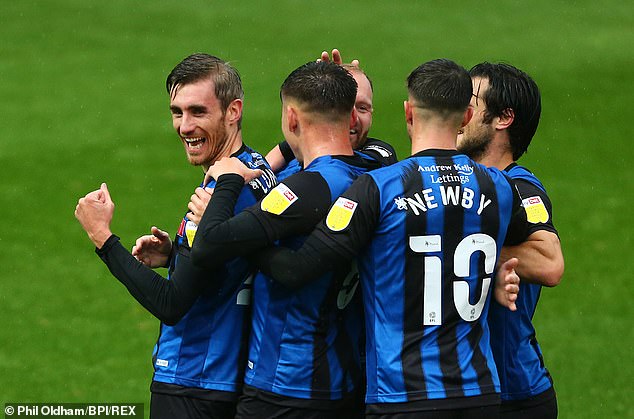 The sadness of it all is horribly apparent later as 19-year-old academy product Fabio Tavares scored only his fourth senior goal in stoppage time to win an intriguing contest against Fleetwood.

Dale’s studious manager Brian Barry-Murphy has them playing with verve and energy, the sort of feverish style that deserves an audience.

‘We think the league need to put pressure on the Government,’ Bottomley says. ‘Nobody here is taking Covid for granted but if we act responsibly we can have crowds back. It was complete deflation when we got the news. We can get 2,000 in this ground very safely.’

Crowds and the revenue they bring is an issue running parallel with the hot-button Premier League bailout worth £250million.

Both are emotive topics but the outcome of the latter, in Bottomley’s view, threatens the sanctity of our pyramid. The money, largely spent on player wages, is running out. It will run out for plenty of clubs by the end of the month.

‘All the questions at Wednesday’s EFL meeting were, ‘what is the timescale?’ Clubs think something must happen in two weeks or we’ll start taking action. I’m surprised it’s taking so long.

‘This little bubble we’re in is going to burst. We have great faith in the EFL leadership but there isn’t white smoke. There are lots of words that we believe in but it does test your patience. 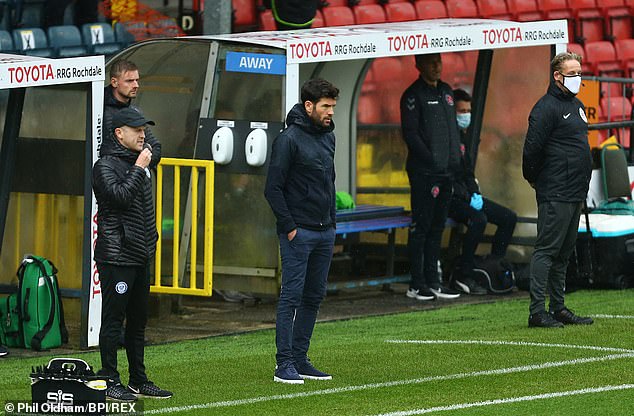 ‘The bubble has a certain life because a lot of clubs will struggle to get past November. We’ve got a livelihood at stake here.

‘Without being melodramatic, I believe the very future of the pyramid is at stake. Catastrophe is around the corner.’

It is a pyramid that should thrive. Fleetwood, packed with experienced names, play neat, progressive football. Rochdale rely more on the press, the blood and thunder of countering. This was an engaging fixture that you would happily part with cash to watch. The Pennines act as a backdrop, the roofs of houses shimmering on a sodden day. Put ‘English football’ into Google Images and this would appear.

‘Sad is the word that springs to mind,’ Barry-Murphy says. ‘You can picture the scenes after that winner. I keep reminding the lads that at some point this season we’ll see the fans back.’

They will eventually return to a different club. Rochdale’s pitch was so bad last year, they almost had to ground share elsewhere. It was dug up at great expense this summer. An ‘archaic’ CCTV system was removed, a new fire alarm system installed. 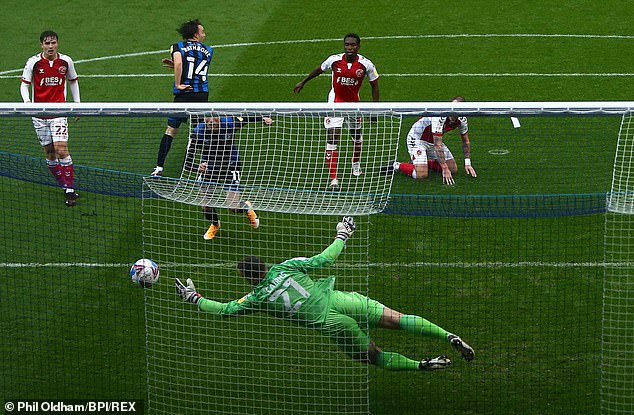 ‘Today should’ve been when we joined the real world with new turnstiles with barcoded entry,’ Bottomley adds. ‘It was a huge project. We’ve gone from a pitch that flooded if you poured a kettle over it to a very thirsty surface. The water bill the other week was horrific! We’ve had to bring the toilets up to the demanded specification. That’s another £25,000 on toilets. You’re paying staff in full, all the stadium costs. We’ve got the heating back on! You do start to question every single piece of expenditure. Our first away game at Swindon, the players had single rooms, they normally share.’

So it is not just merely salaries — Rochdale have paid all players in full since March — that are eating away at the rainy-day fund, but they have spent proper money on transfer fees for the first time since signing Chris O’Grady in 2010.

They have dipped into nearby Manchester City’s academy to take Gavin Bazunu and Yeboah Amankwah on loan, with relationships and style of play incredibly important in those deals. Barry-Murphy is hopeful of another eye-catching Premier League loan signing shortly. 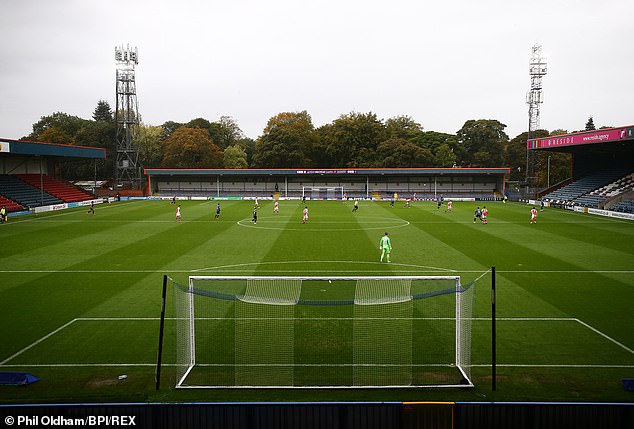 But back to hospitality box four. There hangs a picture of former defender Craig Dawson, who left his hometown club for West Brom a decade ago. A quirk in his transfer to Watford last year offered serious recent help.

‘But the agreement was that we get a payment this September and another next year. Look, receiving that money right now is a life-saver. Someone crudely put it that we’d have p***** that money up the wall last year.’

US election 2020: Who really decides the outcome?

50 best US spots for apple picking, according to Yelp

6 French soldiers were wounded in a suicide attack in Mali

The National Rifle Association bragged it is on solid financial footing. So why did it file...