Even one dose of Moderna‘s COVID-19 vaccine provides a person with significant protection from the virus, a study finds.

A team of researchers at VA Boston Healthcare System in Massachusetts looked at healthcare workers at the hospital starting in December 2020.

They found that those received a single shot were 95 percent. less likely to contract the virus compared to unvaccinated colleagues.

What’s more, only 39 people tested positive for the virus after one doses, half as many as in the unvaccinated group.

Researchers say that the public should still get two doses, with protection being pushed up to about 96 percent, but that just one dose can still protect against severe disease and hospitalization.

A new study finds that people who have received just one dose of a COVID vaccine are less likely to contract the virus than their unvaccinated peers, with just one dose of the vaccine being able to reduce instances of the virus by 95 percent

For the study, published in JAMA Network Open, the team started collecting data on December 22, the first day the vaccine was made available to them.

The hospital system received the Moderna vaccine, one of two available mRNA vaccines in the United States.

They counted people as unvaccinated until the day where they received the first shot of the vaccine, then they were moved to the vaccinated population.

Once a person received their second shot, usually 28 days after the first, they would be removed from the data.

Workers at the hospital system would be tested for COVID, whether vaccinated or not, if they showed symptoms of the virus or had a potential exposure.

All workers were also regularly tested as part of a routine COVID surveillance program.

In total, 107 cases were found in the hospital, with 39 (36.4 percent of all positive cases) positive COVID cases being among vaccinated employees and 68 (64.6 percent) among the unvaccinated.

Of all positive cases, 75 (73.5 percent) were symptomatic cases.

Researchers found that as more time went on, the efficacy of the vaccine would improve.

Participants who were recently vaccinated were more likely to contract the virus than those who had been vaccinated for 28 days. 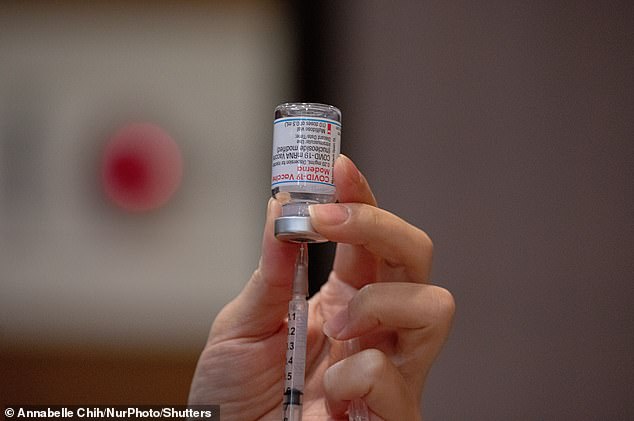 Those who had been received their first dose 28 days ago, and were yet to receive a second dose, are believed to have 95 percent decreased risk of contracting the virus.

There are little gains in efficacy after the 28 day mark, though.

The study, which is available in the Journal of the American Medical Association on Wednesday, is just the latest in a string of recent studies showing real world effectiveness of the COVID-19 vaccines.

A study from Israel last month found that healthcare workers who had received their second dose of the vaccine were 18 times less likely than their peers with only one dose to get the virus.

It also found that less than 0.5 percent of vaccinated workers contracted the virus at all, and when they did they were less likely to exhibit symptoms. 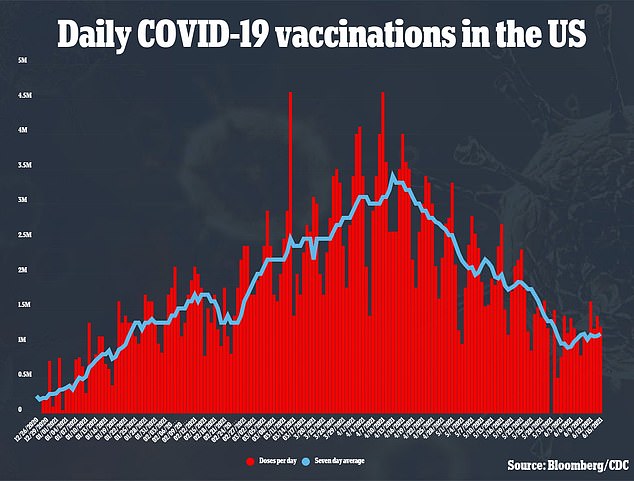 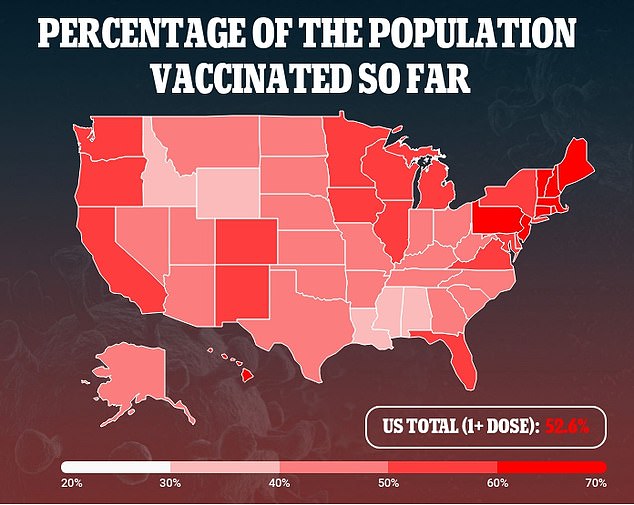 A study in New York City found that just 0.5 percent of people who had received both shots of the vaccine tested positive for the virus, and they had mild cases they easily recovered from.

The data matches the expected 99.5 percent efficacy of the vaccines once someone is fully inoculated.

In the United States, more than 64 percent of adults have received at least one shot of the vaccine.

The country also reached the 600,000 dead mark from the pandemic earlier this week.