One Foot In The Grave actor Richard Wilson, 84, reveals his regret at not finding a lifetime partner

One Foot In The Grave actor Richard Wilson, 84, reveals his regret at not ‘putting in more effort’ to find a lifetime partner

By Chris Hastings Arts Correspondent For The Mail On Sunday

As Victor Meldrew in One Foot In The Grave, his relationship with long-suffering wife Margaret was sitcom gold.

But actor Richard Wilson has now revealed his regret at not having a lifetime partner of his own.

The screen and stage veteran, who is gay, tells BBC Radio 4’s Desert Island Discs today: ‘I have lived alone for a very long time, and I quite like being alone at times.

‘Every now and again, I feel I should have made a bit more effort to have a partner, but that never really worked.’ 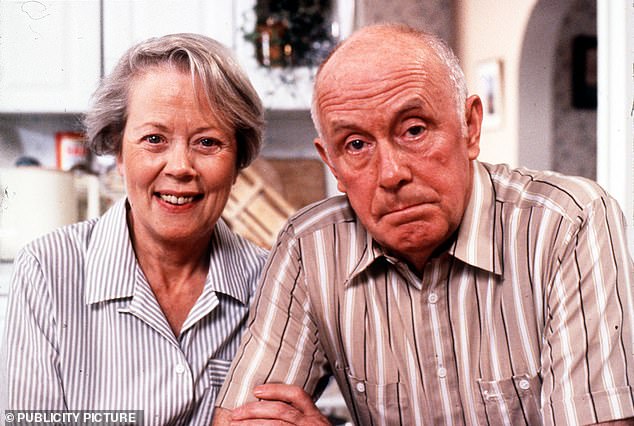 Actor Richard Wilson has now revealed his regret at not having a lifetime partner of his own. Pictured: Annette Crosbie and Richard Wilson as Margaret and Victor Meldrew

Wilson avoided discussing his private life until in 2013, when he was 76, Time Out magazine included him in a list of influential gay people.

‘I was delighted that it had come out,’ he says. ‘I was a bit worried that my sister might find it difficult, but it didn’t seem to worry her at all.’

The star agreed with host Lauren Laverne that growing up in the repressive atmosphere of the 1950s could have caused him problems, replying: ‘Yes, yes, I suppose that’s true. I did always have a lot of very close friends who were very important to me, gay and straight.’

One of those friends is Sir Ian McKellen, and the pair once planned to set up home together. Wilson explains: ‘We had this idea of buying a very, very large house in the country and he would live on one side, and I would live on the other side. A wing each. But he has got more houses in London now, so he got fed up with that idea.’

The 84-year-old became a household name in the early 1990s when he was cast as the discontented Meldrew, famous for his catchphrase: ‘I don’t believe it!’ 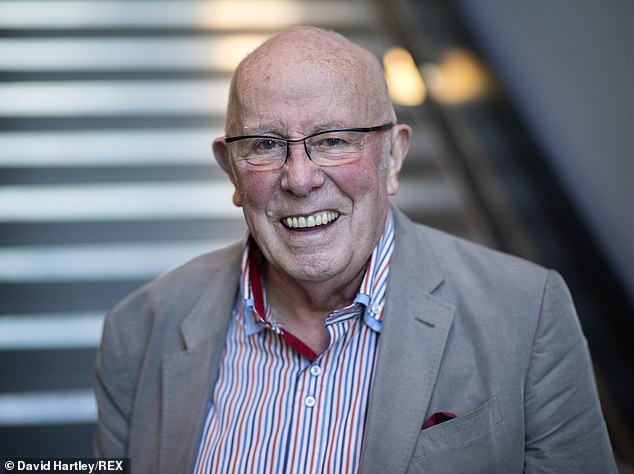 Wilson avoided discussing his private life until in 2013, when he was 76, Time Out magazine included him in a list of influential gay people

But the actor said he initially turned down the role because he thought it would only appeal to older TV viewers.

‘Stupid to say, I don’t think I was ready to play old men,’ he recalls. ‘I think I was 55 and Victor was 60. I thought, I’ve got another five years to go before I have to do that.’ He was pleasantly surprised to learn the show had a younger fan base.

‘In fact, old people didn’t like it,’ he says. ‘First of all, Victor swore a lot. The BBC wanted to stop him swearing. Fortunately, David Renwick, the show’s writer, decided to keep him swearing.’

Wilson’s character was killed off in 2000, which he had no qualms about. He played the magician Gaius in the hit BBC fantasy drama Merlin, but a heart attack and a related fall in 2016 has limited his roles.

‘I fell off this tiny balcony and hit my head and that’s what caused the problem,’ he says. ‘I can’t remember quite so much now.’

He adds: ‘I choose more carefully now. Doing theatre work for example – eight shows a week is too much for me.’