One in five children don’t know where milk comes from

One in five children don’t know where milk comes from… and more than 10% believe it’s produced in a supermarket, new study shows

By By David Barrett Home Affairs Correspondent For Mailonline

A study has found that one in five primary school children do not know the origin of their daily pinta.

Researchers looked at the strange beliefs youngsters have about where different foods such as bread, milk and chocolate originate.

Of the 1,000 children involved, 21 per cent didn’t know milk came from cows while 11 per cent believed it came from supermarkets.

Some 18 per cent thought bread was made on a farm and 11 per cent said chocolate was made there too.

The children were all aged between six and 11 in the survey for dairy firm Arla.

The company has released a children’s book to counter certain myths about farming. 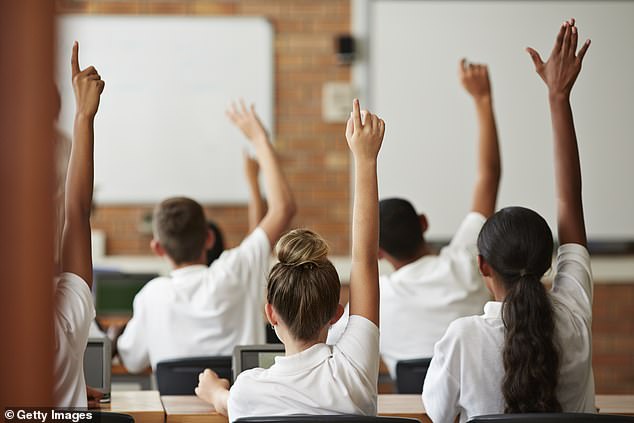 Of the 1,000 children involved, 21 per cent didn’t know milk came from cows while 11 per cent believed it came from supermarkets. File photo: Children hold their hands up in a classroom (stock image)

More than a third (36%) of the 6-11-year-olds surveyed think squash is better for them than milk, with almost half of 6-7-year-olds (43%) believing a glass of squash has more nutrition than a glass of milk.

The research revealed the lack of understanding may be compounded by the fact that one in ten (9%) had never been to a farm before.

Helen said: ‘I grew up on a dairy farm so I was lucky enough to connect what I saw around me with what was being put on the table in front of me.

‘But I’m really aware that so many children don’t get that opportunity so it’s easy to see how they can feel very disconnected to the food they eat.

‘If we don’t know where our food comes from and what’s in it, how can we be expected to understand what’s good for us and what isn’t?

‘My kids have really enjoyed reading about Jonny and Jelly and finding out more about the food we enjoy.’

The storybook called Jonny and Jelly Go Round And Round is based on a real-life dairy farmer and his cow, providing a fun insight to day-to-day life on the farm. 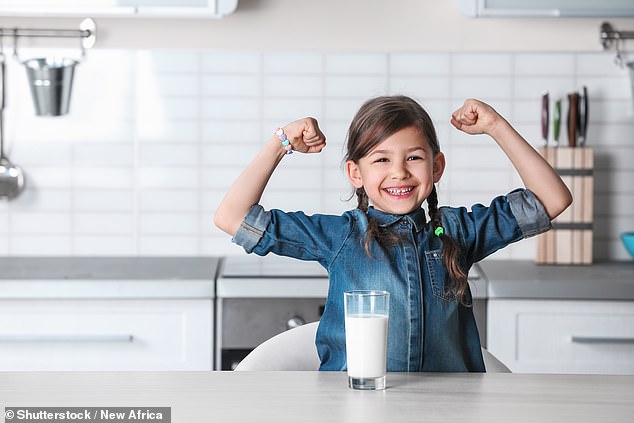 File photo: A girl smiles and shows her muscles while sitting with a glass of milk. A study has found that one in five children are not aware that milk comes from cows

The book draws children into the farmyard and explores the dairy process and other elements of typical dairy farm life through the eyes of inquisitive cow Jelly.

Curious, she follows her farmer Jonny around the farm and learns there’s more to what goes on than she first expected.

Arla farmer Jonny Burridge, the proud protagonist in the story, said: ‘It’s easy to take what we do for granted.

‘But knowing that one in 10 children have never been on a farm, so have no idea what goes on or what we’re producing here, was a bit of an eye-opener for me.

‘I’m very pleased that Jelly and I are the characters who will introduce children to life on a dairy farm and all that goes on here while we make the milk for their cereal.

‘It’s even more special knowing the book is linked to making sure so many disadvantaged children are being given a good start to the day.’

Arla is offering the book as a free digital download for parents and will be making a donation to the charity Magic Breakfast of 15,000 healthy breakfasts to help feed vulnerable children in the UK.