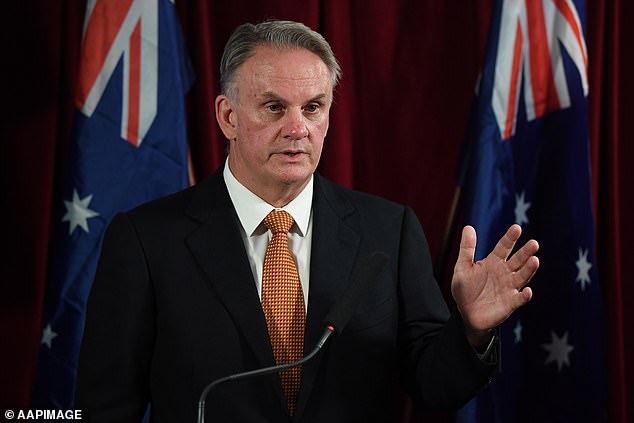 Mark Latham has hit out at the Prime Minister’s decision to remove the line ‘young and free’ from the national anthem – arguing Aboriginal tribes didn’t see themselves as a nation before colonisation.

Prime Minister Scott Morrison announced the second line of Advance Australia Fair would be changed from ‘for we are young and free’ to ‘for we are one and free’ as of New Year’s Day after critics argued the line was disrespectful to Aboriginal history.

He said the change was made to reflect the background of all Australians and the country’s ‘strong and vibrant liberal democracy’.

But the NSW One Nation Leader has lashed out at the move – claiming the change represents a ‘hard 36 year habit to break’.

‘I’m sure there will still be people who will be singing ‘young and free’, Mr Latham told A Current Affair.

The change comes after critics long claimed that describing Australia as a ‘young nation’ overlooks the fact Aboriginal people have lived on the continent for centuries.

Mr Latham said a national anthem has to ‘reflect a nation’ –  a goal the one-word change fails to achieve. 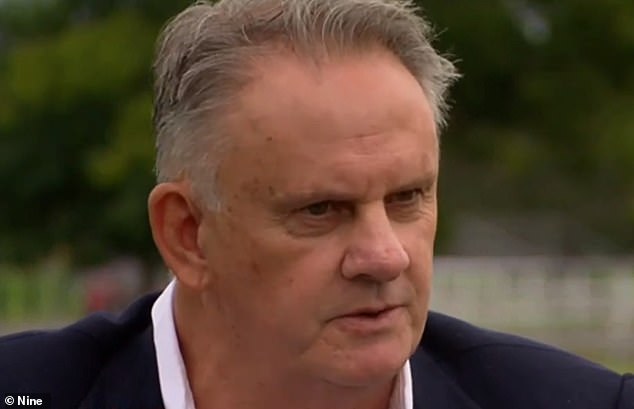 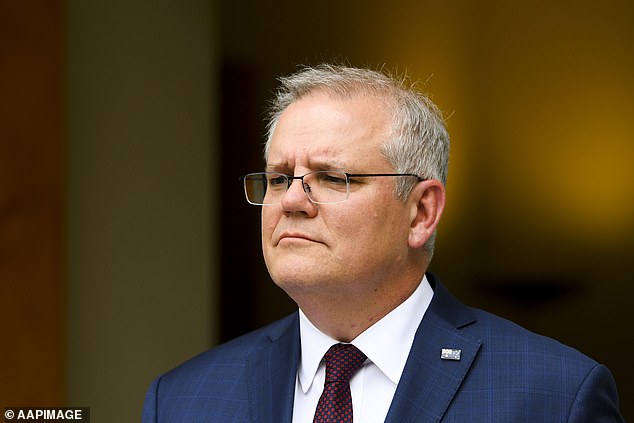 Scott Morrison has announced the second line of the Australian national anthem will be changed from January 1, 2021

‘The indigenous tribes, 170 of them, weren’t a nation, they didn’t see themselves as a nation’.

‘I find this notion that we call them “first nations” is an insult to them, because they never thought of themselves as a nation.’

The One Nation politician said the anthem had never excluded a part of Australian society in the first place.

Australians all let us rejoice, for we are one and free;

We’ve golden soil and wealth for toil; Our home is girt by sea;

Our land abounds in nature’s gifts Of beauty rich and rare;

In joyful strains then let us sing, Advance Australia Fair.

Beneath our radiant Southern Cross We’ll toil with hearts and hands;

To make this Commonwealth of ours Renowned of all the lands;

For those who’ve come across the seas We’ve boundless plains to share;

With courage let us all combine To Advance Australia Fair.

In joyful strains then let us sing, Advance Australia Fair.

‘Before that we were a series of colonies who weren’t a nation, and before 1788 we had 170 indigenous tribes in Australia, they didn’t have a conceptualisation of nationhood’, the One Nation leader said.

Mr Morrison has said the change was made in the spirit of unity and believes changing ‘young and free’ to ‘one and free’ takes nothing away, but adds much value.

‘While Australia as a modern nation may be relatively young, our country’s story is ancient, as are the stories of the many First Nations peoples whose stewardship we rightly acknowledge and respect,’ Mr Morrison said.

There have been calls to change the national anthem for years, with most criticism directed at the second line for its failure to recognise Aboriginal history prior to colonisation.

The controversial lyrics have sparked public protests, with national sporting events typically at the forefront of debate around changing the national anthem.

Last year, half of the Indigenous team refused to sing the Australian national anthem played in the lead up to the NRL game against the Indigenous All Stars and Maori All Stars.

Due to the protests, the NRL made the controversial decision in October this year to scrap the playing of the anthem as part of the blockbuster’s entertainment program for the 2020 season. 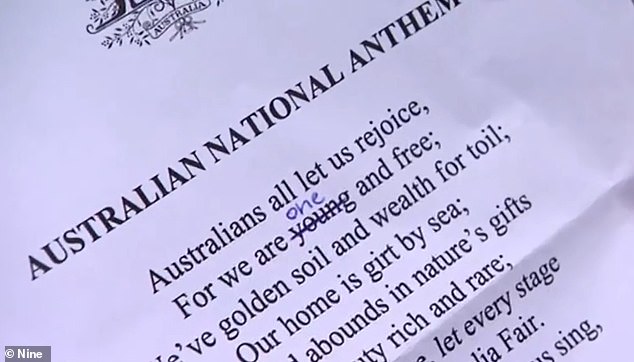 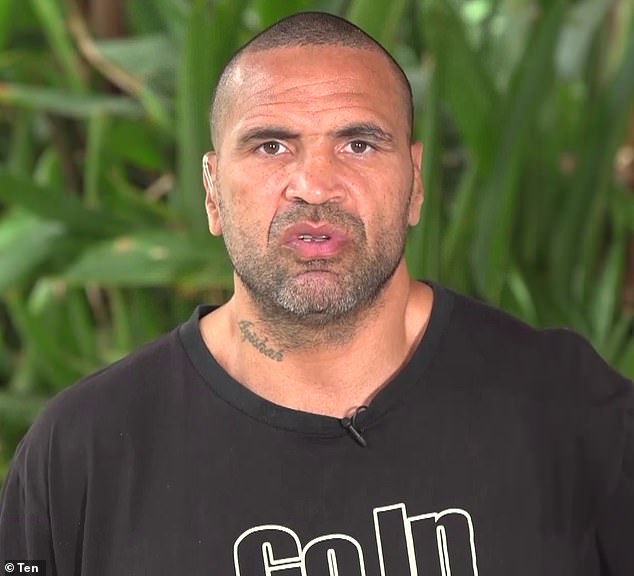 ‘For me, it’s tokenistic man,’ Mundine told Daily Mail Australia. He bluntly said ‘hell no’ when asked if the word change was enough.

‘One word ain’t gonna change the core meaning of a song! It’s always gonna be a white supremacy song until the whole song is rewritten! Still ain’t good enough!’ he said.

The outspoken athlete said the entire anthem should be scrapped – and then turned his fire on Indigenous people who supported the change. 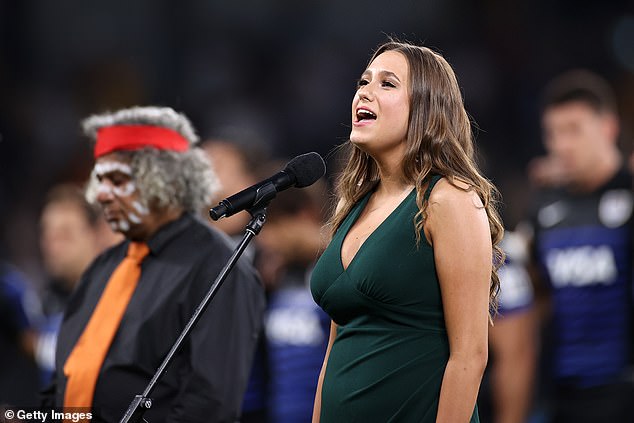 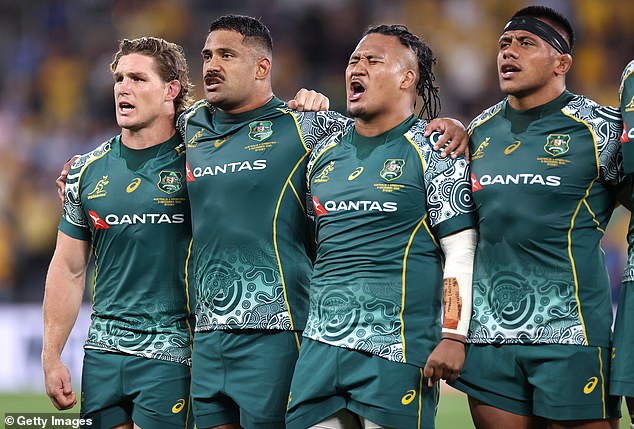 ‘Any blackfella who thinks what’s been done is enough, and a good thing, is an Uncle Tom,’ he declared.

An ‘Uncle Tom’ is an offensive phrase historically used against black men who are seen as servile to white people.

Asked what he would do as an alternative to Advance Australia Fair, Mundine said he wasn’t a songwriter, but the current word change was too subtle.

‘It could mean “one”, as in the people who colonised the land. It puts out more questions, you know what I mean’.

Mundine said the anthem should explicitly incorporate Indigenous history ‘and combine it together’.

The Security Media Cell: The discovery of a sea mine attached to a ship near Iraqi ports

“Hezbollah” comments on the assassination of the Lebanese activist Luqman Salim