One of the world’s richest men is embroiled in a bitter war of words with a community of ‘urban explorers’ who he claims keep breaking into the crumbling Surrey mansion his wife purchased six years ago for £26million.

Oligarch German Khan says he is angry that people keep gaining entry to film inside the sprawling home on the Wentworth Estate in Virginia Water – and insists the property is not abandoned.

The explorers, who make videos of forgotten houses for their YouTube audience, thought they had struck gold when they came across the seemingly deserted neo-Classical mansion at the start of the year.

Surreal-looking videos began to spring up online contrasting its beautiful 1920s exterior with its crumbling interior where the high ceilings had collapsed, buckets collected rainwater and the indoor swimming pool lay empty.

Soon the footage was being shared in forums and other amateur sleuths were heading to the house to gaze in wonder at its excesses. 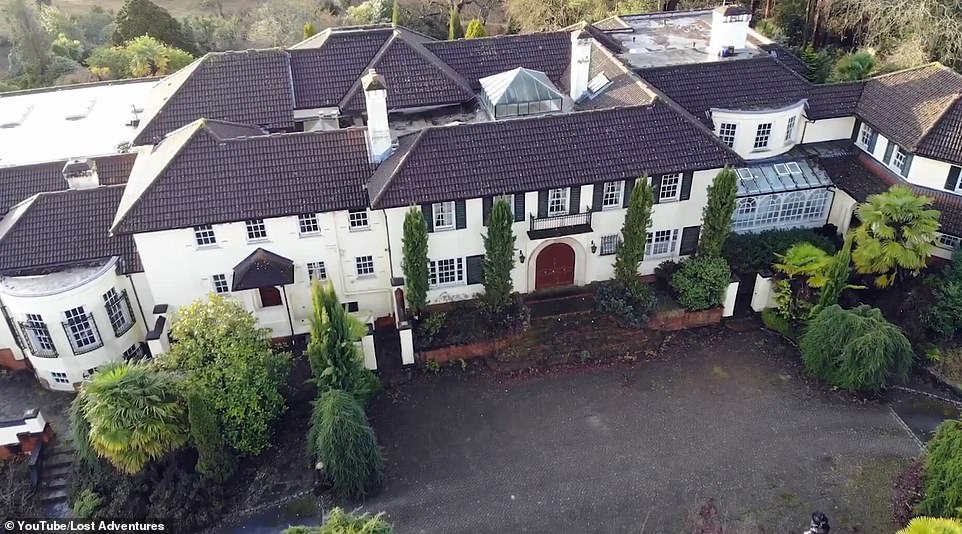 One of the world’s richest men German Khan is at war with so-called ‘urban explorers’ who keep breaking in to his family’s mansion (pictured) which is situation on the Wentworth Estate, Virginia Water, in Surrey 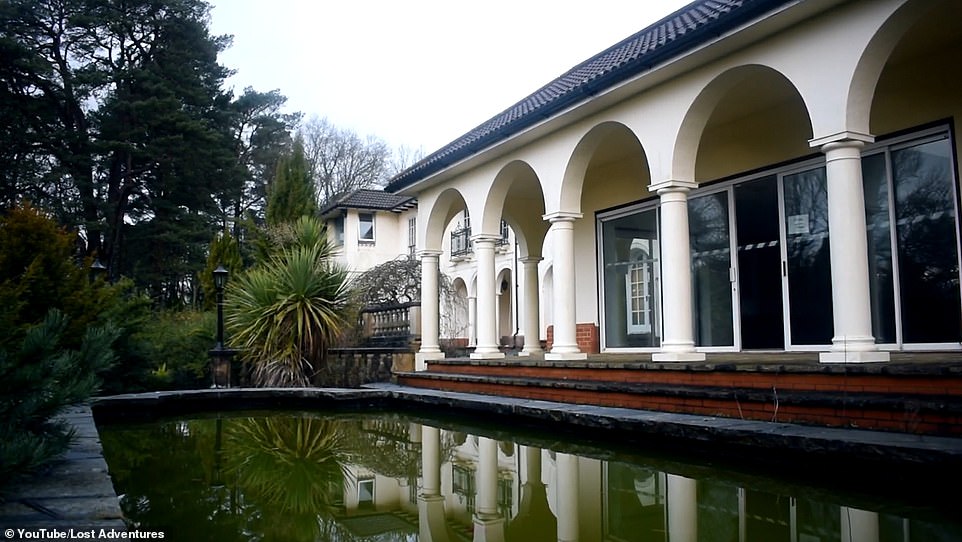 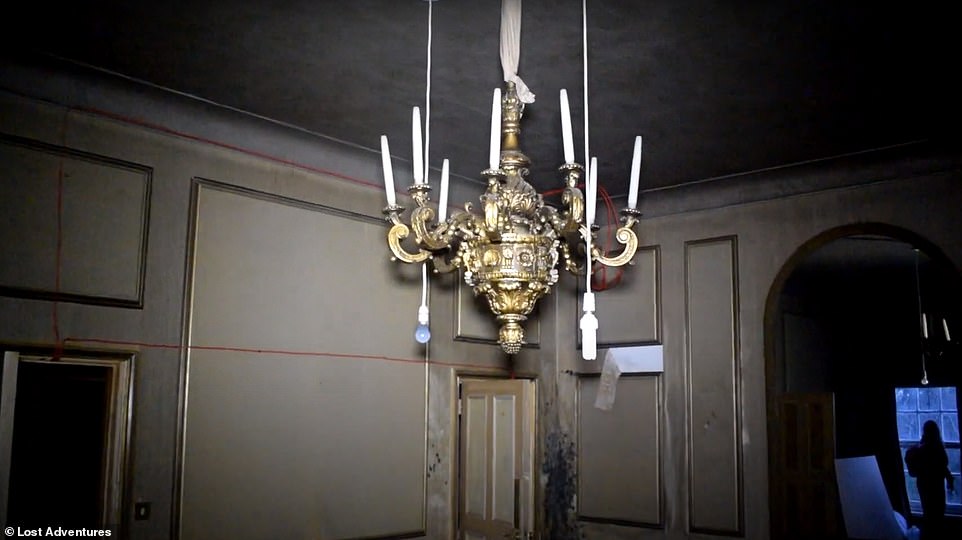 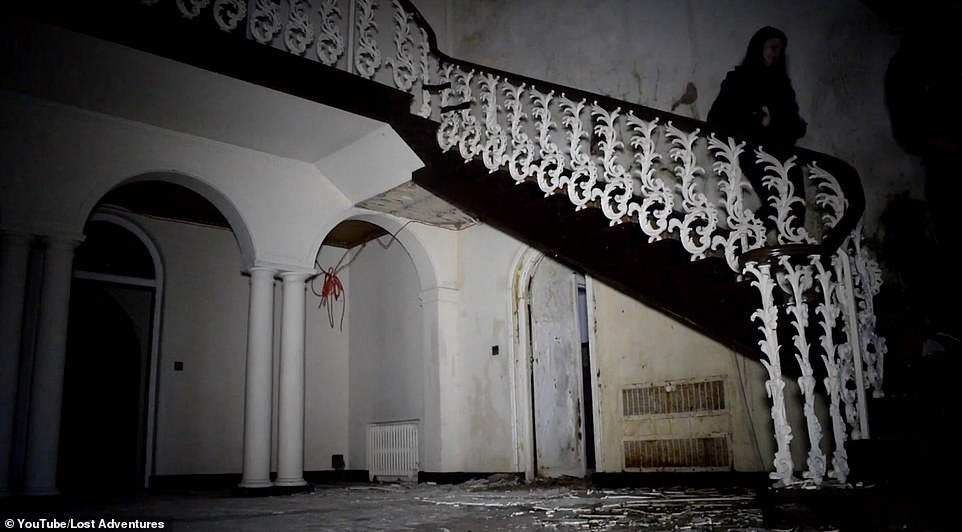 The images that stirred so much excitement show some outlandish interior decoration with a Stars n Stripes shower room, a bathroom with a chandelier and an ornate staircase leading to the upstairs bedrooms (pictured) 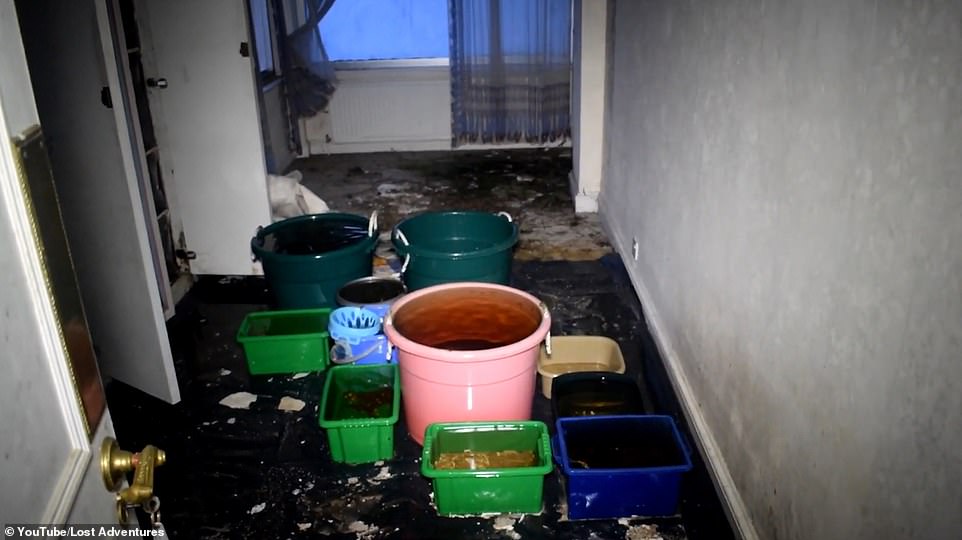 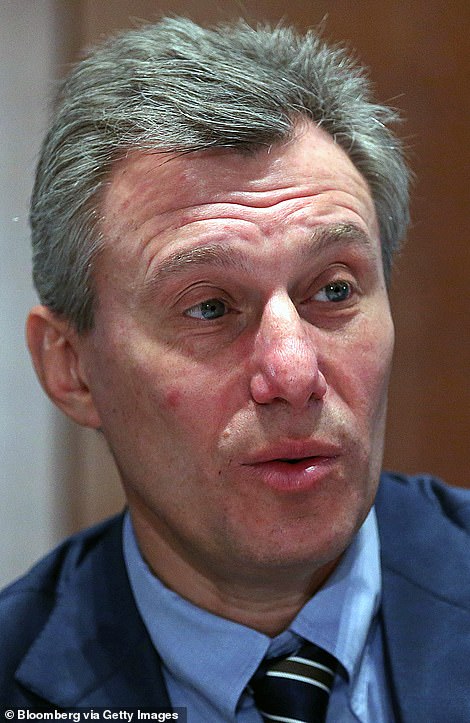 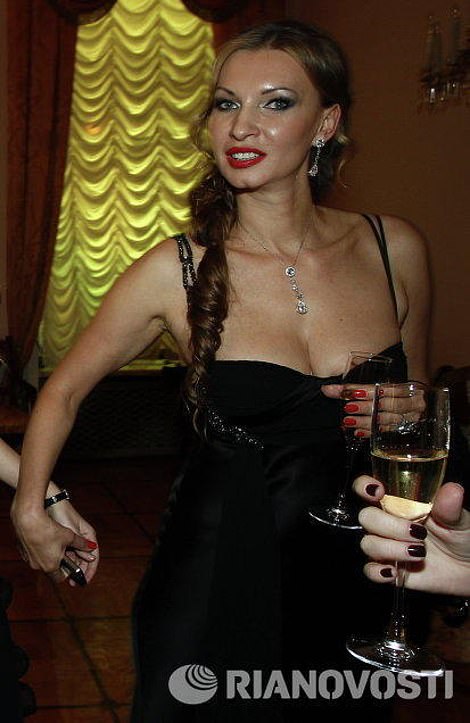 Ukrainian-Russian oligarch German Khan (left) has hit out at those ‘trespassing’ on the property that was purchased in the name of his wife  Anzhelika Khan (right), a former air hostess, for £26million in 2014

But there was just one big problem – a family of Russians living there at the behest of its owner – Khan and his wife Anzhelika.

Now Ukrainian-Russian businessman Mr Khan, who is worth an estimated £10bn, has strenuously denied that the multi-million pound mansion is uninhabited – and signs have appeared on the 15ft high wrought iron gates telling would-be trespassers to keep out.

Speaking exclusively to MailOnline, his spokesman said: ‘These allegations are completely untrue. It is also not true to say that it is abandoned.

‘The whole property is in the process of being renovated. This is a multi-stage process. So far the Lodge house has been renovated and that part of the project completed, and it has people living in it again.’

The footage that stirred so much excitement in the online explorer community showed some outlandish interior decoration with a Stars n Stripes shower room, a bathroom with a chandelier and a wine cellar with space for thousands of bottles.

The main drawing room, which includes a bar area, was shown to be particularly damaged with most of the wallpaper gone and joists visible through the cracked ceiling.

Other oddities included a Spiderman comic, a room decorated in Chinese script and a sign in one of the gutted kitchens reading: ‘Meli. No Salt in Children’s Food.’ 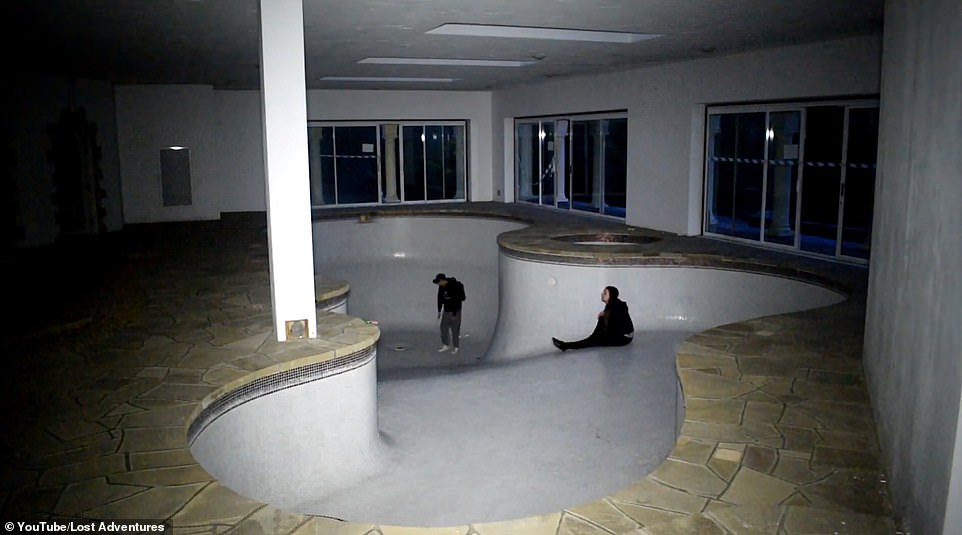 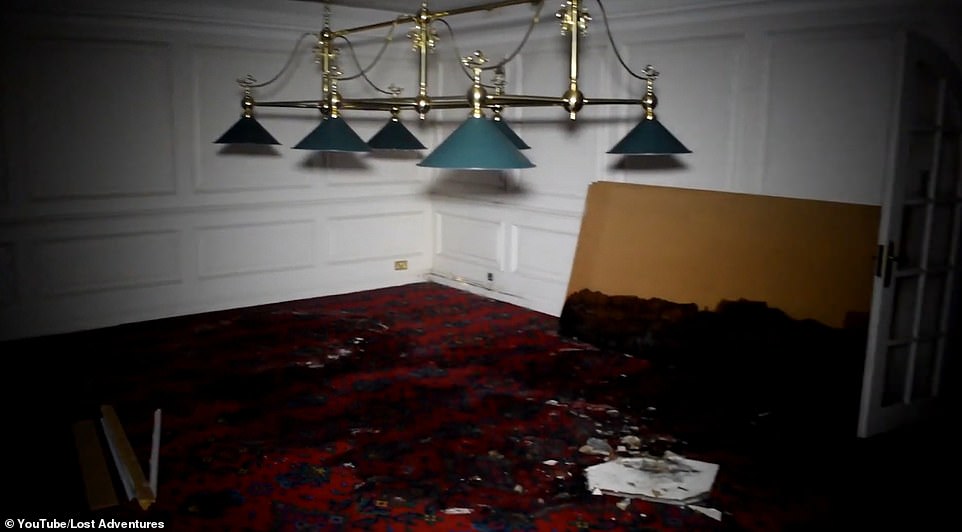 Despite the property appearing to be derelict and uninhabited, Mr Khan says that work is underway to demolish the building and replace it with a two-storey dream family home 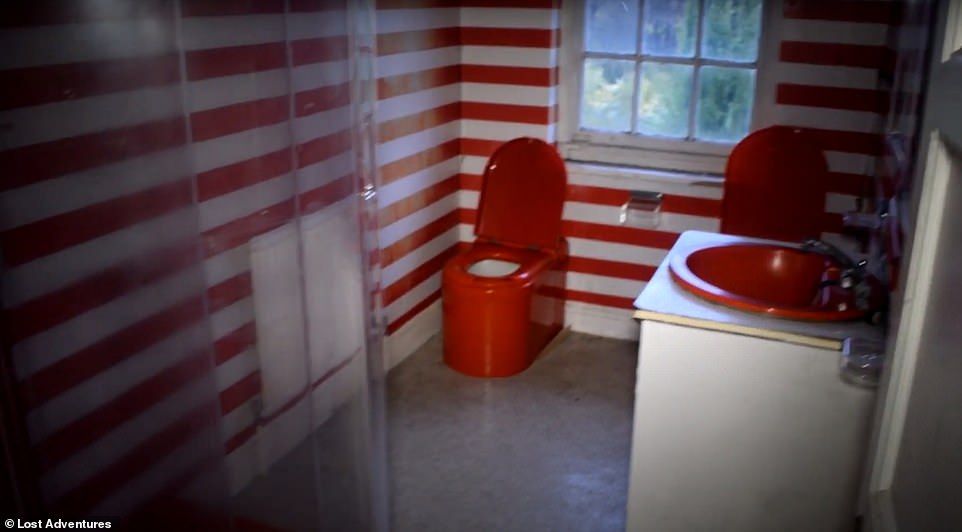 The bathroom is even decorated with the red, white and blue Star n Stripes theme 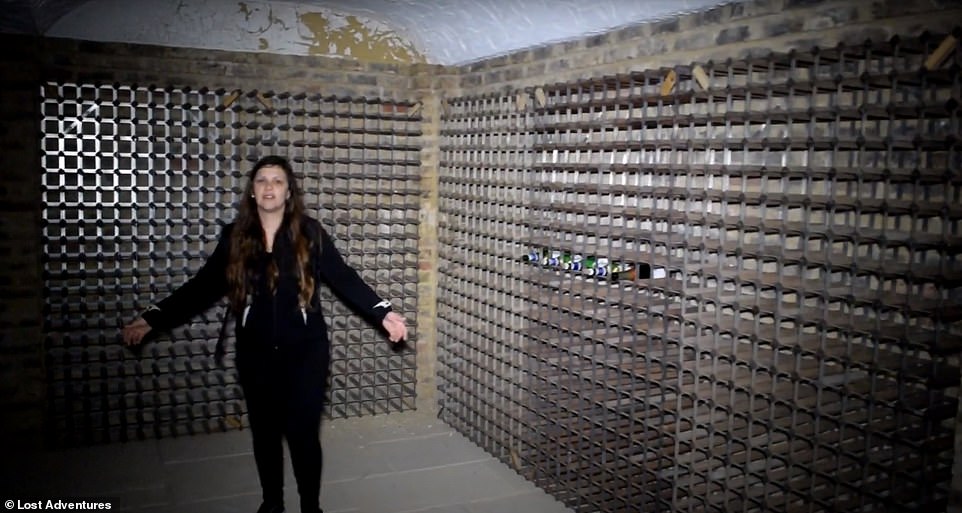 An urban explorer from ‘Lost Adventures’ poses in the basement’s wine cellar, with space to hold thousands of bottles

Outside were sunken pools, a tennis court, other smaller properties and a gigantic treehouse for children as big as many family homes.

According to planning papers, the owners of the house applied to Runnymede Borough Council in April 2017 for permission to knock down a two-storey dwelling and basement and replace it with another.

These were granted permission by Runnymede Borough Council but so far nothing has happened.

The fact that tenants are living at the property has come as a huge shock to at least one of the explorer groups that filmed there in January.

Ben, from Lost Adventures, said: ‘Wow, that’s crazy. When we went down there it was totally abandoned and there was certainly no note on the gate.

‘There was no furniture in there, no personal artefacts, nothing. We’d have never gone near the place if we thought people lived there.’

But speaking from the property, Russian Maksims Volkovs says he lives there with his wife and family at the behest of the owners.

‘I can’t share anything about the house, I am under a non disclosure agreement, so the only thing I can say without breaching it is that we have been living here for about two years’, said Mr Volkovs.

‘I can assure you that people were living in this house in January. It is a large estate and people were there on the territory of the house.’

‘As for the people who came here to make a film, we wrote to them, we don’t want any further scandal. We simply want not to be scared of people coming here and don’t want to attract further attention by speaking out. 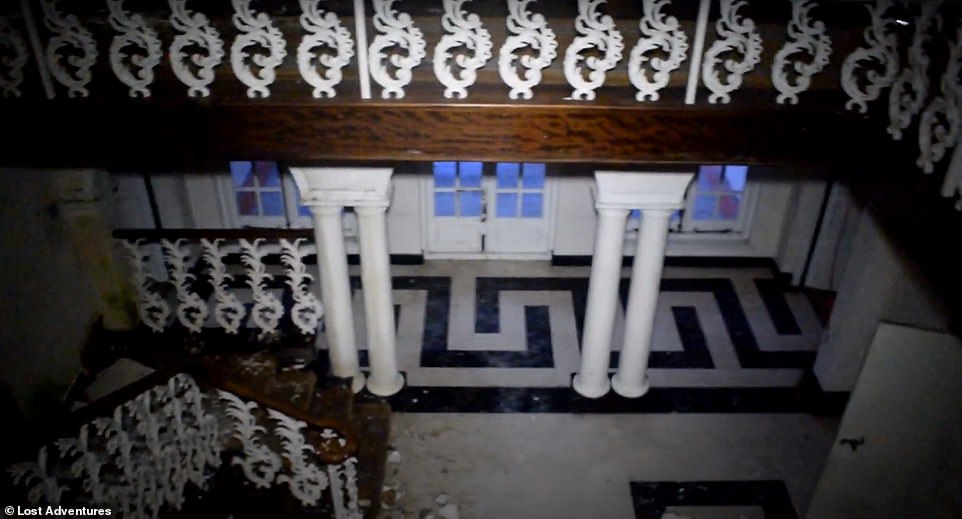 Despite appearing abandoned, Russian Maksims Volkovs says he lives there with his wife and family at the behest of the owners – and says his wife has begged the online community of urban explorers to stop breaking in to the house they live in 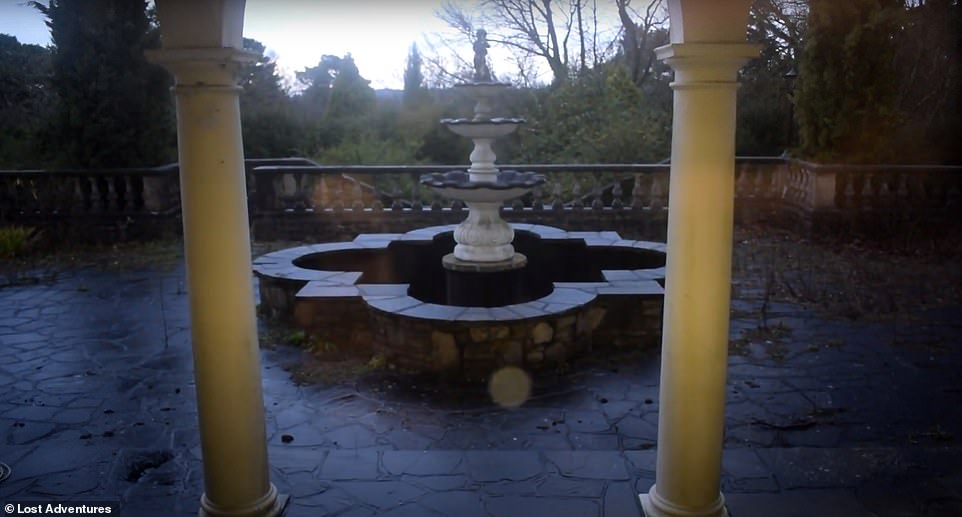 ‘We have been trying to get in touch with them several times, and we were ignored, moreover we were shown to be fools. To everyone who kept coming in we were saying that people are living here.

‘We are also worried that people who trespass the territory might get into situations that can be potentially dangerous, and we certainly don’t want this.’

According to Land Registry documents, the property was bought in 2014 for £26 million by Anzhelika Khan, a former air hostess.

It is not the first time that the couple’s love of English property has made the headlines. 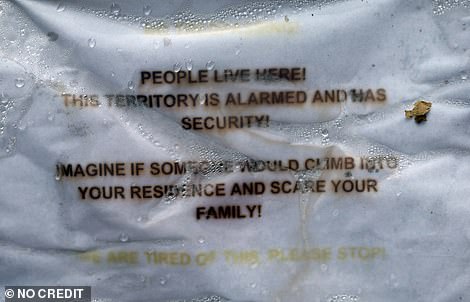 A note attached to the gate there says: ‘People live here! Imagine if someone would climb into your residence and scare your family! We are tired of this please stop!’

Back in 2008 they were sued by an interior designer who claimed they owed her £90,000 for plans to transform their £11m maisonette on Eaton Square in central London into something with more ‘OTT Russian opulence’.

After commissioning Carole Langton to do the work, Mrs Khan’s affections switched to an even grander property on the same square and the couple duly bought a mansion for £67m from the Carpetright tycoon, Lord Harris of Peckham.

Around the same time Mr Khan, who has four grown up children, paid £95m for a Picasso painting.

The 59-year-old, who has joint Russian and Israeli citizenship, began to make his fortune in the 1990s from oil following the break up of the Soviet Union.

In 1992, he and fellow Ukranian Mikhail Fridman, set up the Alfa Group and they went on to claim a major shareholding in the formerly state-owned oil company TNK.

In 2003, BP bought half of the company for £6.1 billion but in 2012, after an acrimonious boardroom battle, it was sold back to a firm owned by the Russian state for £55 billon. Khan was said to have netted £3.3 billion from the deal. 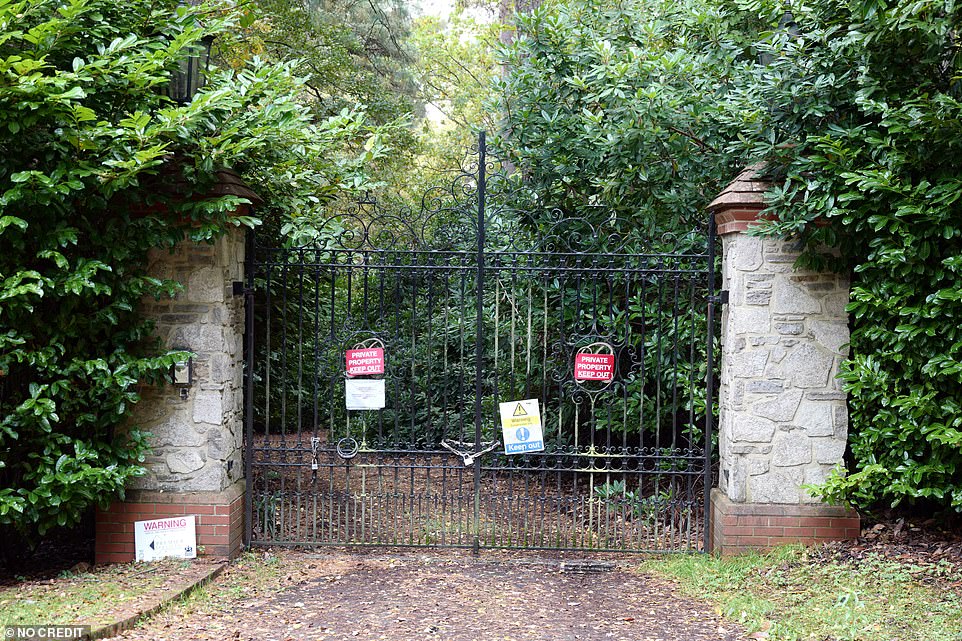 Politically connected, Mr Khan is said to be close to Russian President Vladimir Putin and two years ago his son in law Alex van der Zwaan pleaded guilty to lying to the FBI concerning their probe of Russian interference in the 2016 Presidential election.

Mr Khan is also known as a philanthropist, giving money to the European Jewish Fund and bankrolling a Holocaust Museum in his native Ukraine at the sight of the Nazi’s Babyn Yar massacre of 1941.