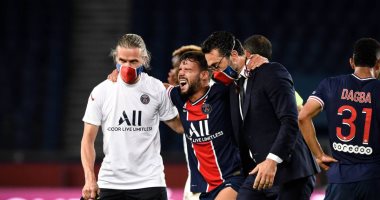 Juan Bernat ruptured the anterior cruciate ligament in his left knee, after participating against Metz in a postponed match in the French League, on September 16, 2020.

Since this date, the Spaniard Juan Bernat has not returned to participate again with Paris Saint-Germain, due to the length of his recovery from the serious injury he suffered.

It is worth noting that Paris Saint-Germain has renewed the contract of defender Juan Bernat for a period of 4 years, until June 30, 2025 last March.

Paris Saint-Germain signed Bernat, 28, in the summer of 2018, from Bayern Munich, on a 3-year contract.

5 types of friends you keep away from your life.. moody ones, the most prominent of them