The BBC is facing a ‘demographic time bomb’ as research revealed only one in 20 young adults watch it’s programmes live daily.

More than a third under-30s never watched any BBC programming live, compared to just eight per cent of the oldest age group asked, research, obtained by the Sunday Times found.

It comes after Culture Secretary Nadine Dorries hit the Corporation with a two-year licence fee freeze earlier this month – after which it will rise in line with inflation for the following four years.

The BBC is facing a ‘demographic time bomb’ as research revealed only one in 20 young adults watch it’s programmes live daily. Pictured, the BBC headquarters in London

Julian Knight chairman of the Commons digital, media, culture and sport committee, told the publication: ‘The BBC needs to wake up to this demographic time bomb’

The 50-year-old pointed out that while the Corporation has ‘excellent children’s broadcasting’ their audience ‘drifts off’ when it comes to teenagers and adults in their early 20s.

Among the young people asked, 24 per cent believed that the BBC should still be funded through the licence fee, with 17 per cent opting for a subscription model.

Only a quarter of the under-30s use the service once a week or more and 35 per cent felt the service could be funded through advertising. 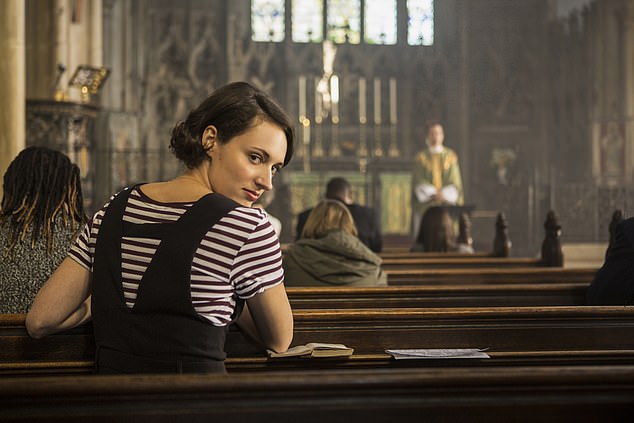 BBC Three, which launched hit shows including Fleabag (pictured), will relaunch in early February and will be available on Freeview, Sky, Virgin and Freesat

A spokesperson for the BBC said: ‘The BBC is the most used media brand for 16-34s in the UK, reaching 80 per cent each week, and more young people are watching BBC iPlayer than ever before as we continue to break new records, with the highest ever figures for weekly signed in accounts for under 35’s in 2021. This Christmas alone 93% of 16-34’s tuned into the BBC over the festive season

‘We’ve said we are doing more for younger audiences across the whole of the UK and BBC Three’s return as a broadcast channel next month will help us reach and deliver more value to them and maximise the impact of our increased investment in new content.’

It comes after the return of BBC Three’s as a broadcast TV channel was  confirmed by Ofcom in November last year.

The broadcasting watchdog approved the move to take the online-only channel, currently available on the iPlayer, back to linear services in early February.

In 2016 the corporation took BBC Three off air because it said young viewers had abandoned traditional viewing, despite it being the home of hits such as Gavin and Stacey, Fleabag and Killing Eve

That sparked a protest outside Broadcasting House and more than 300,000 people signed a petition to save the channel.

Then as the pandemic hit in March last year and BBC Three spawned another hit with Normal People, the corporation said there was still a ‘significant group of younger viewers who maintain a strong linear TV habit’ and announced plans to bring it back as a TV channel, subject to Ofcom’s approval. 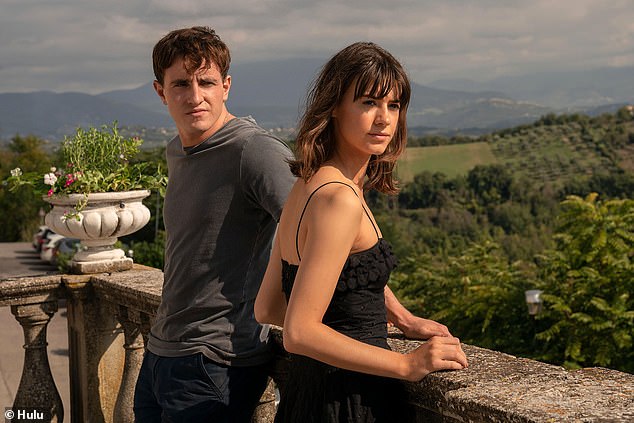 However, as the pandemic hit in March last year and BBC Three spawned another hit with Normal People (pictured), the corporation said there was still a ‘significant group of younger viewers who maintain a strong linear TV habit’ and announced plans to bring it back as a TV channel

The decision by Ofcom to bring the channel back, which coincided with the publication of the regulator’s annual report on the BBC’s performance, said the relaunch would help the BBC reach younger viewers, particularly those from lower-income homes and those living outside London and the South East.

It said that to ensure the channel is distinctive’, at least 75% of its broadcast hours must be original programmes commissioned by the BBC for UK viewers.

‘This is a big moment, with the new channel providing a destination for young audiences to discover more content on the BBC.

‘We will work hand in hand with iPlayer to provide a broad offering that is representative of the whole of the UK and we will continue to back new talent and bold ideas.

‘This approach will bring the audience a distinctive mix of programmes that are there to entertain, inspire and challenge thinking, at a pivotal and exciting time to be young in the UK.’

Should wealth have its limits?

Should wealth have its limits?