They may not be able to attend the Oscars in Los Angeles.

But Isla Fisher and Sacha Baron Cohen are still celebrating the Academy Awards in Australia.

The couple glammed up in the early hours of Monday morning (AEST) and posed for a selfie in front of Sydney’s iconic Harbour. 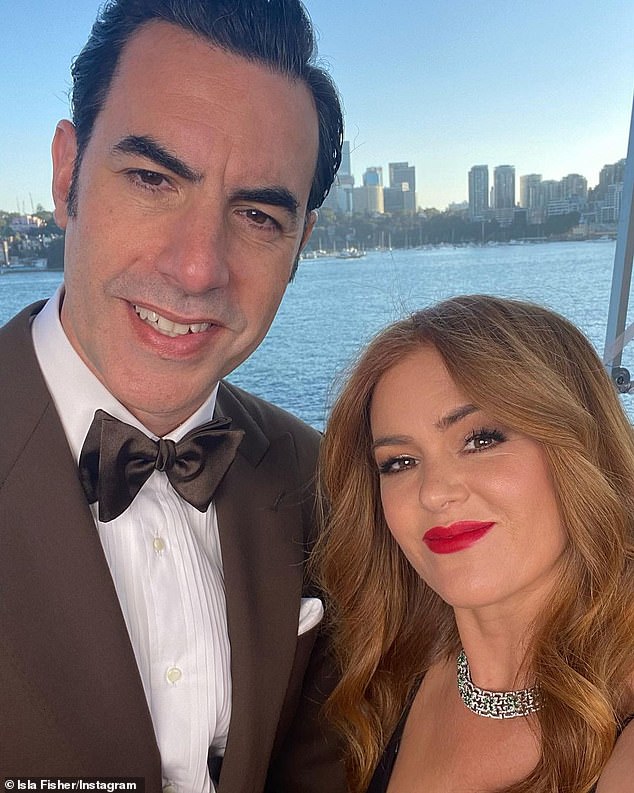 Oscars, Sydney style! Isla Fisher and Sacha Baron Cohen glam up as they celebrate the 93rd annual Academy Awards in the early hours of the morning in Australia

The Wedding Crashers star, 45. appeared to be wearing an elegant low-cut black gown, which she accessorised with a stunning diamond choker necklace.

Her signature red hair was coiffed in loose waves and she added a pop of colour with some bright red lipstick.

The awards show will be very different as it will be a socially distanced event held not in Hollywood but in downtown Los Angeles at Union Station with only 170 people and not the usual 3,000. 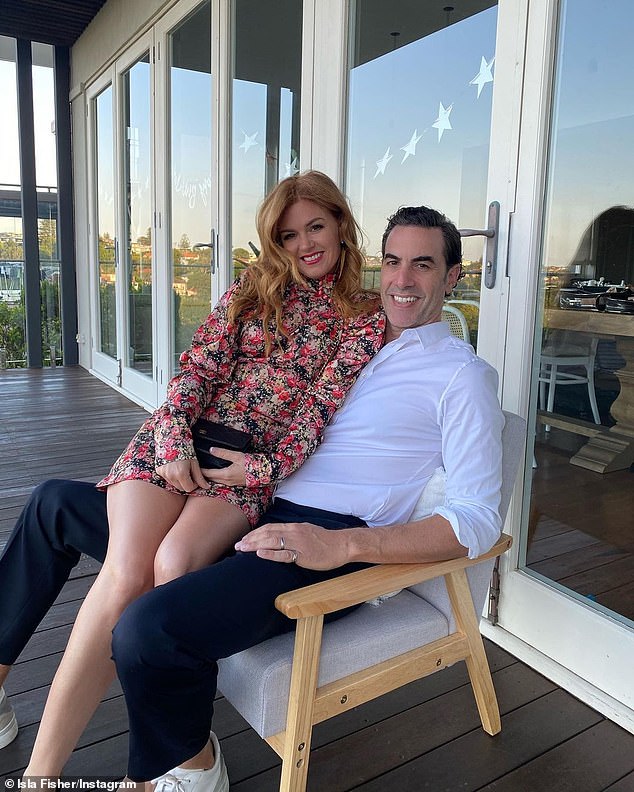 Across the pond: Isla and Sasha relocated from Los Angeles to Sydney late last year

But there will still be a red carpet, even if there will be much less people on it and very few cameras.

The event may be one of the least seen Academy Awards of all time due to the lack of celebrities attending the event.

And there are also claims the Oscar for Best Picture is set to be handed to the lowest grossing top movie in the award show’s 93 year history. The night’s top prize is widely expected to go to Chloé Zhao’s Nomadland starring Frances McDormand.

This year, the series will adapt to the demands of the ongoing coronavirus pandemic for a socially distanced show that attempts to follow safety recommendations while steering clear of the virtual format other award shows have adopted.

To underscore the changes due to the pandemic, there will be no host, no audience, nor face masks for nominees attending the ceremony at Los Angeles’ Union Station — this year’s hub for a show usually broadcast from the Dolby Theatre – though they will have to mask up when not on stage. And there will be COVID-19 testing as well as temperature checks.

And guests – Brad Pitt, Joaquin Phoenix, Reese Witherspoon and Zendaya have been secured – are not able to bring guests.

There will only be about 170 attendees in all, which is far less than the 3,000 that normally attended the Oscars pre pandemic.

In contrast with the largely virtual Golden Globes, Zoom boxes have been closed out — though numerous international hubs and satellite feeds will connect nominees unable to travel.

Due to the pandemic, the audience will be significantly capped at the venues, with only 170 attendees allowed inside Union Station, according to the Los Angeles Times.

That’s compared to the usual 3,000 people that the Dolby Theatre can accommodate.

‘As soon as you open the door beyond nominees, their plus-one and the presenters, you can’t control it,’ said filmmaker and first-time Oscars producer Steven Soderbergh at a press conference last week.

‘And so that was not even a question for us. Like, this is how it has to be done. [Disney executive] Bob Iger won’t be there. That is just where we are at, and that is how we are being allowed to do it this way.’

In order to keep things moving smoothly, the show will have a bevy of rapid Covid-19 testing and temperature checks on site.

‘We are treating the event as an active movie set, with specially designed testing cadences to ensure up-to-the-minute results, including an on-site Covid safety team with PCR testing capability,’ the Oscar producers wrote in a letter to nominees last month.

In order to cut down on risks, attendees have been asked to skip going to crowded places like gyms or restaurants for the 10 days prior to the ceremony.

It doesn’t hurt that California now has the lowest coronavirus case rates in the continental United States.

And while it’s been widely speculated that they moved Down Under to escape the coronavirus pandemic ravaging the US, new reports claim they were actually fleeing America’s tumultuous political climate.

‘They didn’t want to raise their kids in Trump’s America,’ an insider told The Sydney Morning Herald of the couple’s decision to move to Australia on Sunday.

The couple relocated to Australia in December, and have since enrolled their three children at a school in Sydney.