The 50-year-old actress took to the stage at the glitzy ceremony in Los Angeles’ Union Station stating: ‘It has been quite a year, and we are still smack dab in the middle of it. We are mourning the loss of so many.

‘And I have to be honest, if things had gone differently this past week in Minneapolis, I may have traded in my heels for marching boots.’

King’s comments prompted vocal agreement among the 170 people who were sitting in the audience.

The actress continued: ‘Now, I know that a lot of you people at home want to reach for your remote when you feel like Hollywood is preaching to you. But as a mother of a black son, I know the fear that so many live with, and no amount of fame or fortune changes. That okay?’

The crowd responding with a loud applause, seeming to confirm their support for King’s commentary. 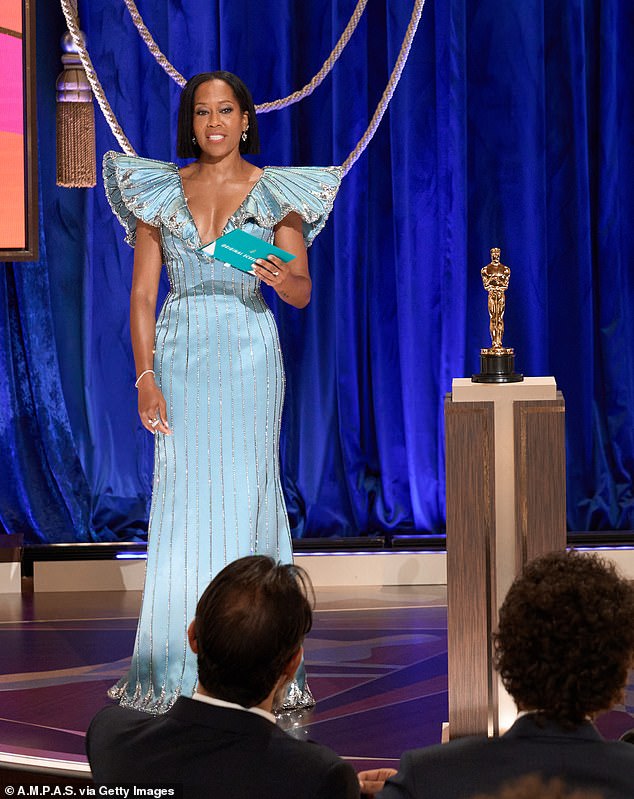 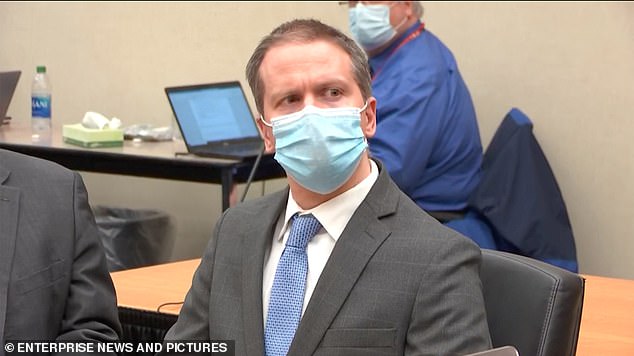 Last week, Derek Chauvin was convicted of second degree murder over the May 2020 death of black man, George Floyd

However, King’s remark wasn’t the only political moment of the night, with Best Live Action Short director Travon Free also speaking out as he accepted his Oscar.

‘Those people happen to be disproportionately black people. I just ask that you please not be indifferent. Please don’t be indifferent to our pain,’ Free continued.

On the red carpet, Free also made a political statement, showing off the inside of his black and gold blazer which was emblazoned with the names of black people killed by police. 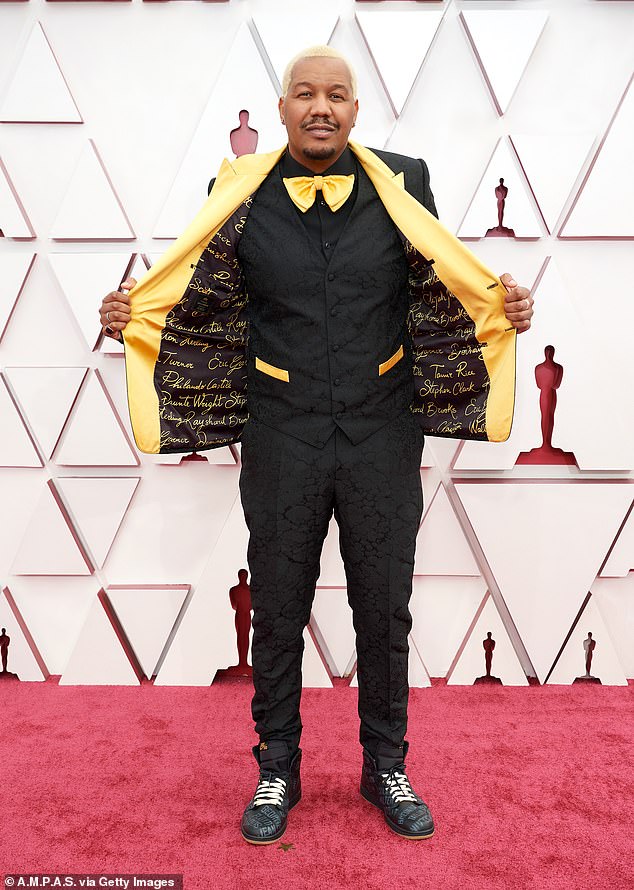 On the red carpet, Free also made a political statement, showing off the inside of his blazer which was emblazoned with the names of black people killed by police

This year’s Academy Awards have been hailed as ‘the most diverse’ in history, with a record number of BIPOC nominees.

Nine of the 20 acting nominees this year are actors of color and it is the first time in history that the best actor category isn’t majority white.

Nominations in the Best Actor in a Leading Role category include Steven Yeun (Minari) who is the first Asian American to receive a nod; Chadwick Boseman (Ma Rainey’s Black Bottom) who received a posthumous nomination; and Riz Ahmed (Sound of Metal) who is the first Muslim actor to be given a nod in the category.

Zhao is also the first woman of color to ever be nominated for best director.

‘We do like a rave!’ Inside the UK’s last lesbian bars