Ex-Australia Post boss Christine Holgate has a new job at a parcel deliveries business, six months after she was ousted over $20,000 worth of controversial gifts.

Since leaving her role, Ms Holgate has slammed Scott Morrison for ‘humiliating her’ in public after she gifted Cartier watches to executives and revealed she was ‘suicidal’ after being forced out of the company.

She’s now joining transportation and logistics company Toll Global Express as the new CEO and plans to grow its eCommerce sales and delivery operations in competition with her old employer.

‘It’s doing something I absolutely love, which is growing a business, it’s a big national infrastructure business, so it’s all about eCommerce and trade and they are things I’m passionate about,’ she told Nine News on Monday. 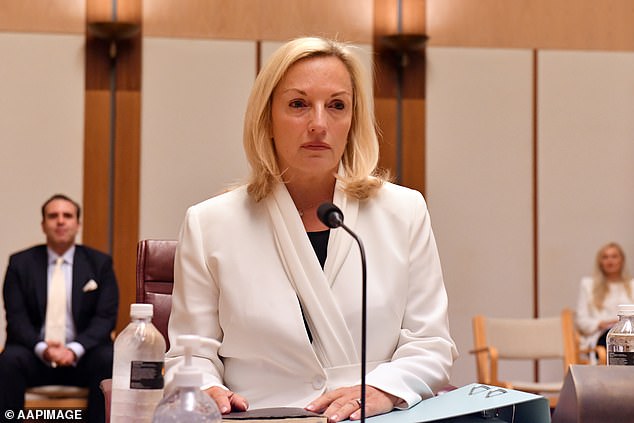 Asked if she thought Australia Post might be a bit worried, Ms Holgate said she hoped ‘they will give me a bit more of their business… competition actually does make you a bit stronger’.

Ms Holgate said many of her friends worked at the company.

The CEO resigned from Australia Post in November after it was revealed she used taxpayer funds to buy highly-paid executives four Cartier watches worth $5,000 each as a reward for signing a lucrative deal with Australia’s biggest banks.

In a heated Question Time debate after the lavish gifts came to light, a furious Mr Morrison called for her to stand aside, saying ‘she can go’.

Ms Holgate hit back in April, telling a Senate inquiry this amounted to bullying and harassment and insisting she did nothing wrong.

She also blasted the Australia Financial Review newspaper over a cartoon in which she believes she was depicted as a prostitute.

The former chief executive said she was left suicidal and took insomnia medication due to her poor mental health as a result of Mr Morrison’s public rebuke.

Greens senator Sarah Hanson-Young, who is chairing an inquiry into Australia Post, called on the Prime Minister to personally apologise for the way she was treated and backed her claims of being a victim of sexism.

‘The treatment that Christine Holgate was given in comparison to the backing that the PM has given men who have behaved badly in his own government is just so stark,’ she told ABC radio. 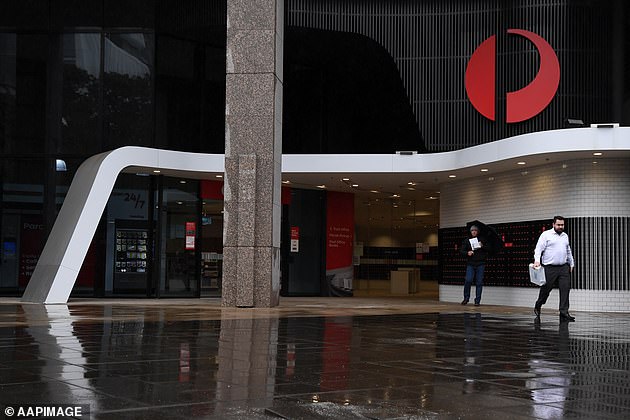 Ms Holgate said the watches were given as a reward to four executives who worked hard over a deal with Australia’s big banks. Pictured: An Australia Post store in Sydney 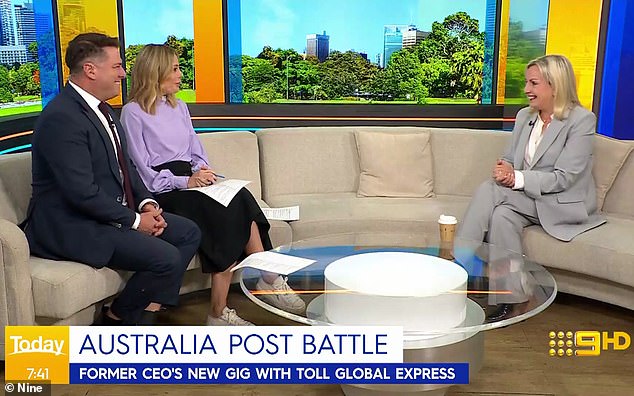 Ms Holgate appeared on the Today show program on Monday, where she was asked how she would navigate the ‘bonus situation’ at her new job in the wake of the Australia Post Cartier watches scandal

On hearing about the reward, a furious Mr Morrison told Parliament the Cartier gifts were disgraceful and appalling.

‘She’s been instructed to stand aside and if she doesn’t do that, she can go,’ he said.

Ms Holgate, who was born in Cheshire, north England, claims she offered to go on annual leave pending an investigation and later offered to resign.

In her opening statement to a senate inquiry on Tuesday, Ms Holgate said: ‘I was humiliated by our prime minister for committing no offence and then bullied by my chairman.

She added: ‘Lucho unlawfully stood me down under public direction of the Prime Minister. This made my leadership at Australia Post untenable and seriously threatened my health.

‘I have done no wrong. Their bullying of me was far from over.

‘The simple truth is I was bullied out of my job. I was humiliated and driven to despair. I was thrown under the bus by the chairman of Australia Post, to curry favour with his political masters. But I’m still here and I’m stronger for surviving it,’ she said.

Chairman Lucio Di Bartolomeo has hit back at Ms Holgate’s accusations, insisting that he never wanted her to step down.

Today host Allison Langdon took a cheeky swipe at Ms Holgate as she announced her new job on Monday.

‘Any Cartier watches?’, the presenter asked of her new gig.

Co-host Karl Stefanovic also quipped: ‘How are you, in your new role, going to address the bonus situation… will it change the way you lead?’.

Most likely expect the Sixers to easily take Game 7 against the Hawks, but winning is...