‘He’s my cup of tea… when he has the right pieces around him it works’: Owen Hargreaves says it’s a ‘shame’ Mesut Ozil is not lining up for Arsenal as Martin Keown claims omission must be down to his ‘application’

Owen Hargreaves believes it is a ‘shame’ Mesut Ozil has been left out of Arsenal‘s future plans after Mikel Arteta opted against including him in his Premier League and Europa League squads.

The playmaker, who is earning £350,000-a-week at the club, was frozen out entirely from the first-team picture at the Emirates and will not feature again at senior level until at least January – with his days at the club all but over.

Arsenal began their European campaign against Rapid Vienna in Austria without Ozil, who was reduced to watching the game on television, and BT Sport’s pundits were unanimous in agreeing that the situation is disappointing. 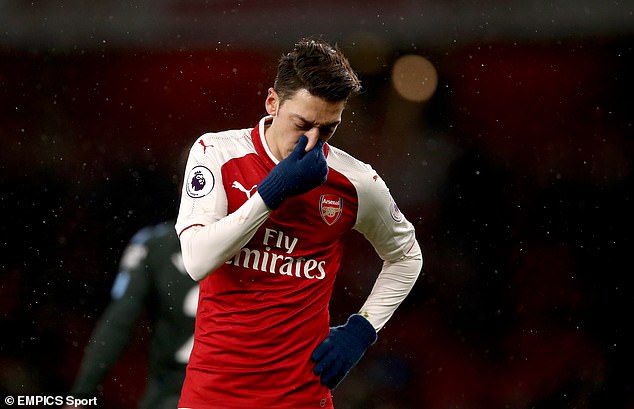 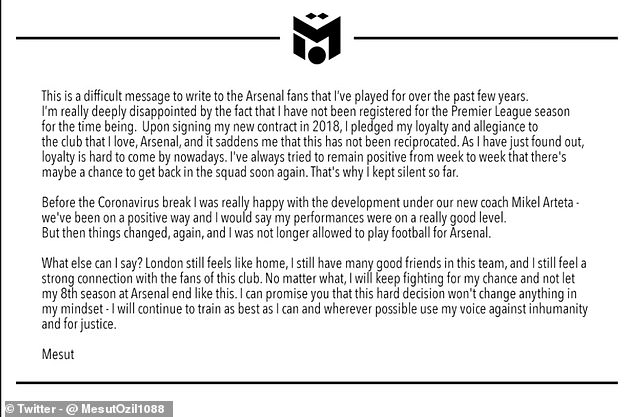 The £350,000-a-week playmaker criticised the club after being left out of both their squads

‘The player wants to play football. We have to remember he’s at home here,’ Hargreaves told BT Sport pre-match. ‘He’s been here for eight years, outside of (Lionel) Messi he’s had most assists in Europe in that time.

‘We’re talking about a guy who’s won the World Cup and done it on the biggest stage, it’s a shame he’s not here.

‘He might not be everyone’s cup of tea but he’s my cup of tea, when I want to watch a player play football. When he has the right pieces around him it works, he’s shown that with Germany.’

“It’s a shame he can’t play football. He should be in the squad in the Premier League and Europa League.”

“I think it’s extremely sad for a quality player. It has to be an application thing.”

Owen Hargreaves and @martinkeown5 weigh in on the Mesut Özil saga… pic.twitter.com/5K0fG10JDC 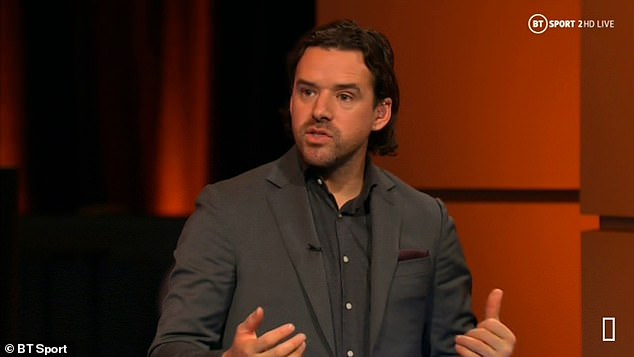 Ozil spoke out on social media after it surfaced that he had been left out on Mikel Arteta’s squads – and stressed that he is ‘saddened’ by his imposed exile. He also believes that his ‘loyalty and allegiance’ to the club have not been rewarded.

But boss Arteta insisted in a recent press conference that the decision was entirely football-based.

Keown theorised that Ozil’s absence must be due to his application on the field, with Arteta known to demand a particularly high standard from his players during training and in matches.

He said: ‘I think it’s extremely sad, he’s a quality player. When someone is that talented it has to be an application thing. Effort. Not putting in what they want.’ 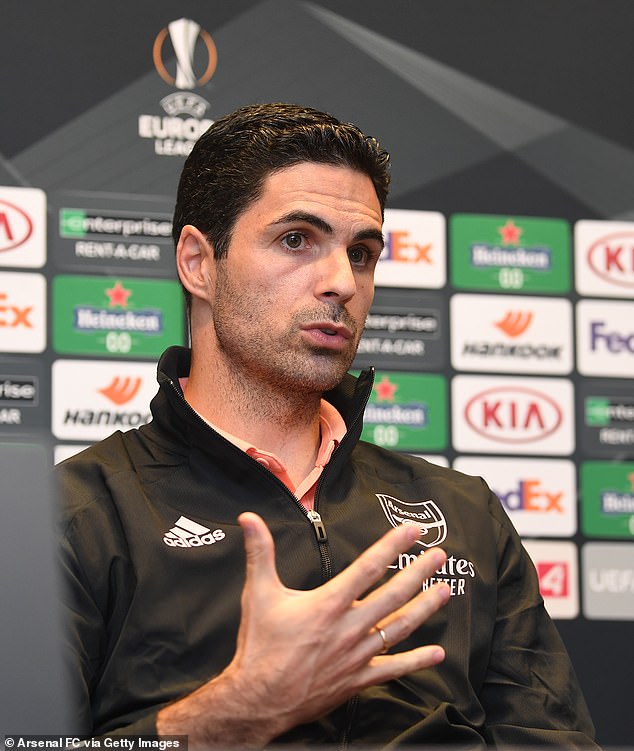 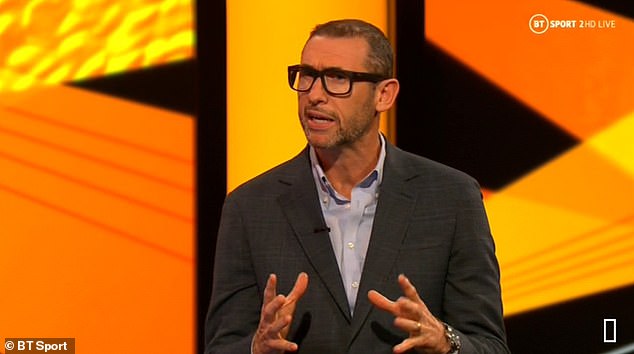 Martin Keown, the former Arsenal defender, says Ozil’s dilemma may be down to ‘application’

Sportsmail has previously reported Ozil is convinced that Arsenal’s commercial interests in China influenced the bombshell choice to omit him from multiple fronts.

A scathing attack from the player, directed at the club, is believed to have been in reference to an Instagram post from last December. The upload had condemned China’s alleged mistreatment of Uighur Muslims in the Xinjiang province.

It is also understood that Arsenal were to re-open talks with Ozil over bringing an early end to his bumper contract.

The attempts to reach a settlement were unsuccessful, however, with the former Real Madrid midfielder wanting virtually all of the £13million remaining on his deal.