The owner of the house with a 25ft shark sticking out of its roof is fighting council plans to give it listed status because it was installed by his father as a protest against planning laws.

Bill Heine, who died in 2019, installed the rooftop sculpture in secret without permission in 1986, which began a six-year planning row with the authorities who wanted it demolished.

The council is now asking residents to comment on 17 potential new additions to the Oxford Heritage Asset Register. One of the proposed sites includes the shark house which draws hundreds of visitors each year.

But Mr Hanson-Heine, a quantum chemist, said if it was given listed status it would defeat the purpose of the sculpture, which was to ‘protest against planning restrictions and censorship’. 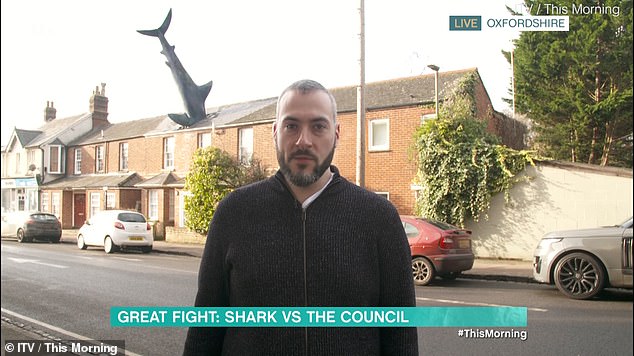 Magnus Hanson-Heine (pictured), 34, who inherited the Headington Shark in Oxford, has reignited his late father’s battle with Oxford City Council 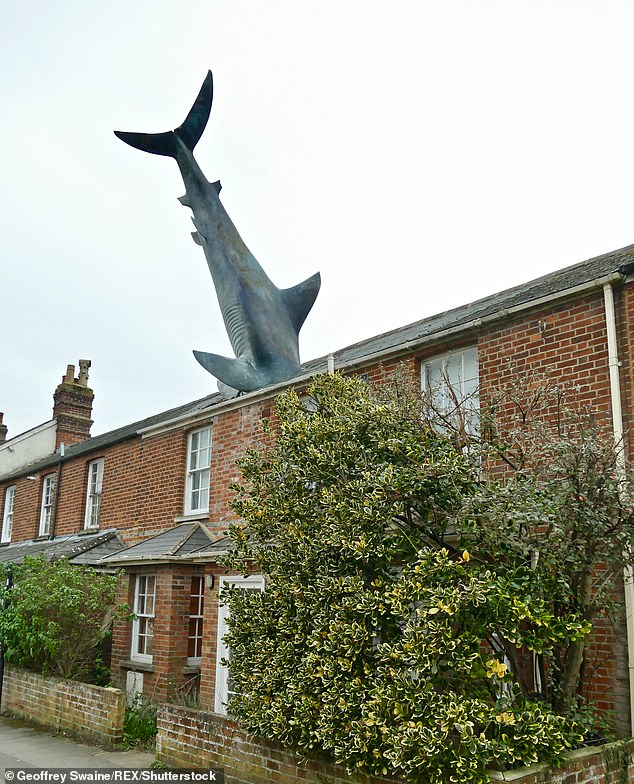 The council is now asking residents to comment on 17 potential new additions to the Oxford Heritage Asset Register. One of the proposed sites includes the shark house which draws hundreds of visitors each year

He said: ‘The nomination forms have been, let’s say, lacking in that they do not really provide an option to object to the listing for listing’s sake.

‘They ask questions like ‘do you think it adds value to the area’ which most people would say, yes it does. ‘They have not given the option to say no. They have not truly consulted in that sense.’

Inclusion of a building or place on the register ‘helps to influence planning decisions in a way that conserves and enhances local character’. It does not place any extra legal requirements on owners.

But Magnus says he is adamant he does not want it added to Oxford City Council’s list of important pieces of heritage.

He said he feared it was ‘a stepping stone’ towards getting it listed on a national basis, meaning more planning controls. 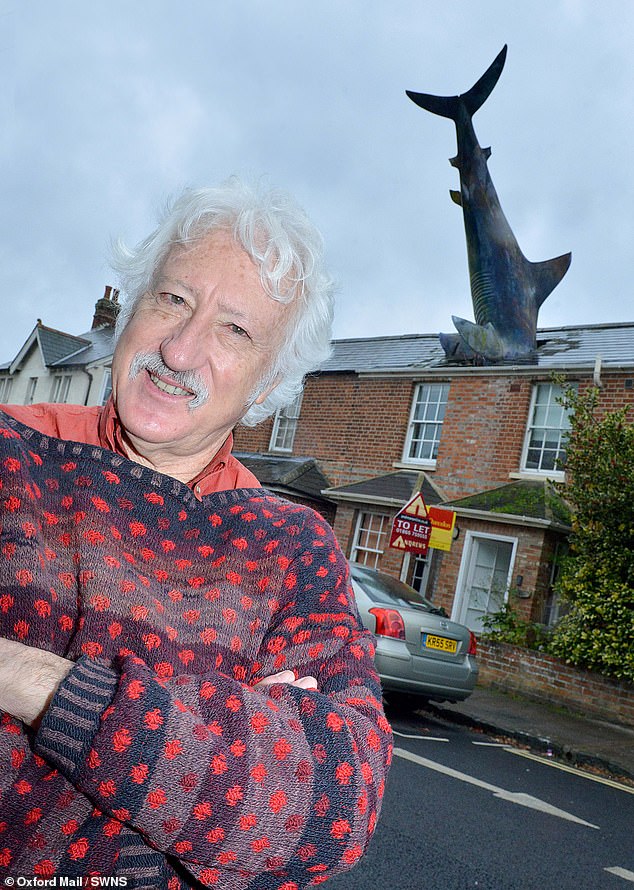 Bill Heine (pictured), who died in 2019, installed the rooftop sculpture in secret without permission in 1986 beginning a six-year planning row with the authorities 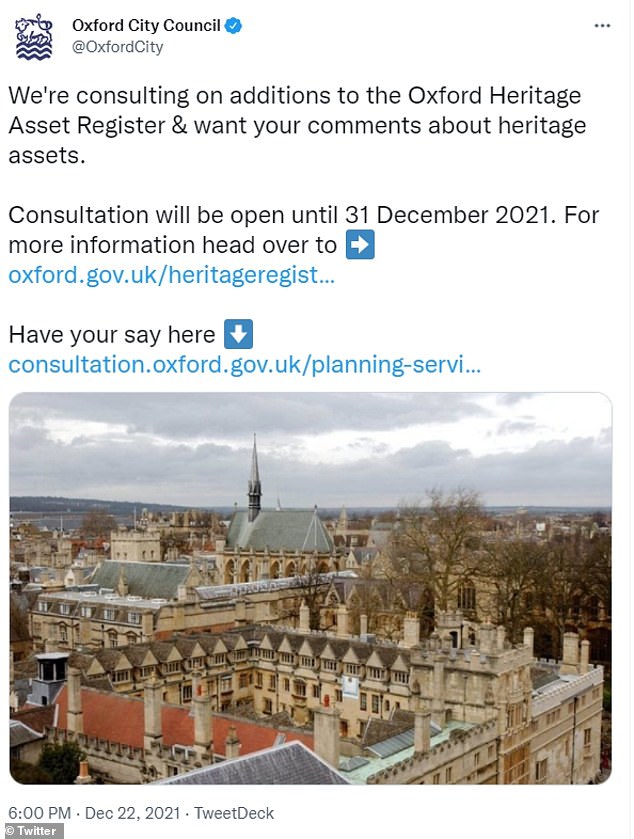 But Mr Hanson-Heine added though ‘this is academic as I have no intention of removing it’.

Mr Hanson-Heine, who works at Nottingham University, inherited the house from his late dad Bill in 2016 and it is now a star attraction on Airbnb.

Speaking to This Morning, Magnus said: ‘The themes of anti-war and anti-censorship are quite important to me.

‘But, ultimately, the most important thing is that everyone gets to come and decide for themselves.

‘To see the sculpture and add their own meaning to it on a personal basis.’ 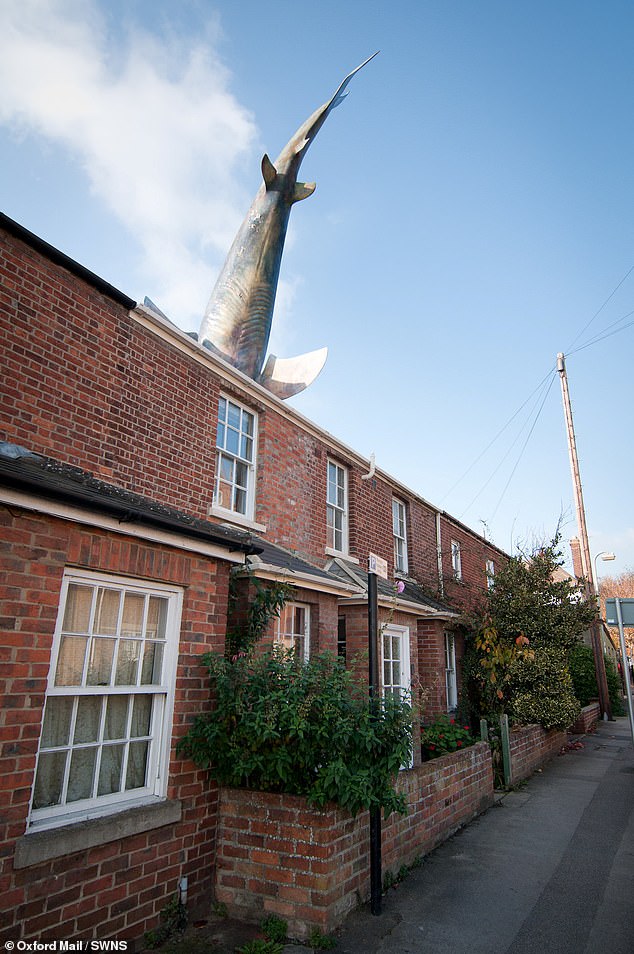 How the Great White made waves in Oxford

Magnus said: ‘My father always resisted giving any conclusive answer to the question what was the meaning of it, as it was designed to make people think for themselves, and decide for themselves what is art.

‘But it was anti the bombing of Tripoli by the Americans, anti-nuclear proliferation, anti-censorship in the form of planning laws specifically.

‘I see what they are trying to do and I’m sure it’s very well-intentioned. But they don’t view it now as what it is.

‘You grow up with these things, they become part of the scenery and you lose focus of what they mean.’

‘The fact that it’s wrapped up in this friendly package of “there’s this local landmark that everyone loves and here we are protecting it for the future”, it’s quite compelling as a story,’ he told The Sun.

‘If you think of it as a tourist attraction, which I’m sure many people do, then you’ll think what the council is trying to do is a good thing.

‘I think it’s political manoeuvring at best and actually it almost feels like they are stealing my house.’

The consultation ends on January 26 after the deadline was extended from December.

A decision will then be taken as to whether the nominations should be added to the register.

Finally, INEGI accepted: Covid-19, the first cause of death in Mexico