A Michigan bar owner featured in a Joe Biden campaign ad blaming President Trump’s handling of the COVID-19 pandemic for the mass closures of restaurants is actually wealthy tech investor who backed lockdown measures by the state’s governor.

The Biden ad, which the campaign has since removed from its YouTube channel, is narrated by Joe Malcoun, the co-owner of The Blind Pig, a popular Ann Arbor watering hole and live concert venue.

Malcoun blames the president’s response for how his bar has suffered amid the virus, and his fears that the establishment may need to close.

But it has now been revealed that Malcoun is a wealthy investor who made his fortune thanks to an inheritance from his family.

And his social media shows his support for lockdown measures imposed by Governor Gretchen Whitmer – a Democrat – which actually prolonged bar closures.

‘For 50 years, the Blind Pig has been open and crowded, but right now it’s an empty room,’ Malcoun says in the one-minute-long commercial which was posted online.

‘This is the reality of Trump’s COVID response.’ 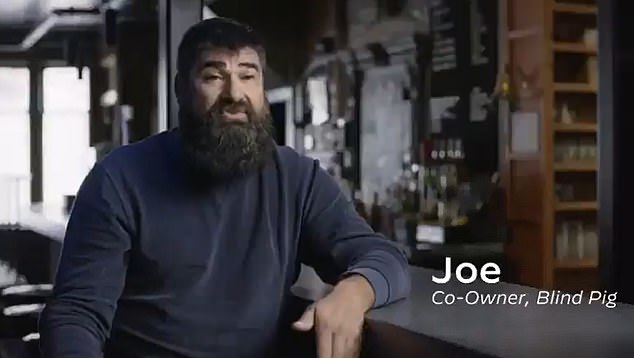 A recent ad posted by Joe Biden’s campaign is narrated by Joe Malcoun, a co-owner of an Ann Arbor bar who is also a wealthy ‘angel investor’ in tech startups in Michigan 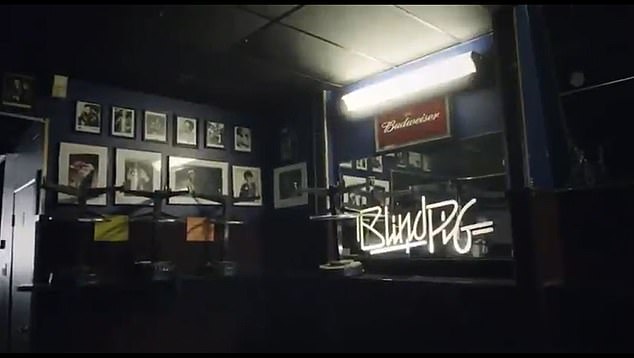 Malcoun adds: ‘We don’t know how much longer we can survive not having any revenue.’

‘A lot of restaurants and bars that have been mainstays for years will not make it through this,’ Malcoun says in the ad.

‘This is Donald Trump’s economy. There’s no plan and you don’t know how to go forward.’

The ad also features the song ‘Sabotage,’ by The Beastie Boys. It is the first time that the group licensed one of its songs for use in a campaign ad.

The ad ends with Malcoun saying: ‘My only hope for my family and for this business and my community is that Joe Biden wins this election.’

Malcoun’s concern about reopening plans seem to be at odds with a tweet he posted in April, where he praised Gov. Whitmer’s handling of the state lockdown, arguing ‘she’s doing it right’.

Whitmer’s strict stay-at-home orders sparked protests in the state and forced businesses like The Blind Pig to remain closed longer.

The bar has been open at limited capacity since June, but decided against resuming live concerts due to the low attendance of its summer shows.

The venue can hold up to 400 people and has hosted some big name acts, including Otis Rush, Nirvana, and KRS-One.

The Biden ad also doesn’t mention that even if his bar ends up shuttered, Malcoun will be just fine economically. 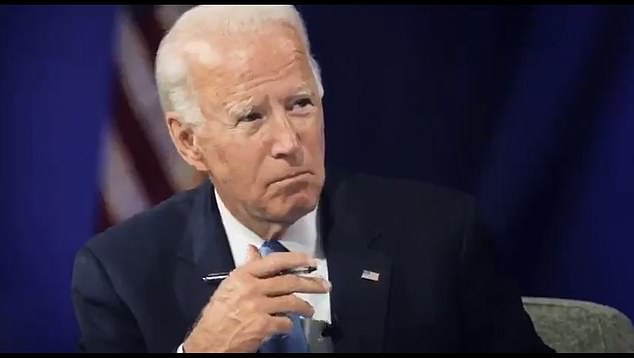 In the ad, Malcoun blames Trump for his handling of the COVID-19 and expresses support for Joe Biden

In 2018, he told Click On Detroit that he became an ‘angel investor’ in local tech startups after receiving a large inheritance from his wife’s late grandfather some 10 years ago.

‘Her grandfather was a very successful real estate investor as a hobby and he lived extremely modestly in Huntington Woods,’ Malcoun told Click On Detroit in 2018.

‘But he was a savant business investor. As a result, we realized we had responsibility over a significant estate.

‘We knew there was something but we never knew the extent of it and it was almost like winning the lottery and we were very young.’

He added: ‘Usually you become a CEO and you make money, and then the money allows you to become an angel investor.

‘I happened to have different circumstances where I had money (first).’

According to his LinkedIn, Malcoun is the CEO of Ann Arbor-based Nutshell, a software maker that helps salespeople increase their revenue.

He is also co-founder of Cahoots, an office-sharing startup also based in Ann Arbor.

When faced with the choice of whether to resume in-person concerts at his bar, Malcoun told Michigan Live in June that it was ‘not worth it’ to host live shows even though the state had lifted restrictions allowing them at limited capacity.

‘Now that we tried it and saw it’s really hard to communicate what it means to have a really socially distanced and live music show, we decided it’s not really worth trying,’ Malcoun said.

‘The very last thing we want is to be the epicenter of a new outbreak.’

On Twitter, Malcoun acknowledged on Tuesday that the bar is ‘technically ALLOWED to be open at reduced capacity right now…we are closed because it’s UNSAFE and irresponsible to be open.’ 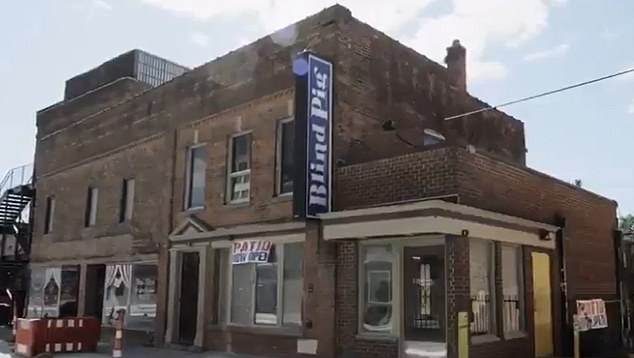 The Blind Pig has been open at limited capacity since June, but decided against resuming live concerts due to the low attendance of its summer shows

Malcoun has taken down his tweet, which was reported by the Daily Caller.

‘If Trump had taken this virus seriously from the beginning and imposed a national strategy to address it venues like the Pig would be open by now and you would be enjoying live music again,’ Malcoun tweeted.

‘But instead he chose to weaponize COVID for his own political gain and has convinced his supporters that the medicine is the illness.’

According to the Federal Election Commission, Malcoun contributed $5,000 to the Biden campaign in July.

He has also contributed thousands of dollars to Senator Gary Peters, a Democrat who is up for re-election on November 3.