Adorable footage of an excited dog playing with a stranger through a special hole in a backyard fence has gone viral.

The video shows a labrador poking its head through a fence behind a custom-made hole by the owner for passersby to play with her.

The dog sits patiently underneath a sign that reads ‘My name is Billi, I love attention’. 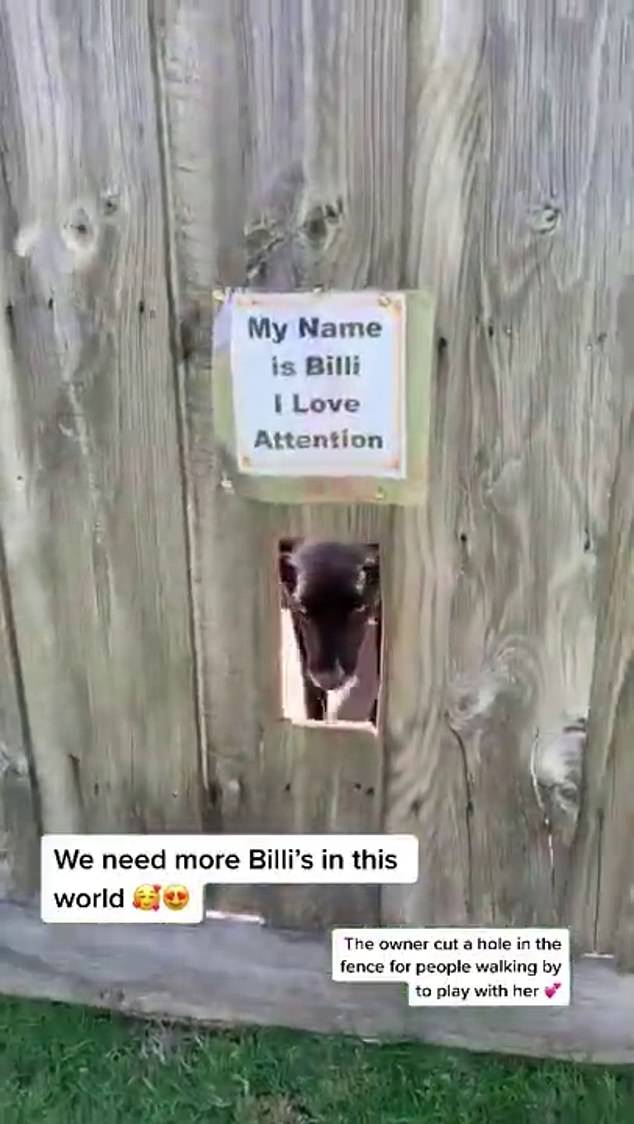 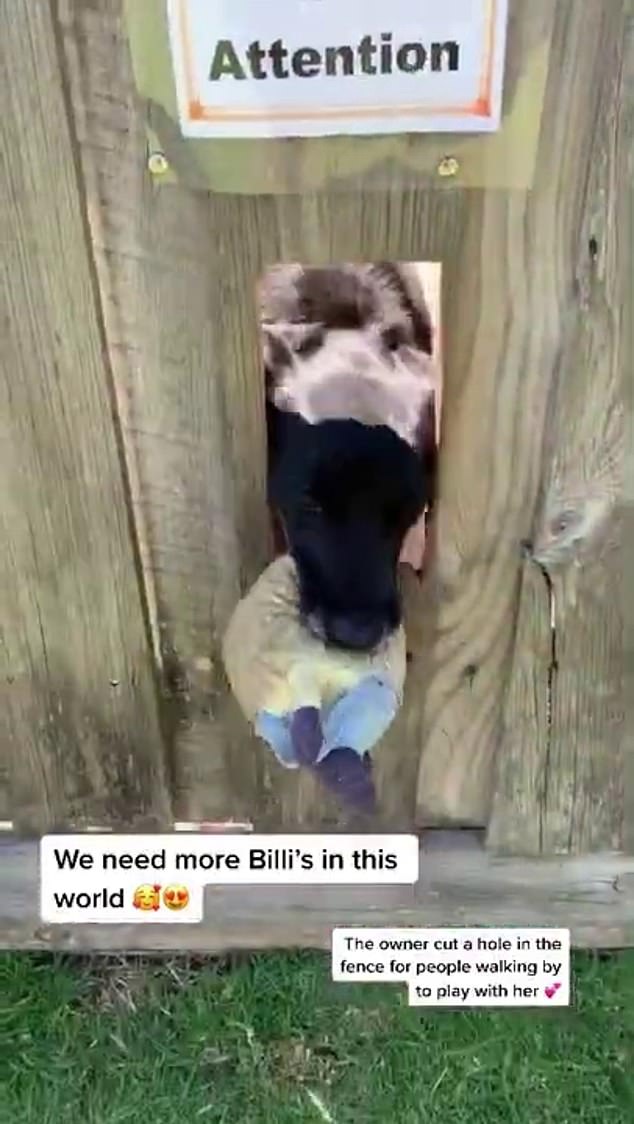 As a stranger approaches the fence, they pick up a toy and hand it to Billi to play with.

The two begin to play fetch through the hole as the dog continues to pass the toy back through the fence.

One Australian owner made three little holes in her fence for her two labradors to stick their nose through so they could watch her arrive home from work. 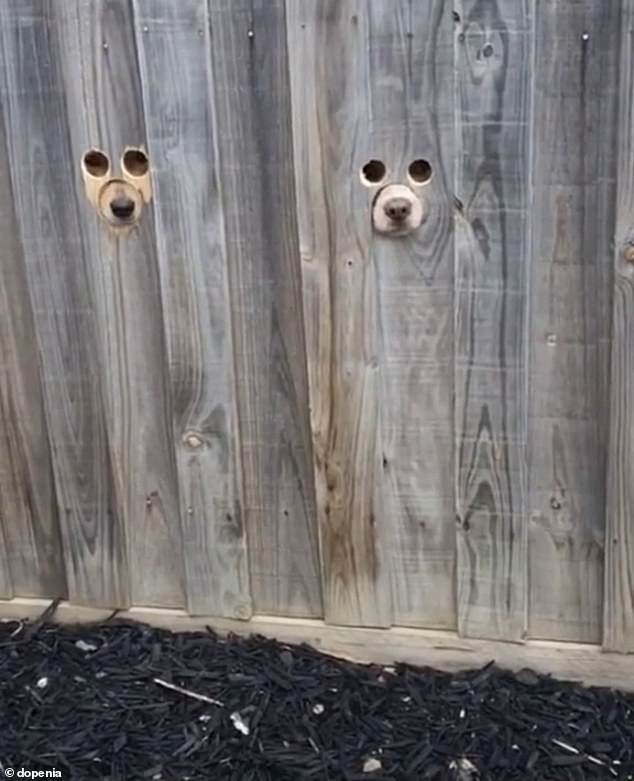 Peep holes for pets are popular amongst owners, as another Australian created three holes for their two labradors to poke their noses out of a fence (pictured)