A team of researchers at the British University of Oxford has developed a new vaccine to save the world from Ebola, as human trials of the vaccine begin today for the first time, according to the British newspaper, “Daily Mail”.

And the Oxford team is the same research team that developed the AstraZeneca vaccine for Corona, and researchers used the Ebola vaccine, currently known as ChAdOx1 biEBOV The same technology used in the “AstraZeneca” coronavirus vaccine.

The new vaccine is designed to treat strains of Ebola in Zaire and Sudan, the two most common and most deadly.

The trial will see 26 people between the ages of 18 and 55 who were vaccinated and monitored over a six-month period and another trial is set to begin in Tanzania by the end of the year.

The vaccination of patients will begin this morning, and the results of the study are expected to appear in the second half of 2022.

A phase one study will test the new vaccine’s safety, side effects, best dose and timing, and subsequent trials will test its efficacy against Ebola in the real world.

There are other Ebola vaccines based on the Zaire species, but the Oxford researchers hope the new vaccine will have a broader scope.

There are four types of Ebola virus known to cause disease in humans.

Of these, the Zairean species is the most lethal, causing death in 70% to 90% of cases if left untreated. 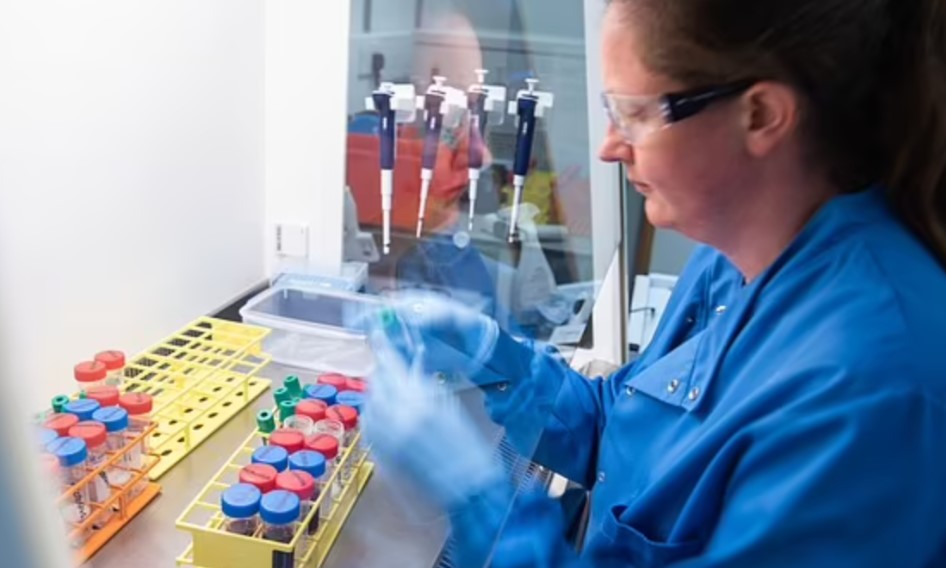 The Zaire subspecies is responsible for most outbreaks, including the 2014-2016 West African outbreak and the 2018 outbreak in eastern Democratic Republic of the Congo, in which more than 32,000 people were infected and more than 13,600 died.

The vaccine is based on a virus ChAdOx1 It is a weakened version of the common cold virus in chimpanzees that has been genetically modified so that it is impossible to reproduce in humans.

This method has already been used successfully in the AstraZeneca vaccine against Corona.

“Recent developments have led to the approval of vaccines against one of the viruses that causes Ebola virus disease,” said Dr. Daniel Jenkin, lead researcher on the trial at the Jenner Institute.

Ebola killed at least 11,000 people worldwide in the last major outbreak of the virus and decimated West Africa in 2014-2016.

The Ebola virus is transmitted to humans from wild animals, such as bats, porcupines and primates, and then spreads between humans through direct contact with body fluids and materials such as clothing and bedding.

There is currently a vaccine called Ervebo It has been shown to be effective in protecting people from the Zaire types of Ebola.

Another vaccine called . has been approved Zabdeno-and-Mvabea For use in May 2020 and consists of two doses delivered over an eight-week period.

There is an ongoing outbreak of the Ebola virus in the Democratic Republic of the Congo that began on October 8.