A new tool launched by the British University of Oxford has identified people most at risk of complications from a penetration of the corona vaccine or corona infection after vaccination, and according to a new study, although there were very few deaths after vaccination or hospital admissions in Britain, several were Groups at greater risk than others, according to what was published by “Medical News Today”.

Experts in Britain had developed a tool called QCOVID To assess risks to identify people most at risk of death or hospitalization due to the Corona virus, and this tool was before the development of vaccines and then it has been updated again now, and this tool was able to help the British government prioritize people to get vaccines as well.

The researchers said, in a paper that presents an updated tool called QCOVID3There is still a risk of sudden infection in people who have been fully or partially vaccinated.

and set tool QCOVID3 The new study includes several groups of vaccinated people who are at particular risk of death or hospitalization due to corona infection.

Study co-author Dr Julia Hipsley Cox, Professor of Clinical Epidemiology and General Practice at the University of Oxford said: “The UK was the first place to implement the vaccination program and has some of the best clinical research data in the world. We developed this new tool using a database QResearch To identify patients most at risk of serious outcomes despite vaccination. “

Dr. Hebesley Cox added: “This new tool can also inform discussions between clinicians and patients about the level of risk to aid in joint decision-making.”

The researchers explained that a small number of vaccinated people died or required hospitalization 14 days or more after vaccination, as this is assumed to be sufficient time for immunity to develop. 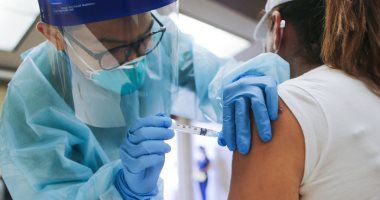 Study co-author Dr Aziz Sheikh, Professor of Research and Development in Primary Care and Director of the Usher Institute at the University of Edinburgh in the UK, said:

“This study of more than 5 million people vaccinated with two doses across the UK found that a small minority of people remain at risk of hospitalization and death with MERS-CoV infection. Our risk calculator helps identify those who remain at greatest risk after vaccination. “.

Groups most at risk of complications from corona after vaccination

Dr. Sheikh explained: “The tool has been designed QCOVID Our new product, which was developed with the help of experts from across the UK, to identify people at high risk who might benefit from interventions such as booster vaccine doses or new treatments such as monoclonal antibodies, which could help reduce the risk of developing a corona infection. serious.” 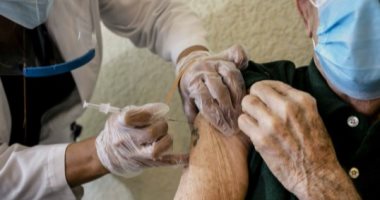 More than 6 million data sets of vaccinated adults were studied using the . algorithm QCOVID3 Of those adults, more than 5 million received two doses of the vaccine.

selected algorithm QCOVID3 The following groups are most at risk, in descending order:

-People with Down syndrome

People who have had a kidney transplant

People infected with HIV or AIDS

People with many rare neurological conditions

People with cirrhosis of the liver

The vaccinated Pakistani and Indian individuals were at twice the risk of fair-skinned individuals. 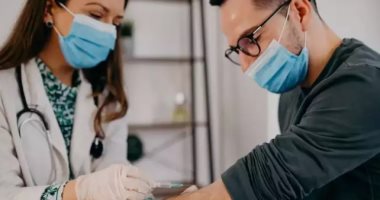 The arrangement of the Saudi League .. Hegazy leads Al-Ittihad to the top, Al-Hilal and Al-Nasr in the Golden Square